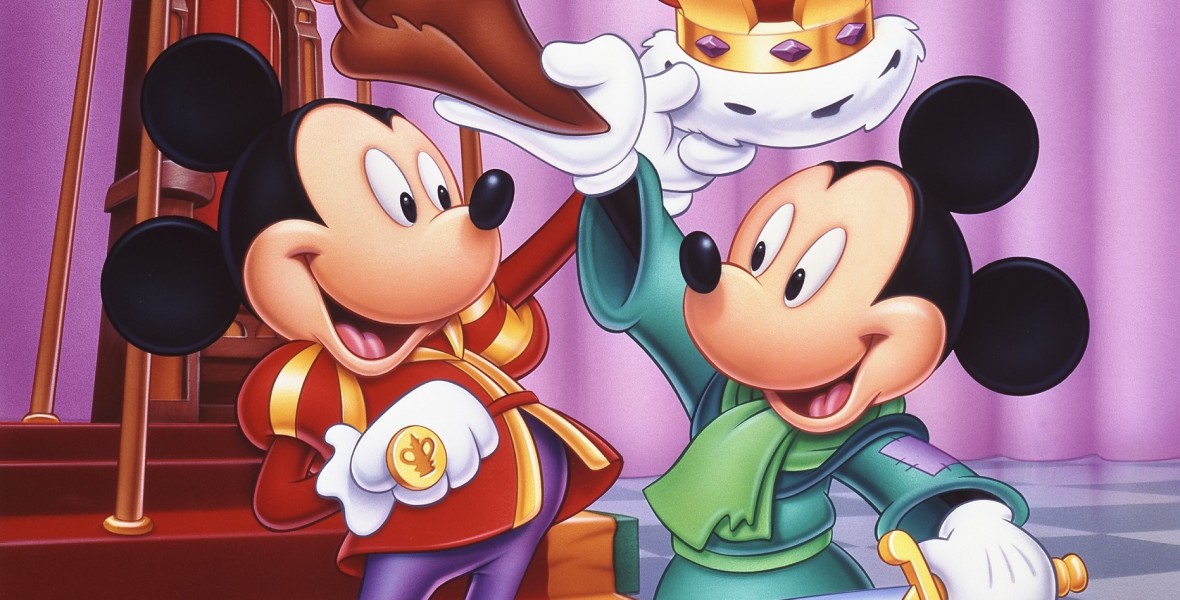 Prince and the Pauper, The (film) Animated featurette; released on November 16, 1990. 25 min. Directed by George Scribner. Mickey Mouse plays the classic dual roles of the impoverished youth and the prince who discover they look exactly alike. When the prince suggests they change places for a day, the evil captain of the guards, Pete, plots to take over the country after the king’s death. But the prince, aided by Donald Duck, and Mickey and his pals Goofy and Pluto, manages to save the day. Voices include Wayne Allwine (Mickey/Prince), Bill Farmer (Goofy), Arthur Burghardt (Captain Pete), Tony Anselmo (Donald), Roy Dotrice (narrator). Released with The Rescuers Down Under, and included an additional ten minutes of intermission animation, tying the two films together. Released on video in 1991.

Prince Ali Prince and the Pauper, The (television)