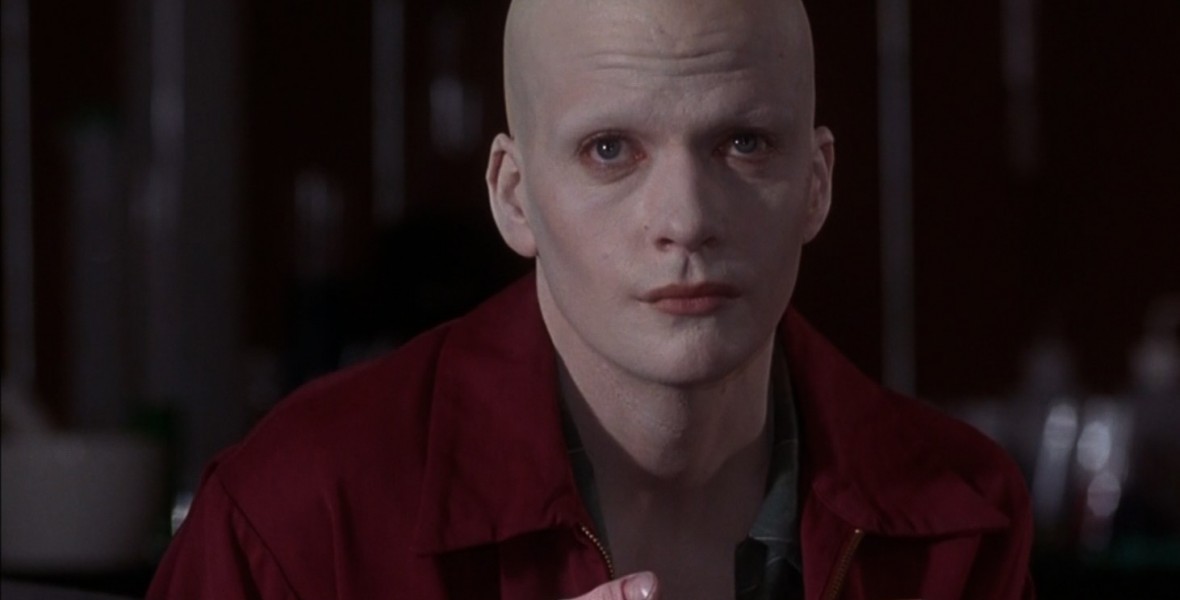 Powder (film) An enigmatic young man with startlingly white skin and extraordinary abilities is discovered living in the cellar of a remote farmhouse and brought to live in a community that does not quite know what to make of him. Befriended by the head of a school for troubled youths and an enthusiastic science teacher, the young man, known as Powder, demonstrates an astoundingly high IQ and a tremendous compassion to persist regardless of the distrust, hatred, and fear that his presence seems to generate. Ultimately, Powder has a profound effect on all who come in contact with him, but learns that he is the only one who can help himself. A Hollywood Pictures film in association with Caravan Pictures. Directed by Victor Salva. Released on October 27, 1995. Stars Sean Patrick Flannery (Powder), Mary Steenburgen (Jessie), Jeff Goldblum (Donald Ripley), Lance Henriksen (Sheriff Barnum). 111 min. Filmed in and around Houston, Texas. Special makeup for Powder was created by the Burman Studio and was applied with an airbrush. It took from two to three and a half hours to apply each day, and another hour to remove. Released on video in 1996.