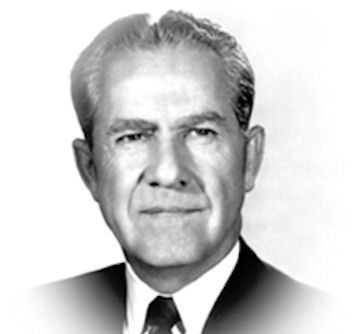 Potter, William E. (“Joe”) (1905-1988) Retired Army major general and Panama Canal Zone governor who was hired by Walt Disney in 1965 to direct construction of the infrastructure for Walt Disney World, utilizing techniques that were considered revolutionary at the time. After the park’s opening he became its senior vice president. He retired in 1974. He was named a Disney Legend posthumously in 1996.