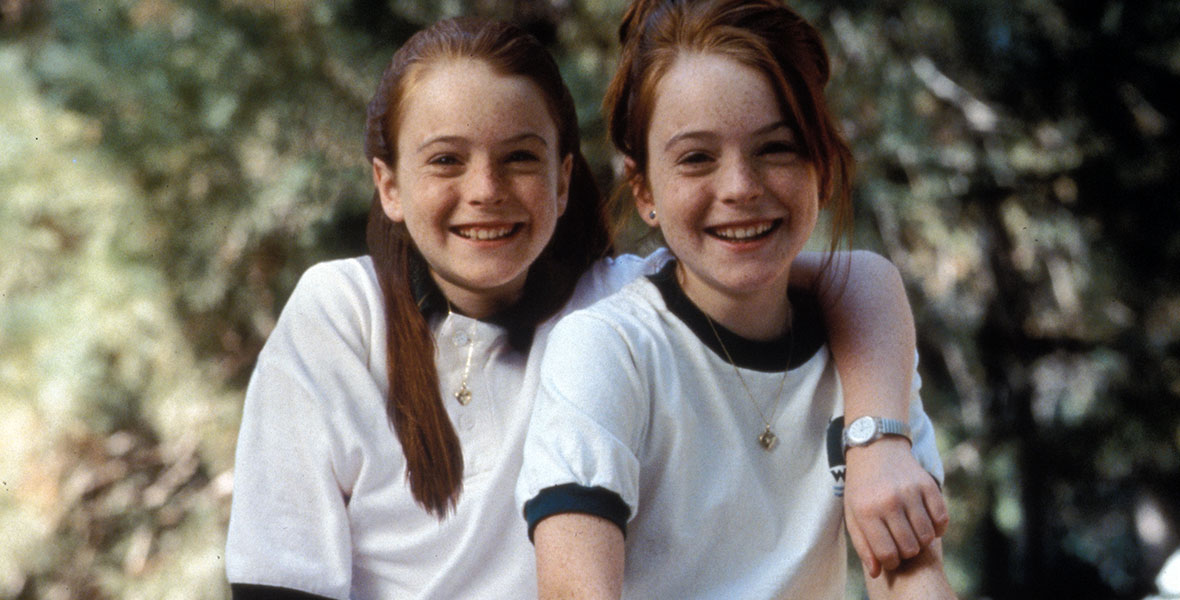 A remake of the 1961 Hayley Mills film.  This time the identical twins are Hallie and Annie, and when they meet for the first time at Camp Walden for Girls in Maine, they conspire to reunite their mom (a wedding gown designer in London) and dad (a vineyard owner in the Napa Valley), who never should have been apart.  Directed by Nancy Meyers.  Released on July 29, 1998.  Stars Dennis Quaid (Nick Parker), Natasha Richardson (Elizabeth James), Lindsay Lohan (Hallie/Annie), Lisa Ann Walter (Chessy), Elaine Hendrix (Meredith Blake).  128 min.  Joanna Barnes, who plays Mrs. Vicki Blake, played the role of Vicki in the original film.  Eleven-year-old newcomer Lohan hails from Long Island.  After filming in London, the production moved to the Staglin Family vineyard near Rutherford in California’s Napa Valley.  Camp Seely in Crestline, California, doubled for Camp Walden.  Special-effects technology has progressed tremendously in the 37 years since the original film, so it was much easier for the cinematographer, Dean Cundey, to accomplish the more than 100 shots combining both girls.  Released on video in 1998.