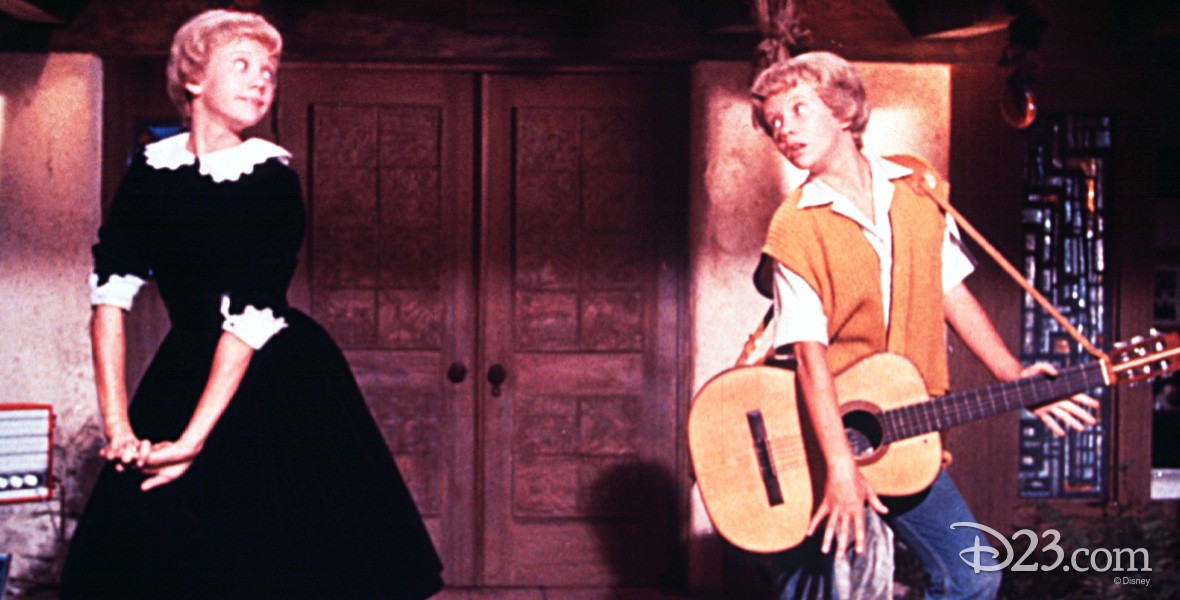 Parent Trap, The (film) After an imaginative title sequence using stop-motion animation (by experts T. Hee, Bill Justice, and X. Atencio) and the song “The Parent Trap” sung by Annette Funicello and Tommy Sands, the film introduces twins Sharon and Susan, who were separated as children by their divorced parents, and who accidentally meet during a summer at Camp Inch. Determined never to be separated again, the sisters decide to bring their parents, Mitch and Maggie, back together again. In this they have a rival, the devious Vicky, who wants to marry Mitch for his money. But after a fateful camping trip, Vicky finds living with the twins is not worth it and flees, leaving Mitch and Maggie to reunite happily. Released on June 21, 1961. Directed by David Swift. 129 min. Starring Hayley Mills in the dual role of both sisters. The careful use of double-exposure and split-screen shots, as well as a double for Hayley Mills, provided the illusion of the twins. With Maureen O’Hara (Maggie McKendrick), Brian Keith (Mitch Evers), Charlie Ruggles (Charles McKendrick), Joanna Barnes (Vicky Robinson), Una Merkel (Verbena), Leo G. Carroll (Rev. Mosby). Oscar nominations were awarded for Sound by Robert O. Cook, and for Film Editing by Philip W. Anderson. Richard M. Sherman and Robert B. Sherman provided the songs, which, besides the title song, included “For Now, For Always,” and “Let’s Get Together,” and these too added to the film’s enormous popularity. The film was shot mostly in California at various locales, including millionaire Stuyvesant Fish’s 5,200-acre ranch in Carmel, Monterey’s Pebble Beach golf course, and the studio’s Golden Oak Ranch in Placerita Canyon, where Mitch’s ranch was built. It was the design of this set that proved the most popular, and to this day the Walt Disney Archives receives requests for plans of the home’s interior design, but there, of course, never was such a house; the set was simply various rooms built on a soundstage. The film was re-released theatrically in 1968, and released on video in 1984 and 1992. The Studio later produced three television sequels starring Hayley Mills.