Home / Disney A to Z / M / Monorail
Skip to content 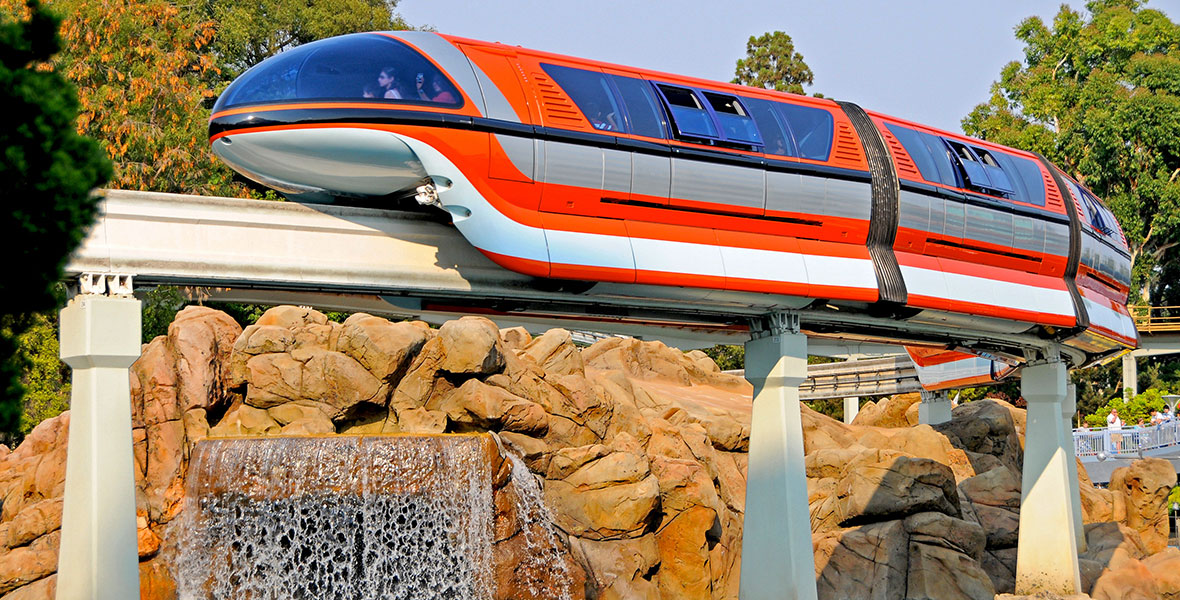 Monorail Tomorrowland attraction at Disneyland; opened June 14, 1959. It was the first daily operating monorail in the country, and was originally known as the Disneyland-Alweg Monorail System, with Alweg being the German company that aided in its design. The Monorail first glided on its beam around Tomorrowland, but it was extended, with new style Mark II trains, to the Disneyland Hotel in 1961. At this time, it was the first monorail in the country to actually cross a public street, and it became more of a transportation system than a theme park ride, serving to deliver hotel guests directly into the park and vice versa. Mark III trains were added in 1969. The Mark IV train was designed in 1971 for Walt Disney World; Mark VI trains began replacing the Mark IV there in 1989 and the changeover was completed in 1991. Mark V trains, at 137 feet long, made their debut in 1986-88. In the 1970s, Disney started a Community Transportation division to market the clean-running and dependable monorails and people-movers to cities, but the only installation was a people-mover at the Houston Intercontinental Airport. Later, the technology was licensed to Bombardier, Inc. At Walt Disney World, a Monorail transportation system, larger in scale, opened on October 1, 1971, connecting the main Ticket and Transportation Center at the parking lot with several of the hotels and the Magic Kingdom Park. A separate line was built all the way from the Ticket and Transportation Center to Epcot on June 1, 1982. A Mark VII debuted at Disneyland in 2008, with seating facing toward the windows.