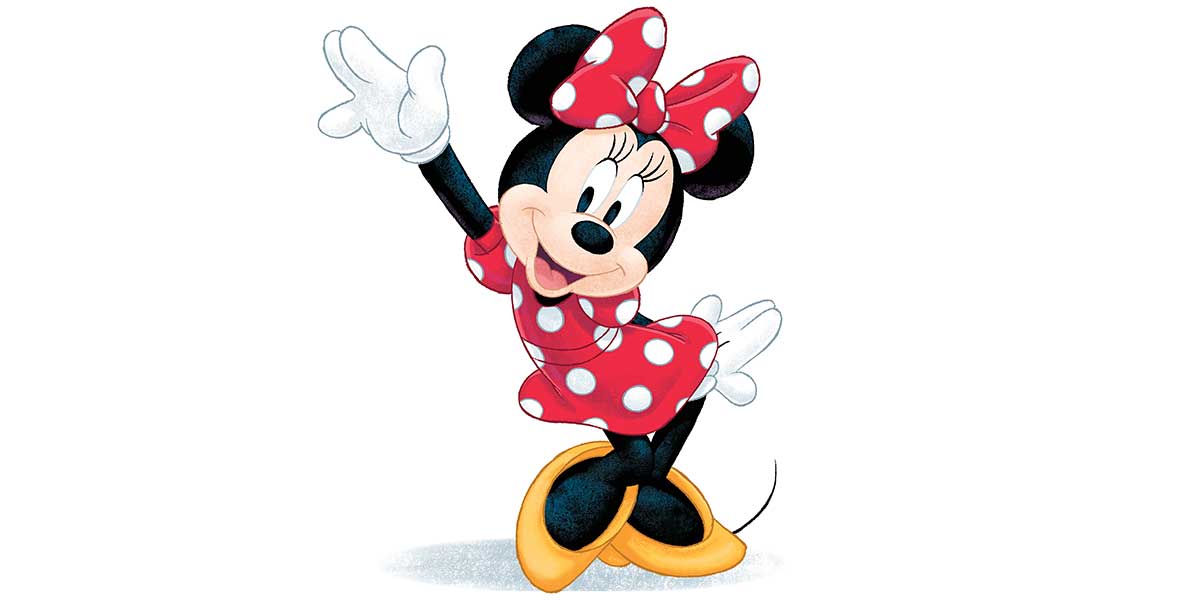 Minnie Mouse Mickey Mouse’s girlfriend also made her debut in Steamboat Willie on November 18, 1928. She did not have her own cartoon series, but appeared in 74 cartoons with Mickey Mouse and Pluto. She has been a popular character at the Disney parks, where 1986 was declared Minnie’s year, giving her much deserved recognition. Walt Disney and other staff members provided the voice for Minnie in the earliest cartoons, then in the early 1930s, Marcellite Garner from the Ink and Paint Department took over. She was succeeded by several others from that department, and currently the voice is supplied by Russi Taylor. Minnie Mouse has two nieces, Millie and Melody, who appeared in one 1962 comic book story.