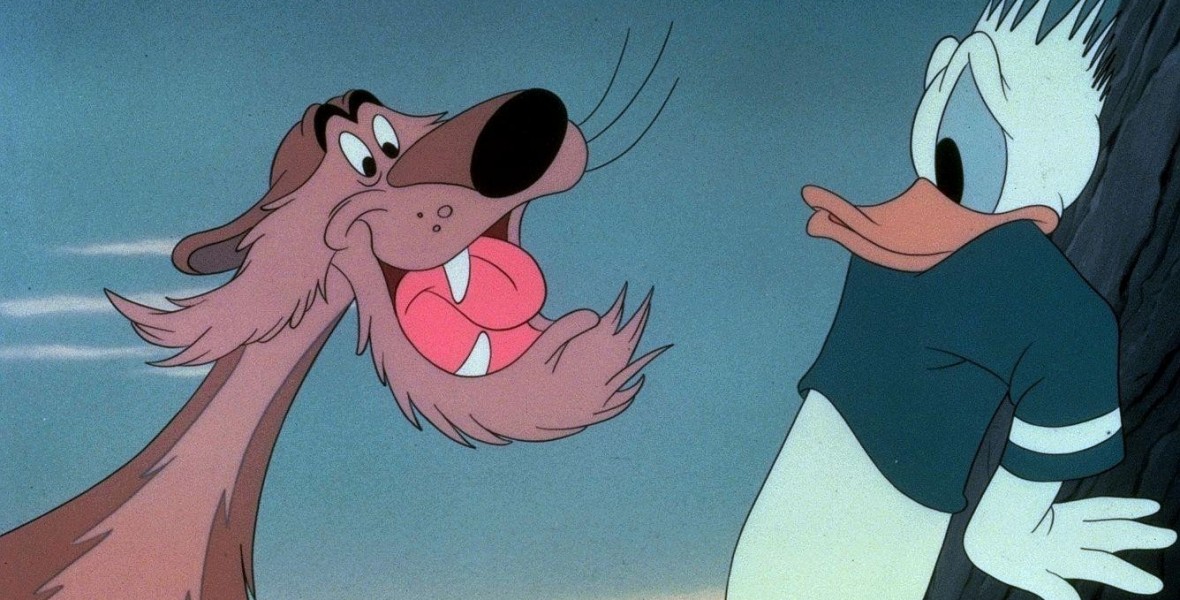 Lion Around (film) Donald Duck cartoon; released on January 20, 1950. Directed by Jack Hannah. The nephews disguise themselves as a lion to get a pie from Donald, who, when he discovers the trick, chases them and gets mixed up with a real lion to whom he must keep serving pies in order to stay alive.