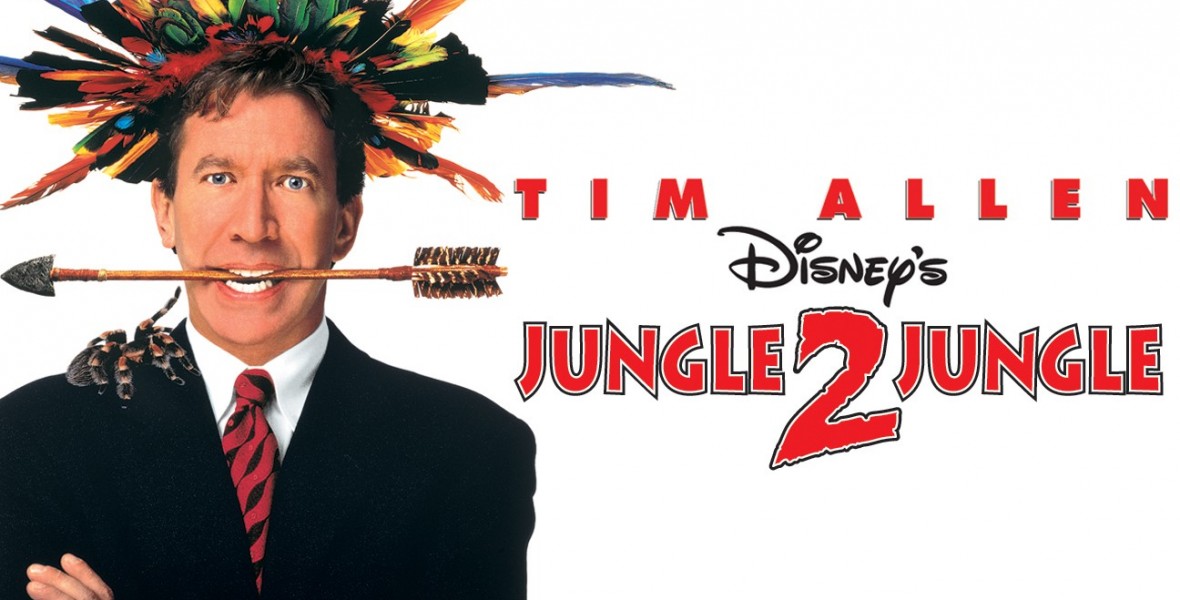 Jungle 2 Jungle (film)  Successful commodities trader Michael Cromwell is engaged to marry Charlotte, but first he must finalize his divorce from his estranged wife, Dr. Patricia Cromwell.  Leaving everything behind, including his hyperactive business partner, Richard, Michael travels deep into the Amazon jungle, where Patricia has been living since she left him, and gets the surprise of his life when he discovers that he has a 13-year-old son, Mimi-Siku, who has been raised among tribesmen.  Michael inadvertently agrees to take Mimi to visit his own jungle–New York City.  Cultures collide when the boy, who has more skill with blow darts than with social graces, comes to the most sophisticated city on the planet and wreaks havoc on his father’s life.  Meanwhile, Richard has bungled a coffee trade on the commodities market, and soon a group of sinister Russians is coming after Richard and Michael.  Eventually, the Russians are outsmarted, and Michael and Mimi learn some unexpected lessons from each other about the important things in life.  Directed by John Pasquin.  Released on March 7, 1997.  Stars Tim Allen (Michael Cromwell), Jobeth Williams (Dr. Patricia Cromwell), Martin Short (Richard), Sam Huntington (Mimi-Siku), Lolita Davidovich (Charlotte), David Ogden Stiers (Jovanovic).  105 min.  A remake of the French film Un indien dans la ville, released by Buena Vista in 1996 in a dubbed version as Little Indian, Big City.  For the jungle setting, the film’s producers selected a remote area near Canaima, Venezuela, experiencing all sorts of problems trying to make a film in a rain forest.  In New York, sequences were filmed throughout the city, and in suburban Pound Ridge and the Playland amusement park in Rye.  Released on video in 1997.