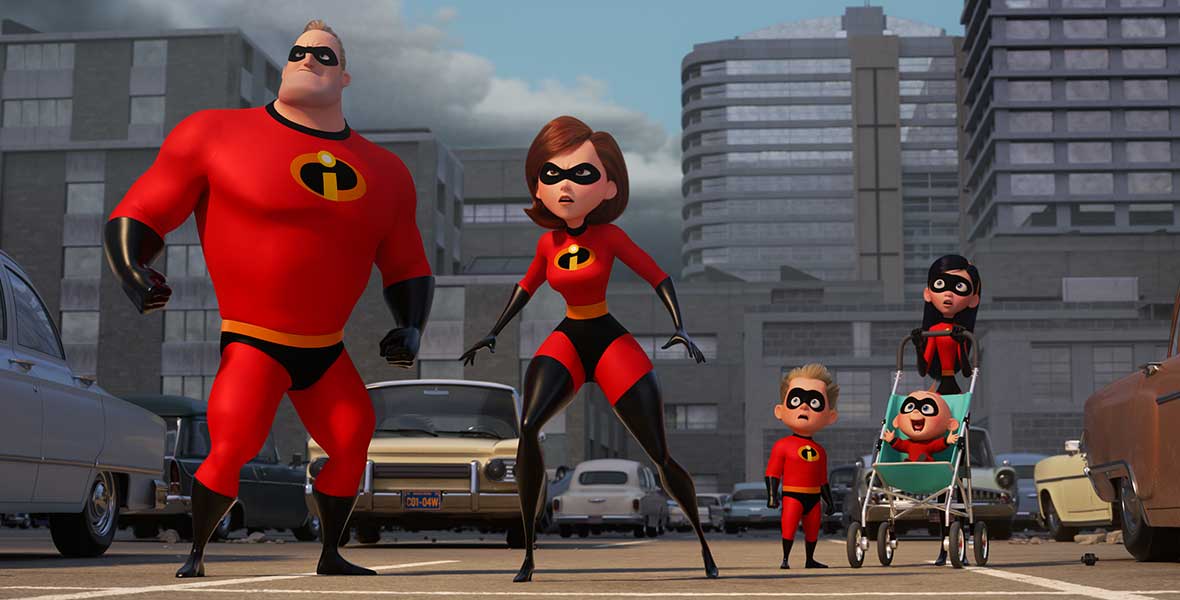 Incredibles 2 (film) Animated feature from Pixar Animation Studios. The Incredibles, a family of superheroes, is back. Helen leaves Bob at home with Violet and Dash to navigate the day-to-day heroics of “normal” life while she is out saving the world. It is a tough transition for everyone, made tougher by the fact that the family is still unaware of baby Jack-Jack’s emerging superpowers. When a new villain hatches a brilliant and dangerous plot, the family and Frozone must find a way to work together again—which is easier said than done. Directed by Brad Bird. Released, also in 3D and IMAX, on Jun. 15, 2018, after a Jun. 13 release in the Philippines. Voices include Holly Hunter (Helen Parr/Elastigirl), Craig T. Nelson (Bob Parr/Mr. Incredible), Sarah Vowell (Violet Parr), Brad Bird (Edna Mode), Samuel L. Jackson (Lucius Best/Frozone), Huck Milner (Dash), John Ratzenberger (The Underminer). 118 min. In Sep. 2018, it became the first animated feature to surpass the $600 million mark at the domestic box office. It was nominated for the Academy Award for Best Animated Feature of 2018 (Brad Bird, John Walker, Nicole Paradis Grindle).