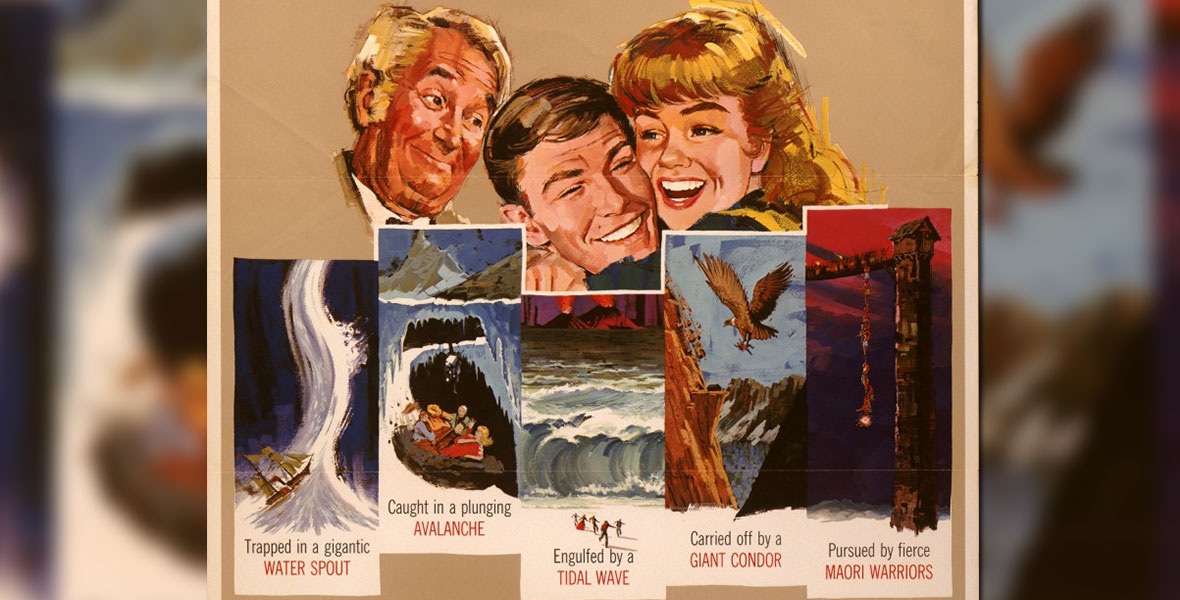 In Search of the Castaways (film) With good reason to believe that Captain Grant, skipper of the S.S. Brittania, is still alive, Lord Glenarvan, owner of the Steam Navigation Company, sets out to rescue him. Aboard his ship are Grant’s daughter and son as well as their companion, a Frenchman named Jacques Paganel. A series of hair-raising incidents as they travel the 37th parallel, including surviving an earthquake, flood, and attack by a giant condor, adds up to exciting adventure. In Australia, they team up with a former member of Grant’s crew, Thomas Ayerton, who turns out to be a gunrunner who had set Grant adrift. Eventually, in New Zealand, the children manage to outwit him and rescue Grant. From the Jules Verne story. World premiere in London on November 14, 1962; U.S. release on December 19, 1962. Directed by Robert Stevenson. 98 min. Stars Hayley Mills (Mary Grant), Maurice Chevalier (Prof. Paganel), George Sanders (Thomas Ayerton), Wilfred Hyde-White (Lord Glenarvan), Michael Anderson, Jr. (John Glenarvan). Young Keith Hamshere, who plays Hayley Mills’s younger brother Robert, was discovered by Disney talent agents while playing the title role in the original London production of the well-known musical Oliver. The film contained some of the most elaborate special effects of any Disney film to that time, with the set designers building a live volcano, part of the Andes Mountains, reproductions of the ports of Glasgow and Melbourne from the 1870s, along with a complete New Zealand Maori village. All of this was accomplished at Pinewood Studios in England. The special effects team was headed by Syd Pearson and Peter Ellenshaw. The songs, “Merci Beaucoup, ” “Grimpons, ” “Enjoy It, ” and “The Castaways Theme, ” were written by Richard M. Sherman and Robert B. Sherman. The film was re-released theatrically in 1970 and 1978 and released on video in 1984 and 1992.