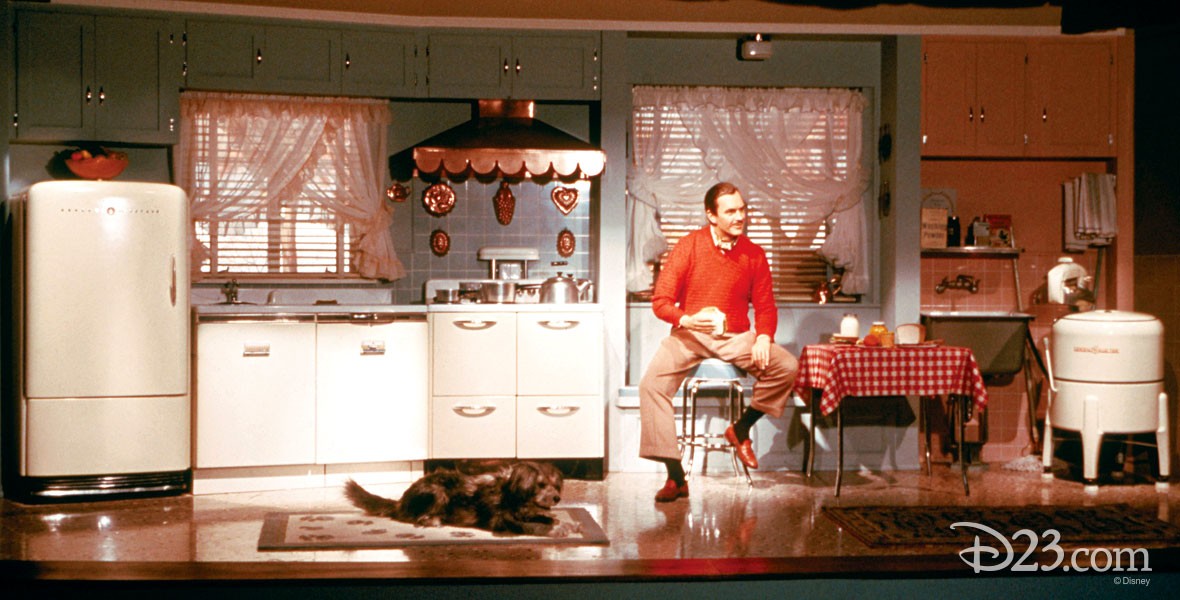 General Electric Carousel of Progress Attraction at the 1964-65 New York World’s Fair, later moved to Tomorrowland at Disneyland, where it opened July 2, 1967. Closed September 9, 1973 and moved to Walt Disney World. America Sings then moved into the carousel theater at Disneyland. At Disneyland, the attraction was tied to the theme song “There’s a Great Big Beautiful Tomorrow, ” which echoed General Electric’s then current philosophy. The attraction featured the increased importance of electricity in the home through four different scenes of an Audio-Animatronics family. When the attraction moved to Walt Disney World, where it opened on January 15, 1975, the theme song changed to “The Best Time of Your Life, ” reflecting General Electric’s changed philosophy. General Electric ended sponsorship in 1985, but the attraction continues to operate, and to satisfy nostalgia buffs, the song “There’s a Great Big Beautiful Tomorrow” was returned during a 1993 rehab, which also saw a theming of the four tableaux to various holidays. It was renamed Walt Disney’s Carousel of Progress in 1994.