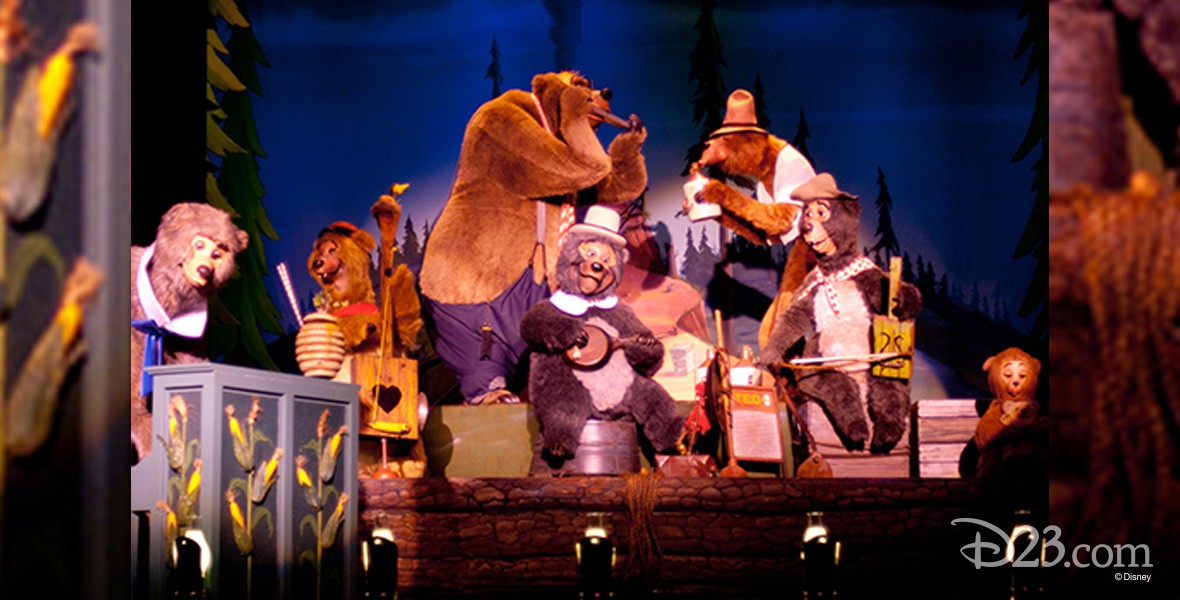 Country Bear Jamboree Attraction Magic Kingdom Park at Walt Disney World, opened on October 1, 1971. This was the first major park attraction to debut at Walt Disney World and then to be copied for the other Disney parks. It features 18 Audio-Animatronics bears in a tuneful country-music show. The attraction was originally designed as a show for the Mineral King ski resort which Disney had planned on building in the 1960s. It was built later as a Bear Country (later Critter Country) attraction at Disneyland, opening on March 24, 1972. A new show, Country Bear Christmas Special, with new sets, decorations, and costumes, debuted in November 1984, and another, The Country Bear Vacation Hoedown, in February 1986. The Disneyland attraction was renamed the Country Bear Playhouse on July 4, 1986, and closed on September 9, 2001, to make way for a Winnie the Pooh attraction. Also in Westernland at Tokyo Disneyland, opened on April 15, 1983.