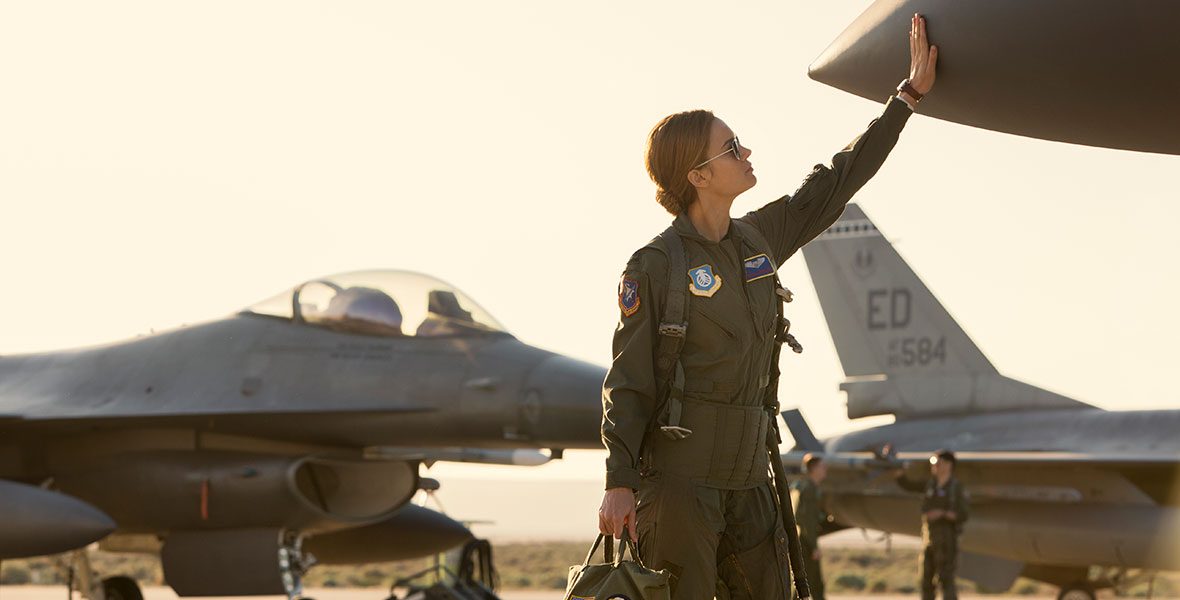 Captain Marvel (film) Leaving her earthly life behind, Carol Danvers joins an intergalactic elite Kree military team called Starforce, led by their enigmatic commander, Yon-Rogg. But after Danvers has trained and worked with the Starforce team, and become a valued member, she finds herself back on Earth with new questions about her past. While on Earth, she quickly lands on the radar of Nick Fury, and they must work together against a formidable enemy in the form of the Skrulls—the notorious Marvel bad guys made even more dangerous by their shape-shifting abilities—and their leader, Talos, who is spearheading a Skrull invasion of Earth. Released on Mar. 8, 2019, also in 3D and IMAX, after a Mar. 6 release in Sweden, South Korea, and other countries. Based on the beloved Marvel comic book series first published in 1967. Directed by Anna Boden and Ryan Fleck. Stars Brie Larson (Carol Danvers/Captain Marvel), Samuel L. Jackson (Nick Fury), Ben Mendelsohn (Talos), Annette Bening (Supreme Intelligence), Clark Gregg (Agent Coulson), Jude Law (Yon-Rogg). Goose was played primarily by a tabby cat named Reggie, who had three stand-ins (Archie, Gonzo, and Rizzo). 124 min. Filmed in widescreen format.