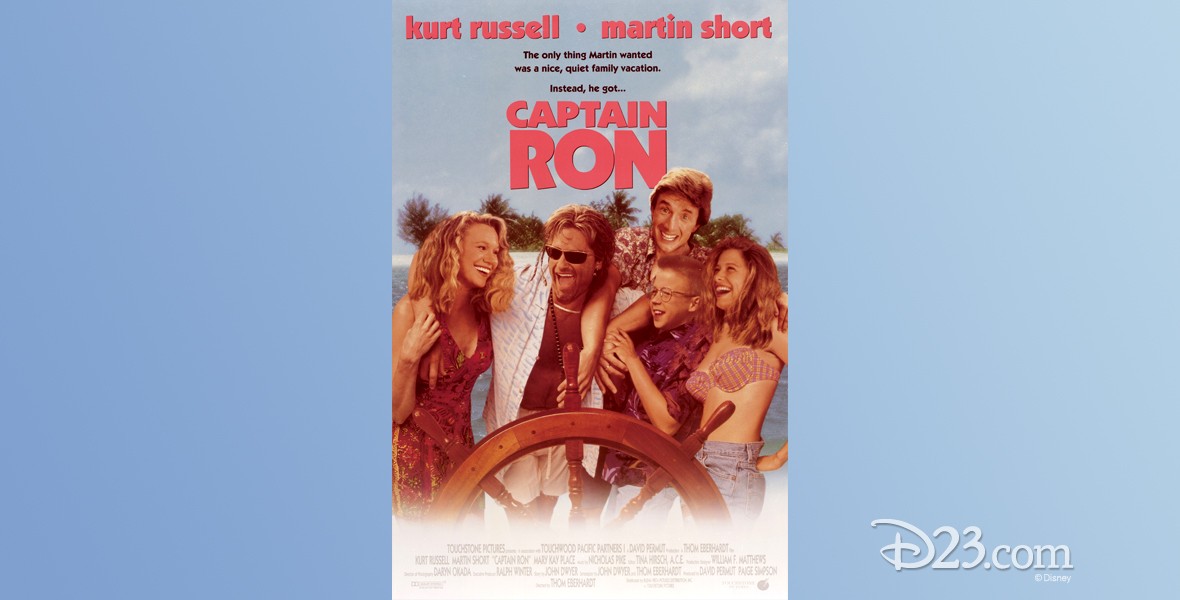 Captain Ron (film) Floundering in a sea of stress, corporate executive, Martin Harvey, dreams of glamour, adventure and nonstop cruises when he inherits his uncle’s yacht. But, when the family casts off, they soon discover the newly-acquired craft is badly in need of an overhaul. Not knowing where to turn, the Harveys find their chances for a spontaneous adventure resurfacing when they encounter Captain Ron, a bedraggled and dreadlocked happy-go-lucky professional seafarer with dubious nautical skills. Even though the Harveys worry about Captain Ron setting a bad example for their children, a trip with him brings exciting adventures with guerrillas and pirates and a new-found respect for the bumbling sailor and his carefree nature. Released on September 18, 1992.  Directed by Thom Eberhardt. A Touchstone film. 100 min. Stars Kurt Russell (Captain Ron), Martin Short (Martin Harvey), Mary Kay Place (Katherine Harvey). Much of the filming took place in and around Puerto Rico. Two identical 58-foot ketches from Florida became the before and after versions of “The Wanderer.” Released on video in 1993.