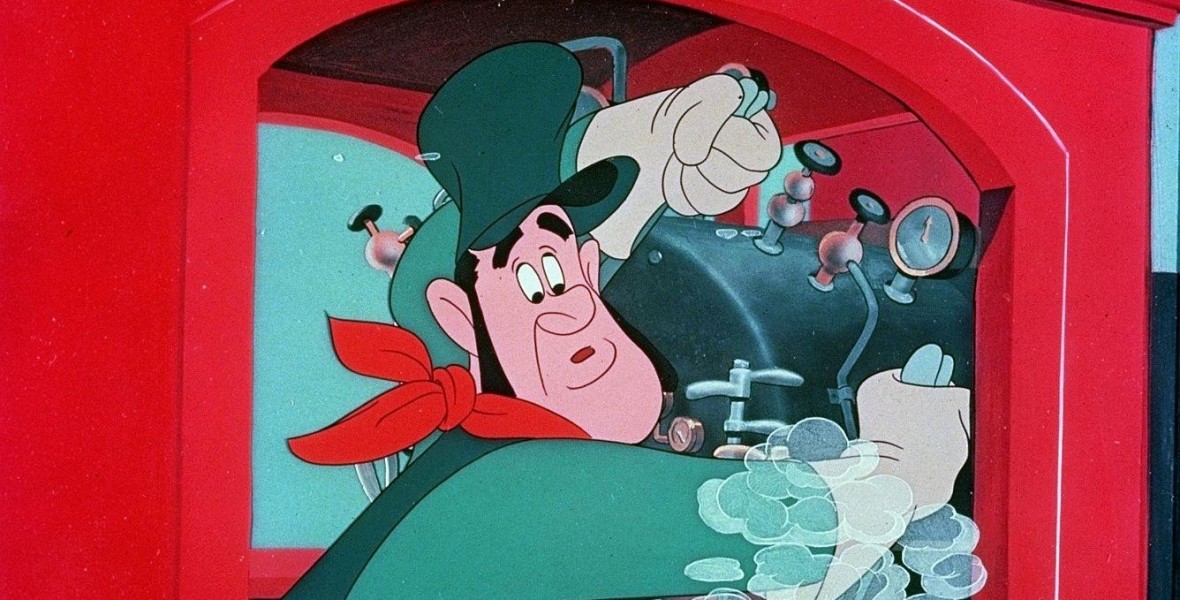 Brave Engineer, The (film) Special cartoon; released on March 3, 1950. Directed by Jack Kinney. Casey Jones is determined to get his train to the station on time, in spite of train robbers, a flood, and a head-on collision with another train. Although late, Casey finally arrives in the wrecked locomotive, with his watch reading “On Time . . . Almost.”