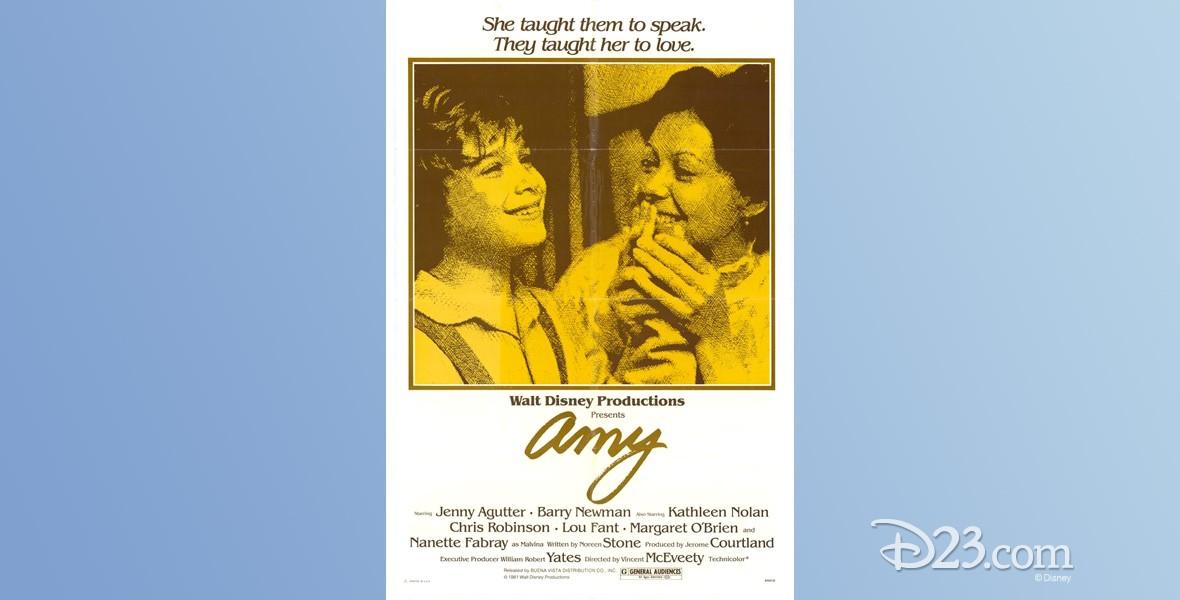 Amy (film) Amy is a young mother who has recently lost her cherished deaf son. She leaves her domineering and insensitive husband to go to a school to teach the deaf to speak in an era when sign language was considered the only feasible means of communication. In helping her students to overcome their handicaps, she herself learns to be independent and self-reliant. Released on March 20, 1981. Directed by Vincent McEveety.  99 min. Stars Jenny Agutter (Amy), Barry Newman (Dr. Ben Corcoran), Kathleen Nolan (Helen), Chris Robinson (Elliott), Lou Fant (Lyle), Margaret O’Brien (Hazel), Nanette Fabray (Malvina). The characters of the deaf children were played by students from the California School for the Deaf. A shortened educational film version (31 1/2 minutes) was titled Amy-on-the-Lips, which was the working title of the feature. Released on video in 1981 and 1985.