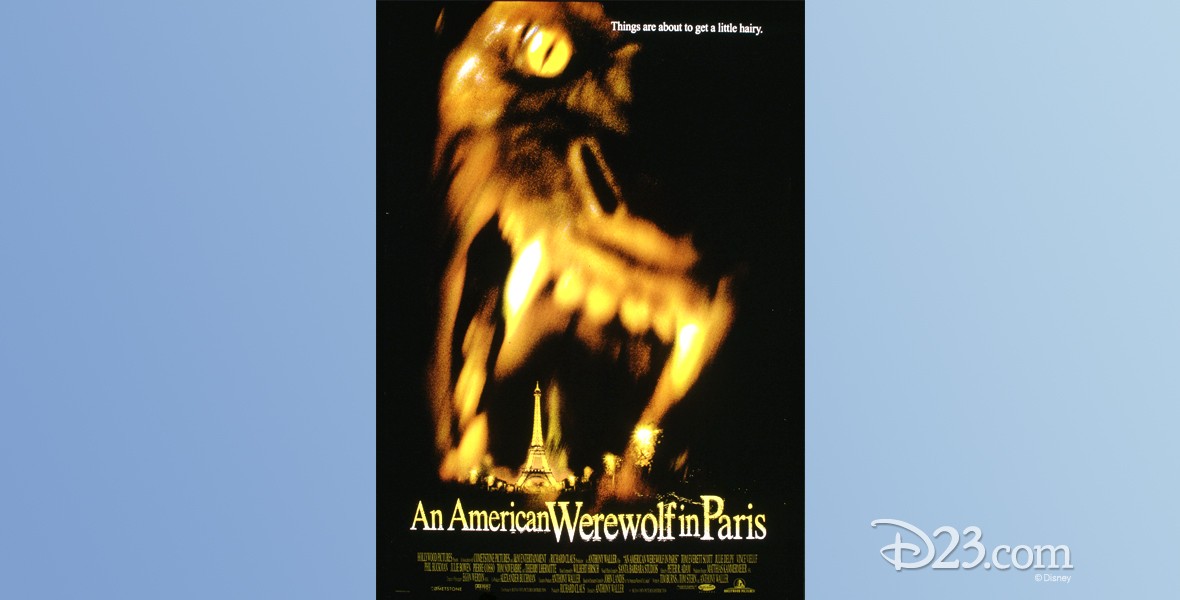 American Werewolf in Paris, An (film) Three young American college graduates, Andy, Brad, and Chris, travelling across Europe on a self-styled “Daredevil Tour,” descend upon Paris seeking some serious fun and adventure. While planning a bungee jump from the Eiffel Tower, Andy sees the woman of his dreams, the beautiful and mysterious Serafine, intent on committing suicide. He makes the split-second decision to jump to save her, which he does, but he is injured and knocked unconscious and she escapes. In searching for her, he discovers that, when the moon is full, she turns into a werewolf, and it is happening to him too. A Hollywood Pictures release, in association with Cometstone Pictures and J&M Entertainment. Released on December 25, 1997. Directed by Anthony Waller. Stars Tom Everett Scott (Andy), Julie Delpy (Serafine), Vince Vieluf (Brad), Phil Buckman (Chris), Julie Bowen (Amy), Pierre Cossi (Claude), Tom Novembre (Inspector LeDuc), Thierry Lhermitte (Dr. Pigot). 98 min. Based on the characters created by John Landis in An American Werewolf in London (1981). Filmed on location in France, Luxembourg, and Holland.