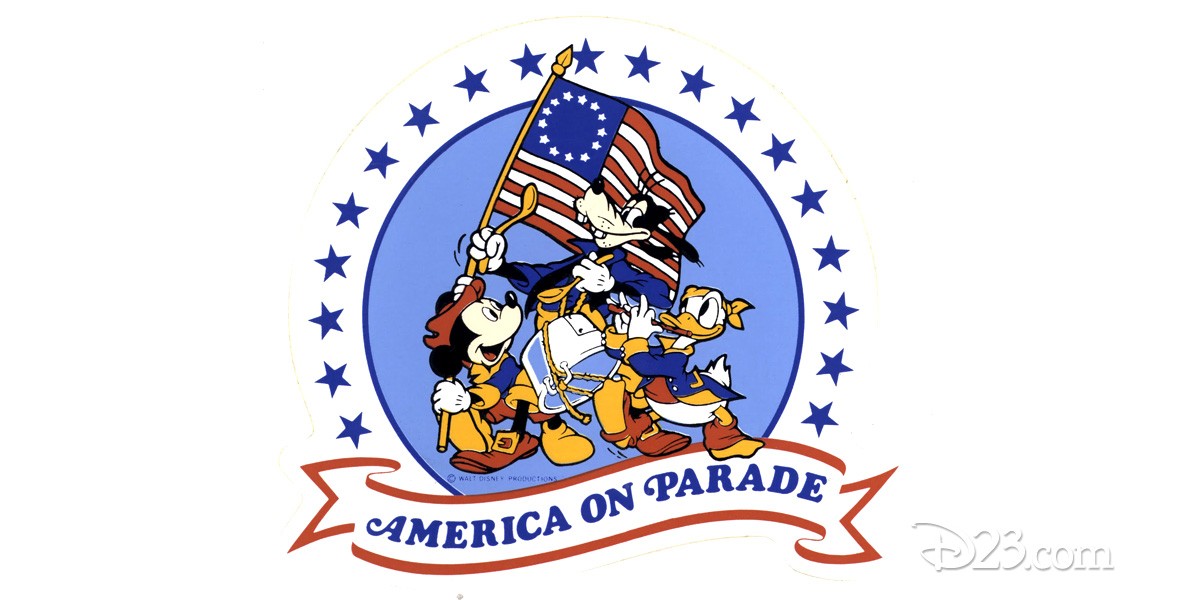 America on Parade Special American Bicentennial parade, at Walt Disney World from June 6, 1975 to September 6, 1976. Also at Disneyland from June 12, 1975 to September 12, 1976. Disney designers, led by entertainment head Bob Jani came up with special floats and a series of costumes featuring oversized heads that told the story of America’s history, culture, and achievements, from its pioneers to the present, all marching to a soundtrack of American popular songs recorded from a band organ, the Sadie Mae. The parade was led by Mickey Mouse, Donald Duck, and Goofy as the “Spirit of ‘76.”