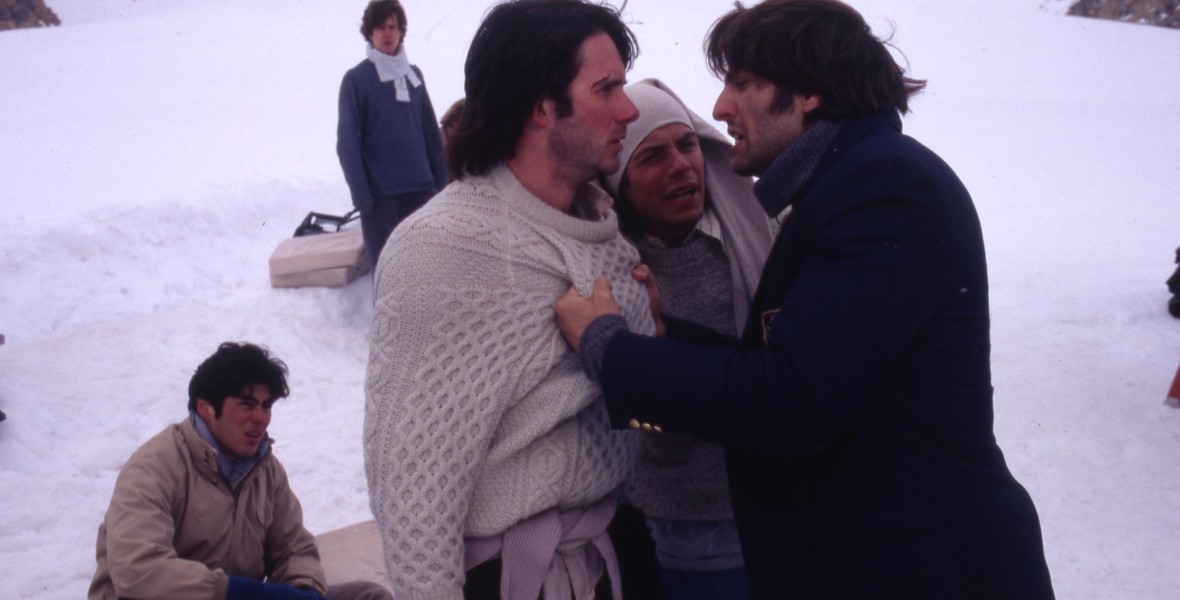 Alive (film) In 1972, an airplane carrying a rugby team of Uruguayan college students crashes in the Andes en route to a game in Chile. Flying in poor visibility, the plane’s wing clipped the side of a mountain, and the aircraft came to rest on the snow-covered Tinguiririca volcano at 11,500 feet. Several of the passengers and most of the crew died instantly, but the majority survived and waited to be rescued. On the eighth day they learned via transistor radio that official search operations had been abandoned. Soon their food and drink was gone, and facing a certain future of starvation and death, they resorted to cannibalism. Finally, after ten weeks, two men, Nando and Roberto, left camp and bravely traveled over the Andes where they were able to find help. Directed by Frank Marshall. Released on January 15, 1993. A Touchstone film, being a co-production with Paramount Pictures, with the latter handling foreign distribution. Based on the book by Piers Paul Read. 126 min. Stars Ethan Hawke (Nando Parrado), Vincent Spano (Antonio Balbi), Josh Hamilton (Roberto Canassa). The producers were able to obtain the usage of the exact type of aircraft involved in the crash—a Fairchild F-227 twin-engined turboprop. The plane crash was one of the most realistic ever filmed. Doubling for the actual location, the filmmakers used the Delphine glacier at an altitude of 9,500 feet in the Columbia Mountains near Panorama, British Columbia. The actual survivors of the crash were consulted to make the production as accurate as possible, and one of them, Nando Parrado, served as technical advisor. Released on video in 1993. A special video entitled Alive: 20 Years Later was also released in 1993.

Aliens of the Deep (film) All About Magic (television)