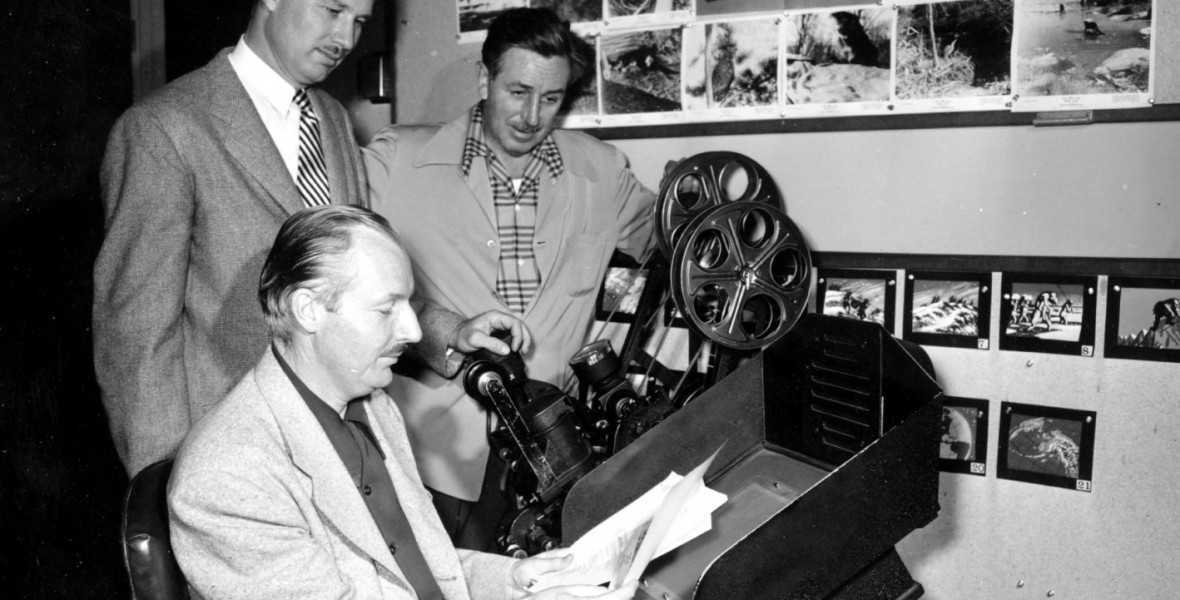 Algar, James (1912-1998) He joined Disney in 1934 as an animator and worked on Snow White and the Seven Dwarfs. Later became animation director on The Sorcerer’s Apprentice and sequences of Bambi and The Adventures of Ichabod and Mr. Toad. Directed several of the True-Life Adventures, and produced The Gnome-Mobile and numerous television shows and park films, such as the Circle-Vision productions. He was honored as a Disney Legend in 1998.