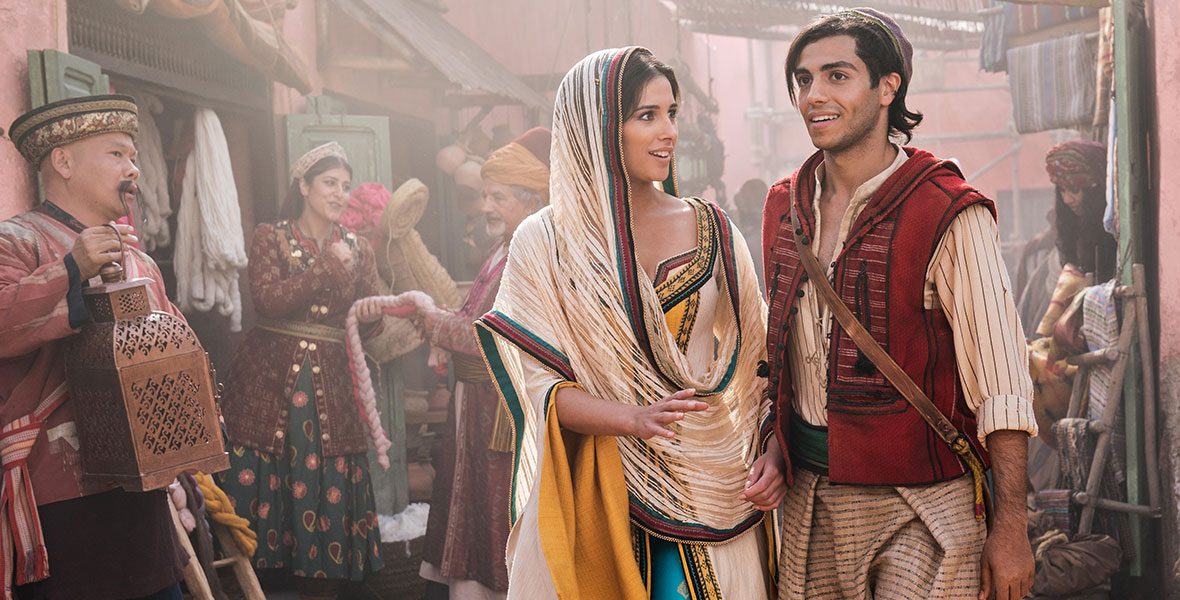 Aladdin (film) A live-action adaptation of Disney’s animated classic. The streets of Agrabah are home to Aladdin, a charming street rat who is eager to leave his life of petty thievery behind, believing he is destined for greater things. Across town, the Sultan’s daughter, Princess Jasmine, longs to experience life beyond the palace walls and use her title to better serve the people of Agrabah. After Aladdin accidentally conjures up the Genie, he and Jasmine embark on a dangerous and exciting adventure that will test their faith in themselves and their love for one another. Directed by Guy Ritchie. Released May 24, 2019, also in 3D and IMAX 3D, after a May 22 release in Belgium, the Philippines, and other countries. Stars Will Smith (Genie/Mariner), Mena Massoud (Aladdin), Naomi Scott (Jasmine), Marwan Kenzari (Jafar), Navid Negahban (Sultan), Nasim Pedrad (Dalia), Billy Magnussen (Prince Anders), Numan Acar (Hakim). 128 min. Includes contemporary new recordings of the original songs from the 1992 animated feature, with two more added—a new version of “Arabian Nights” and “Speechless”—written by the original composer, Alan Menken, and songwriters Benj Pasek and Justin Paul. Aladdin’s sidekick, Abu, while entirely digital, was based on a Capuchin monkey. Filmed in widescreen format at Longcross Studios and Arborfield Studios in the U.K. and on location in Jordan.