Home / Disney A to Z / A / Adventureland Bazaar 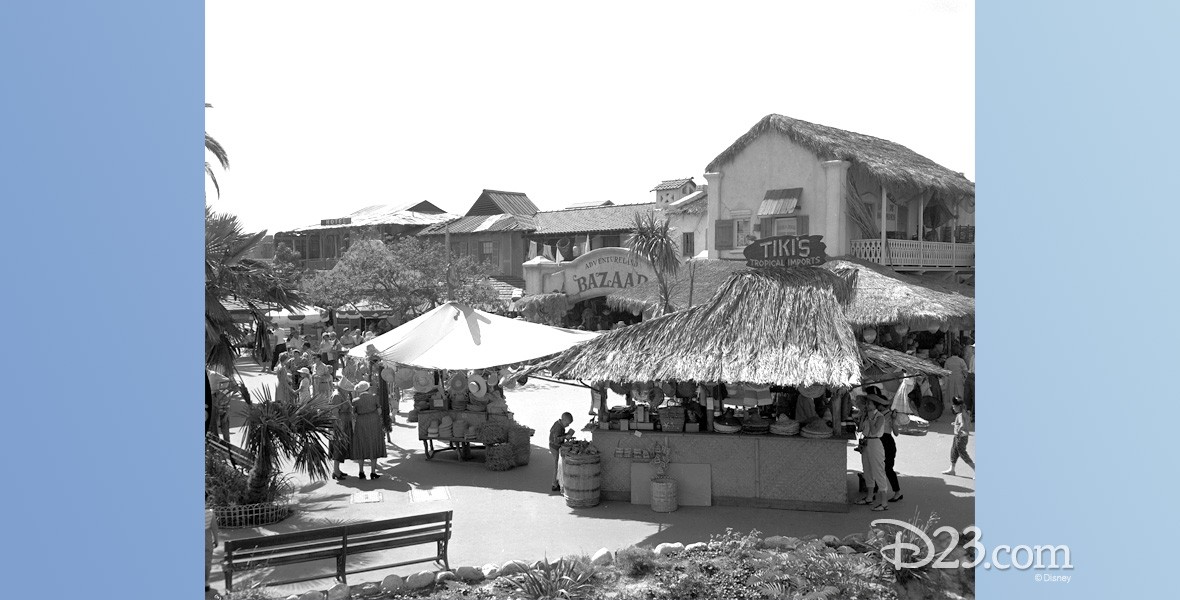 Adventureland Bazaar Shop in Adventureland at Disneyland, featuring leather, wood-carvings, jewelry, ceramics, and other exotic wares from around the world. Opened on July 17, 1955. A number of years later designers working on a rehab of this shop had a very short construction schedule, so they dug around in the warehouses at Disneyland and found two of the old ticket booths that used to be in front of Disneyland attractions, which they then disguised as sales counters. They were removed during a major remodelling in 1994. Also at Tokyo Disneyland; opened April 15, 1983.