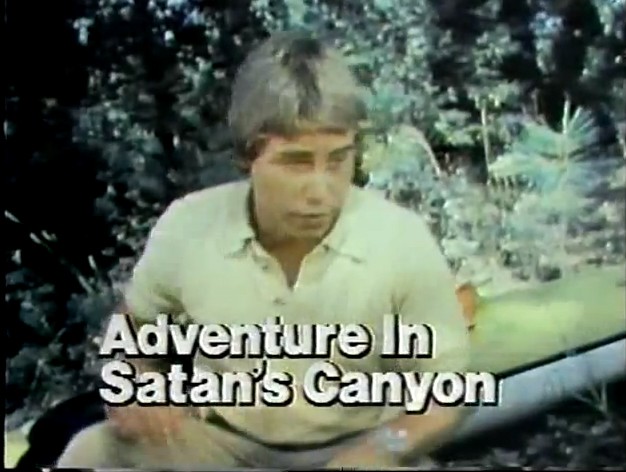 Adventure in Satan’s Canyon (television) Television show, aired November 3, 1974. Directed by William Beaudine, Jr. A young man tries to master the kayak, and becomes a hero in helping to save his coach, who is badly injured in an accident. To accomplish this feat, the young man has to navigate some very dangerous rapids in his kayak, giving himself confidence. The show was filmed in the wilds of the Pacific Northwest, and along the Stanislaus River in California. Stars Richard Jaeckel, David Alan Bailey, Larry Pennell.