Still dancing to Guardians of the Galaxy Vol. 2‘s awesome soundtrack? Well, we’ve got just the video to help you get your groove on. Our friends at Disney India have mashed together a retro Hindi disco song and the Guardians of the Galaxy Vol 2 trailer to create this special promotional video that will have your toes tapping long before the first chorus of “Jhoom Jhoom Jhoom Baba” kicks in.

Disney India acquired the rights to the song (from the 1984 Hindi film Kasam Paida Karne Wale Ki) for this special teaser intended for Indian audiences. “[The] ‘Guardians of the Galaxy’ are a super-cool set of Super Heroes who believe in having a ball as they save the galaxy. As music is a dominant aspect of the movie, we thought it would be a great idea to revive a retro hit dance for the Hindi version,” Amrita Pandey, vice president, Studios, Disney India, said in a statement, adding, “After listening to some popular songs from 1980s, the team unanimously felt ‘Jhoom Jhoom Jhoom Baba’ echoes the fun spirit associated with the Guardians. The song is about making the best of the moment and enjoying it, just like these Super Heroes. We hope the mash-up for Guardians Of The Galaxy Vol. 2 will be enjoyed by existing and innumerable new fans in India.”

For more out-of-this-galaxy beats, check out the film’s official soundtrack—Guardians of the Galaxy Awesome Mix Vol. 2—available now. And D23 will catch you up on everything you need to know before you see the film, plus, we’ll even tell you which Guardian of the Galaxy you are. 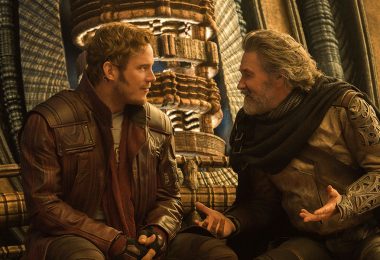 What We Know About Star-Lord’s Father in Guardians of the Galaxy Vol. 2 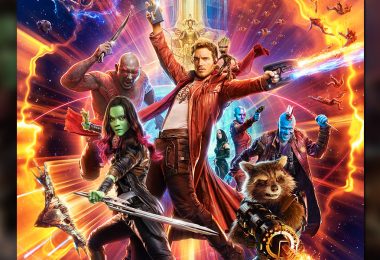