Home / News / D23 Exclusive / Winnie the Pooh and the Honey Tree: Did You Know?

The wrong sort of bees and a very tight squeeze give Pooh Bear a bit of a bother in Walt Disney’s Winnie the Pooh and the Honey Tree (1966), the first of the beguiling animated featurettes to introduce the huggable bear of very little brain to the big screen. We asked Disney historian Jim Fanning to “think-think-think” of a Pooh-rade of fun facts fans might not know about Winnie the Pooh and the Honey Tree, which was released on February 4, 1966. 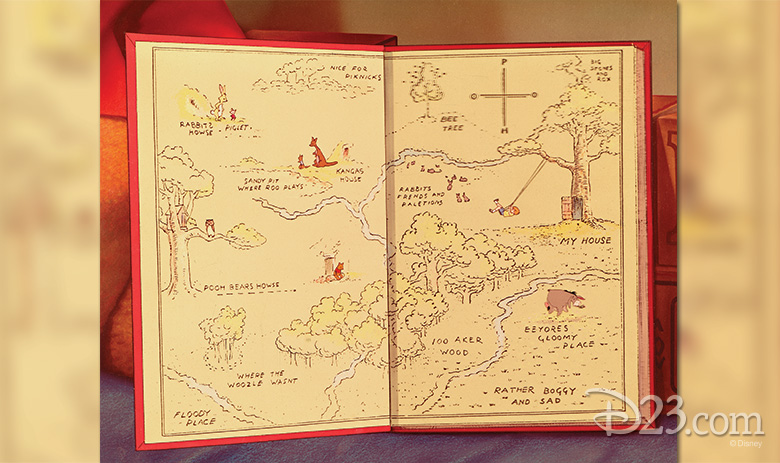 Disney Daughter Delivers Pooh-lightful Inspiration
Walt discovered the Winnie the Pooh books thanks to his book-loving daughter, Diane Disney Miller. “Dad would hear me laughing alone in my room and come in to see what I was laughing at,” Diane later recalled. “It was usually the gentle, whimsical humor of A. A. Milne’s Pooh stories. I read them over and over, and then many years later to my children, and now to my grandchildren.” Walt sought the screen rights as early as 1937, and continued to pursue this Pooh-ticular property over the years, but it wasn’t until June 1961 that he acquired the rights. Interestingly, it was NBC that held the rights from the early 1940s. In 1947, NBC aired a live-action special called A Day in the Life of Christopher Robin, and in 1960, just before Disney obtained the rights (and right before Walt joined NBC as a new home for his weekly TV show), a puppet version was presented on NBC’s Shirley Temple Theatre. 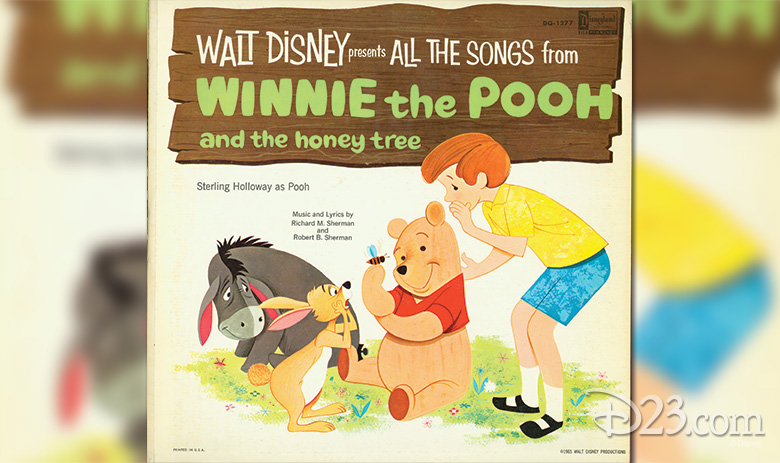 The Shermans Got By With a Little Help From a Pooh Friend
When Walt assigned A.A. Milne’s Pooh stories to Disney Legends Richard and Robert Sherman in 1963, the songwriting siblings found the delicate charm a creative challenge. For insight, they turned to British-born Tony Walton, who was then designing costumes for Mary Poppins (1964). “He spent several hours with us explaining how important the Pooh stories were to him while he was growing up,” remembered Richard. “He identified with pudgy Pooh, who always came out on top.” Suddenly, the Shermans saw the wonder and wisdom behind the Winnie the Pooh whimsy. The original books are sprinkled with Pooh’s songs, called “hums.” “They weren’t really songs,” Richard observed. “They were like little feathers in the breeze, so we wanted to get that feel in our songs—that if Milne had written a song, he most likely would have written it that way. We wanted to be Milnesque but it had to be Disney, too.” 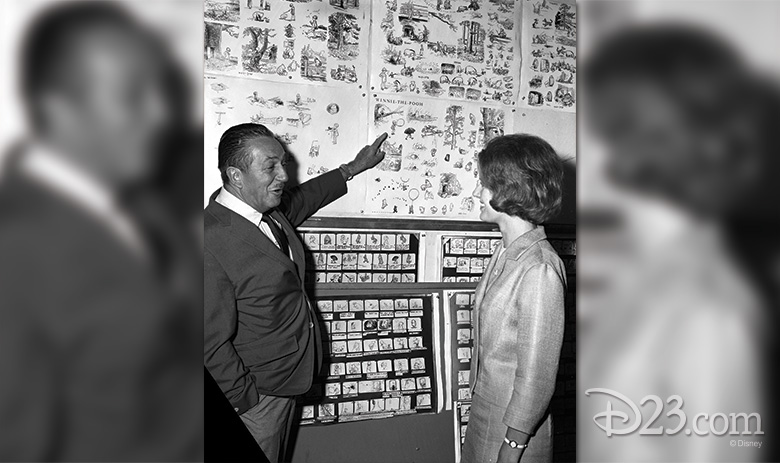 Pooh Illustrations Offer Inspiration
Walt wanted his animation team to not only preserve the whimsy of Milne’s prose but also the artistic style of Ernest H. Shepard’s delightful drawings—so the onscreen character designs sprang from the pen-and-ink perfection of the Pooh-sonalities as drawn by the famed illustrator. As Milne created the stories based on the stuffed animals of his son, the real Christopher Robin, so Shepard based his illustrations on the boy’s real toys. But Shepard actually modeled his drawings of the little boy after his own son, Graham, while Pooh was drawn to look like Graham’s teddy bear, Growler. “Growler was the original teddy, a great big yellow bear,” revealed the illustrator. “He lost his growl quickly, of course, from being pressed so much.” No where is the Shepard charm more lovingly preserved onscreen than in the “100 Aker Wood” endpaper map that opens the animated story—a map that in the Pooh book is labeled, “Drawn by Me [meaning Christopher Robin] and Mr. Shepard Helpd.” 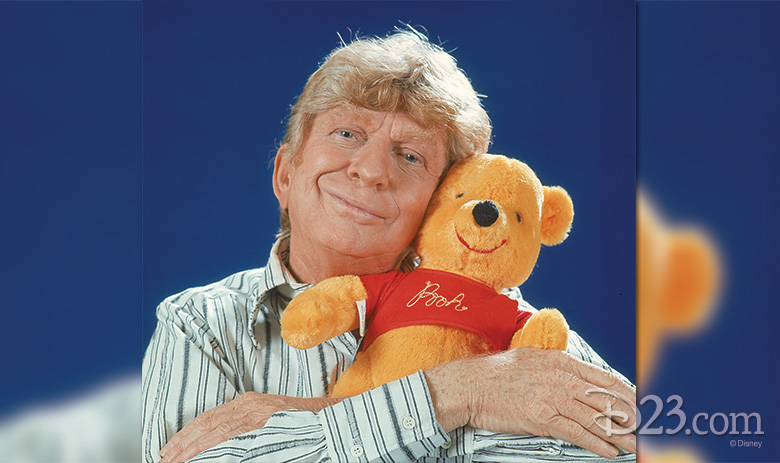 The Voice Of Kaa Was Cast Because Of Pooh
Disney Legend Sterling Holloway was voicing Winnie the Pooh when Walt Disney asked the voice artist to take a crack at Kaa for The Jungle Book (1967). “Walt was such a stickler for voices,” the actor recalled. “He said, ‘When you finish with what you’re doing today with Winnie the Pooh, fiddle around [and] see what you can do with the snake. I can’t get the right voice.’” Though Sterling gave auditory life to many a Disney character (including Kaa), Pooh Bear is by far his most famous vocal role. “I had no problem with Pooh’s voice,” he said. “It was born with the first word I spoke. I saw what Pooh was like and what I’d like him to be, and I tried to make him that way—sincere, lovable… always hungry, always trying. Pooh would never hurt anyone or know a word of hate. He was unselfish, giving.” 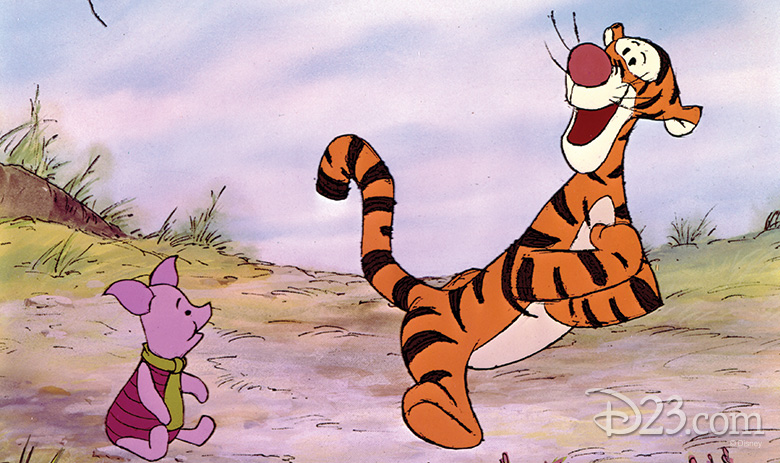 Two Favorite Pooh-lebrities Had A Delayed Debut
Piglet and Tigger may be two of the most beloved Pooh characters, but aside from their appearance as toys in the live-action prelude and Piglet’s mention in the “Winnie the Pooh” theme song, these Pooh superstars are not seen in Winnie the Pooh and the Honey Tree. The first featurette was drawn from Milne’s Winnie the Pooh chapters “in which” Pooh climbs the honey tree and gets stuck in Rabbit’s front door. Piglet doesn’t pop up until the third chapter while Tigger doesn’t bounce in until the follow-up volume, The House at Pooh Corner—so Walt and his team didn’t include the timid pig and the boisterous tiger until the Oscar®-winning Winnie the Pooh and the Blustery Day (1968). Some pre-Blustery Day merchandise, including books and recordings, featured a prototype Piglet and a toothy Tigger complete with lion’s mane. 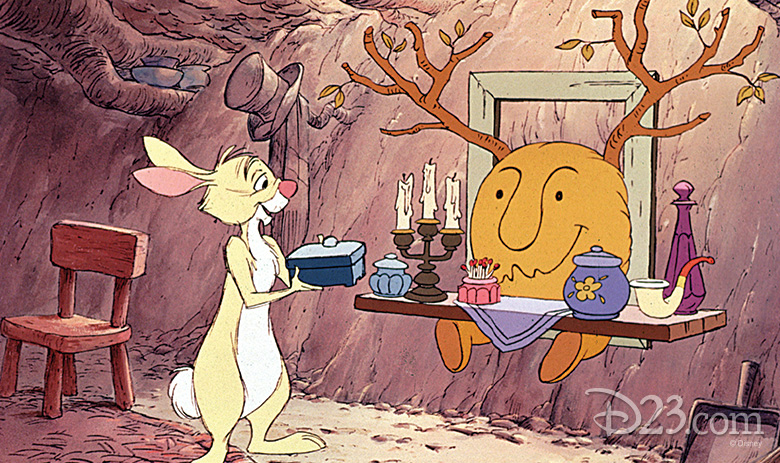 Walt Loved Winnie the Pooh, Top to Bottom
Sterling Holloway felt that Pooh was Walt’s favorite character—and the prolific producer enjoyed contributing his own ideas in story meetings to give the Milne material that special Disney touch. When reading the story in which Pooh is stuck in a very tight place (namely, in Rabbit’s rabbit-hole front door), Walt wondered what Rabbit did with a teddy bear’s bottom in the middle of his living room wall. Building on the Shepard drawing of Rabbit hanging towels on Pooh’s legs, Walt developed a whole series of sight gags in which Rabbit turns Pooh’s protruding posterior into everything from a hunting trophy to an armchair. “I think,” said Walt, “it might be my funniest scene in the picture.” 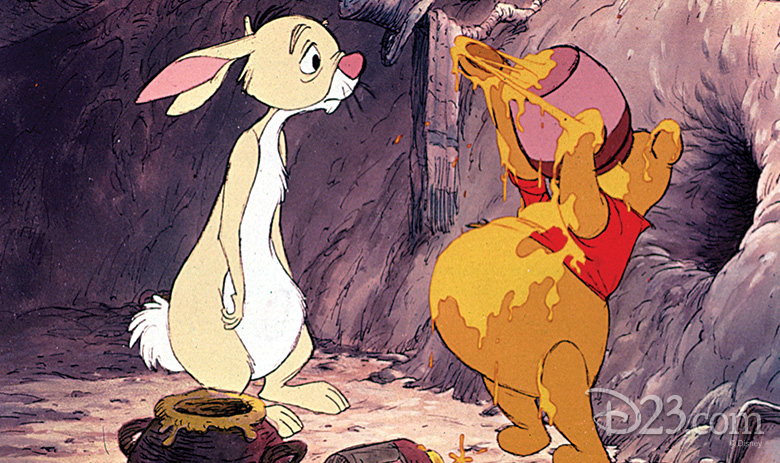 From Feature to Featurette (And Back Again)
At first Walt planned a full-length Pooh feature. “In 1965,” the Shermans wrote years later, “we had completed songs for about two-thirds of the story when Walt stunned everyone by announcing… he intended to ‘platform’ Winnie the Pooh into three separate featurettes.” The great showman felt that the Milne stories were not as well known in the U.S. as in Europe so he decided on Winnie the Pooh and the Honey Tree as an introduction to the “silly old bear.” Even though the following featurettes were released after Walt’s passing, much of them had been developed under Walt’s direction in 1963–1965. The three featurettes were linked by new animation in The Many Adventures of Winnie the Pooh (1977), fulfilling Walt’s original vision for a Pooh feature. 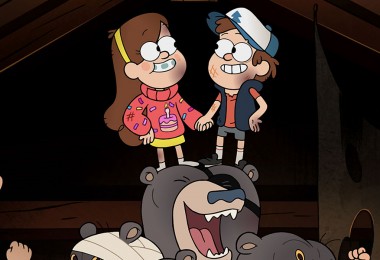 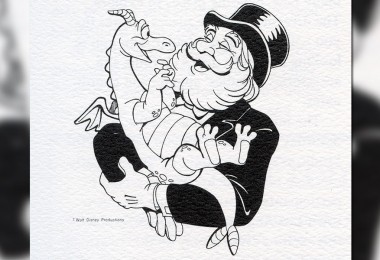