No matter how you slice it, the Pizza Planet truck has become an iconic Easter egg for Pixar fans to find. It’s found in just about every Pixar film, either tucked away in a scene or sneakily right in front of your nose. In honor of National Pizza Day, we decided to dough our best to find the Pizza Planet truck wherever we could. Check them out below!

Toy Story
After an argument gone wrong, Buzz and Woody find themselves stranded at a gas station. Luckily, the Pizza Planet truck (in its first appearance!) is there to give them a ride. 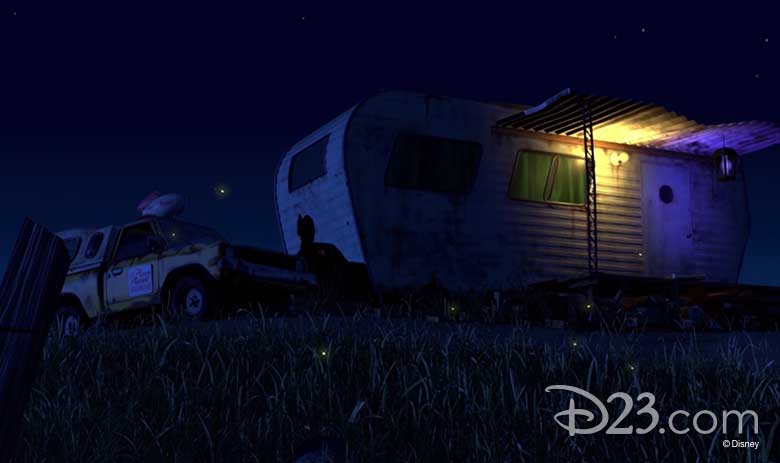 A Bug’s Life
Early in the film, Flik journeys to “bug city:” home to a colony of circus insects located in a trash heap under a trailer home. While “bug city” may be underneath the trailer, to the left is the truck! 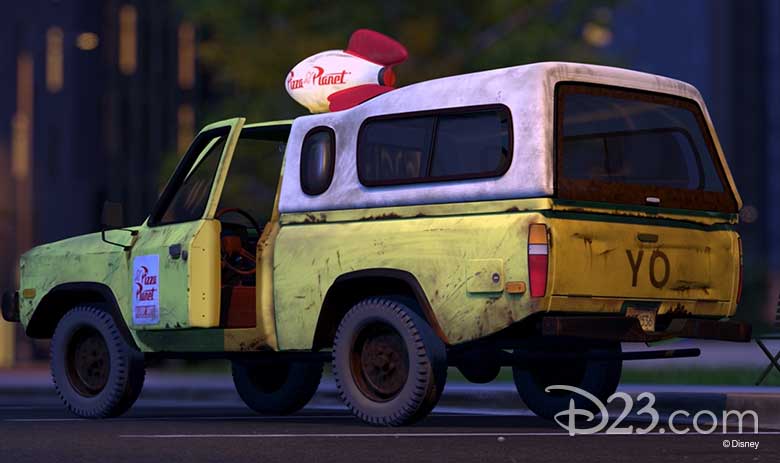 Toy Story 2
Quickly becoming the toys’ favorite mode of transportation, the iconic vehicle makes its return in Toy Story 2, but this time, Buzz Lightyear, Rex, Slinky, Mr. Potato Head and Hamm drive the truck as they chase after Al. 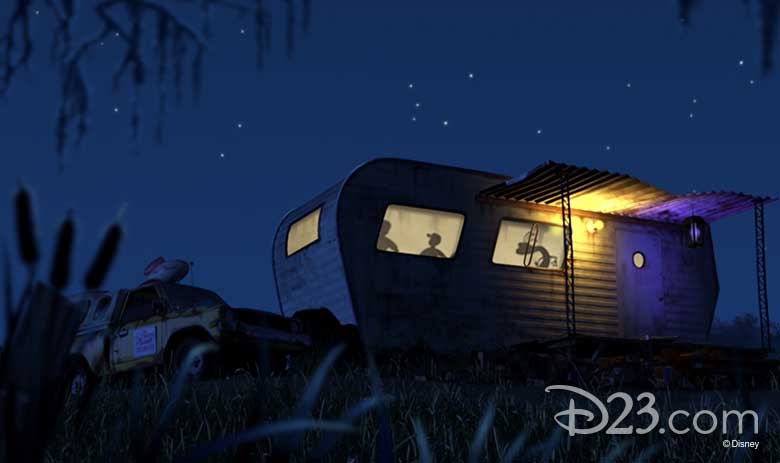 Monsters, Inc.
Similar to A Bug’s Life, the Pizza Planet truck is found right next to a trailer home. You can spot it after Randall is kicked out of Monstropolis. 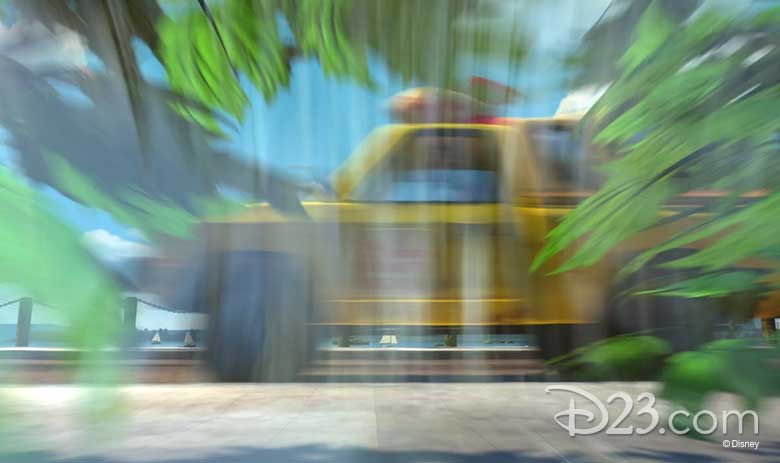 Finding Nemo
In a blink-or-you’ll-miss it moment, you can see the truck whiz by the dentist’s office (aka 42 Wallaby Way). It’s seen as Gill is breaking down his escape plan to his gang of aquarium pals, Nemo included. 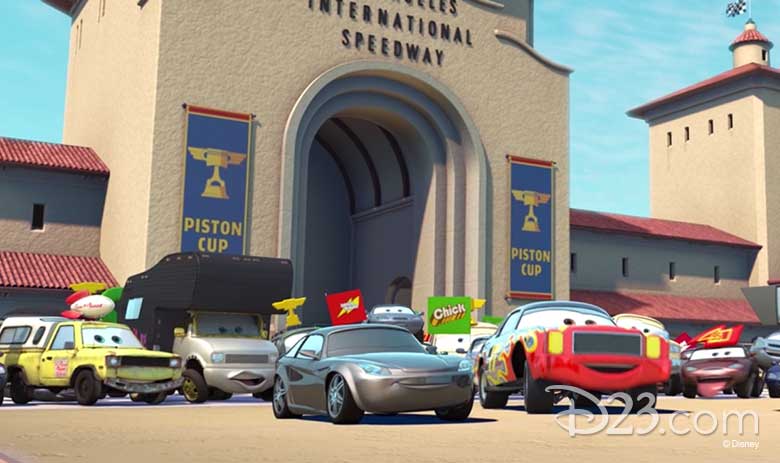 Cars
With Pixar creating a movie about cars, it would only make sense to include the fan-favorite pizza truck as well! Stylized to fit into the world of Cars, the truck can be seen during the Piston Cup, along with a bunch of other fantastic cars. 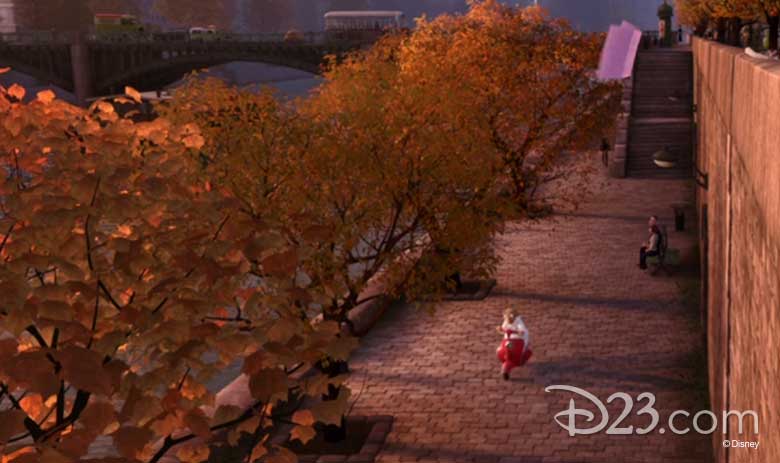 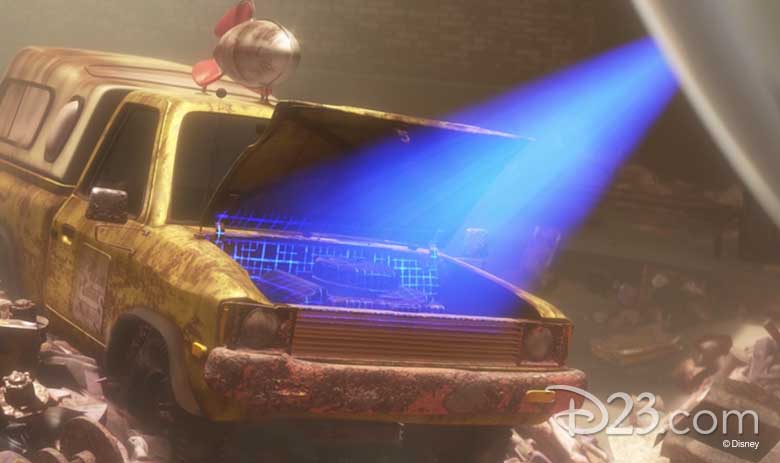 WALL-E
We’re starting to think the Pizza Planet truck will outlast us all; and Wall-E shows that even in a post-apocalyptic world, the truck continues to make an appearance. The truck is seen as EVE scans Earth for any sign of plant life. 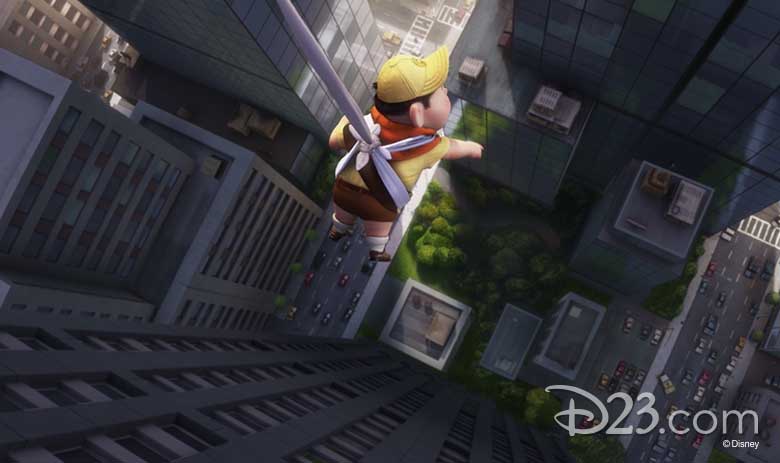 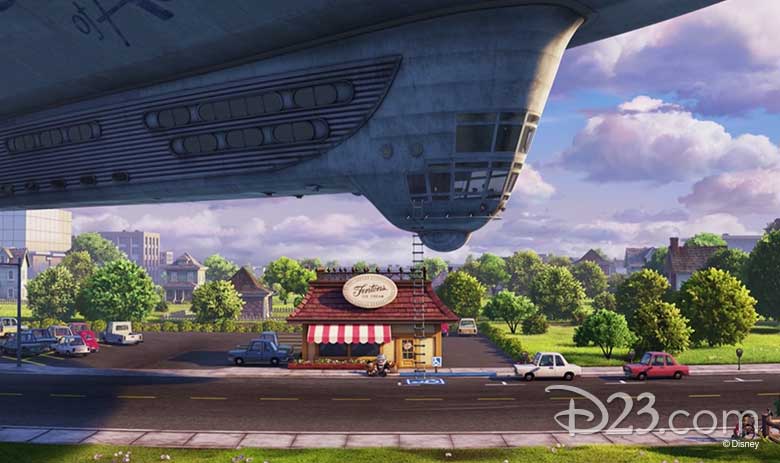 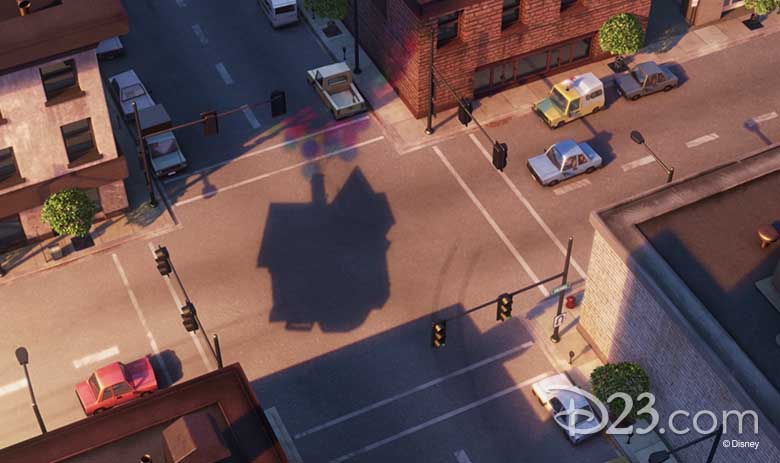 Up
We spotted three moments where the pizza truck is seen. For two, keep your eyes peeled as Carl first flies his house across the city. As he flies over the streets, you can see the yellow truck parked on the curb. A little later on, as Russell is being lowered down from the house to scan the city, you can catch the truck pulling out of a parking lot toward the lower right of the screen. The final appearance comes at the end of the film, when Carl and Russell are eating ice cream outside of Fentons Ice Cream. Look in the parking lot for the iconic red rocket. 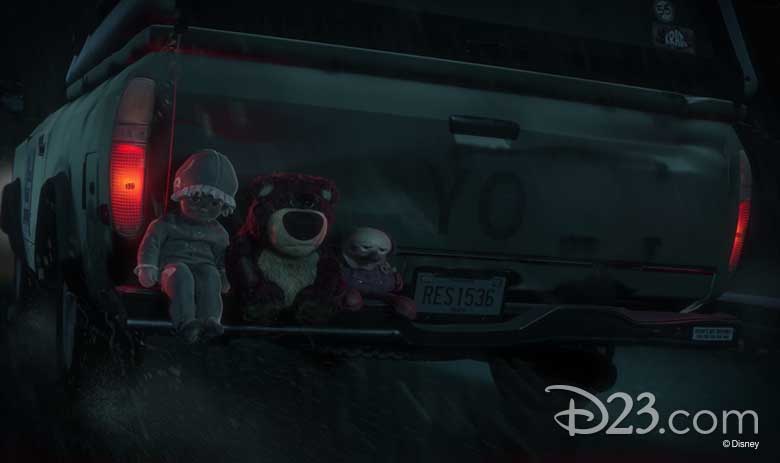 Toy Story 3
Continuing the trend of being the toys’ favorite mode of transportation, the truck returns as Lotso, Chuckles, and Big Baby hitch a ride on the bumper after being left by their previous owner Daisy. 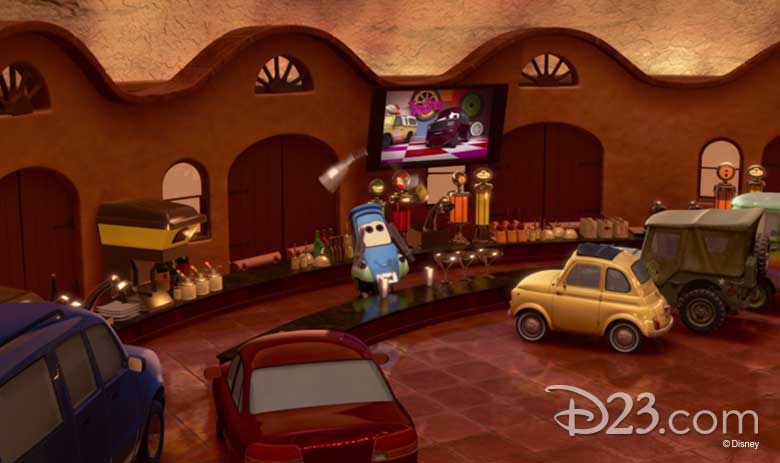 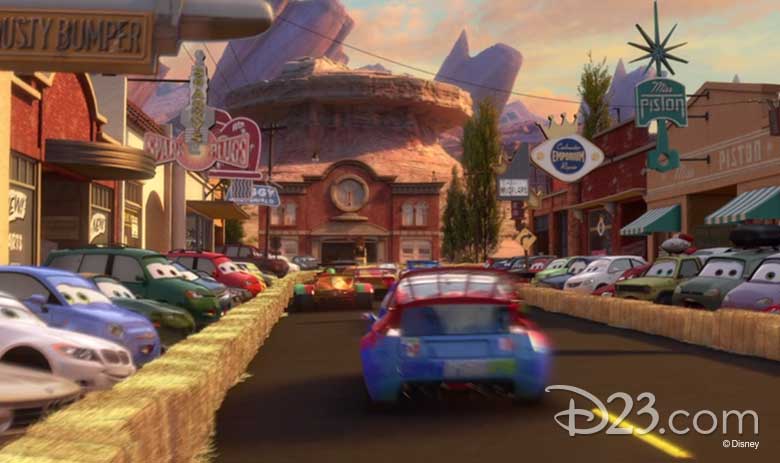 Cars 2
In Cars 2, we found the pizza truck two times! While the cars are lounging in Wheel Well Motor Court, you can see the truck on the television screen above the bar. Toward the end of the film, the good ol’ pizza truck is seated as a spectator during the Grand Prix at Radiator Springs. 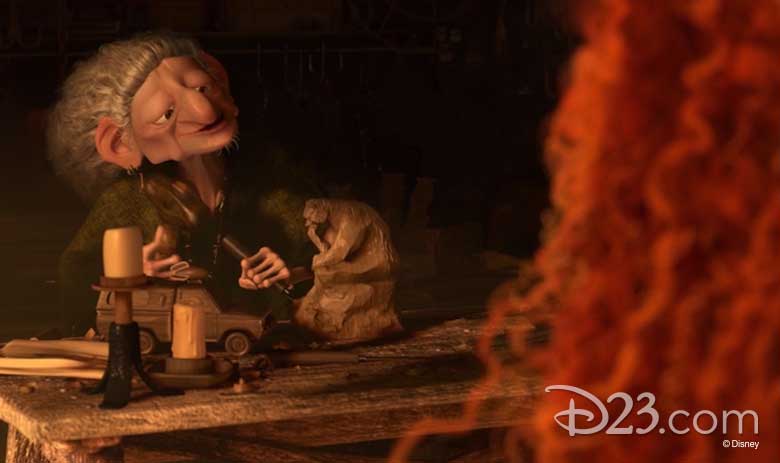 Brave
While there’s no automobiles in Brave’s timeline, Pixar animators still found a clever way to include the beloved Pizza Planet Truck for fans. If you look closely at the table in the Witch’s workshop, you can see a wooden carving of the truck. 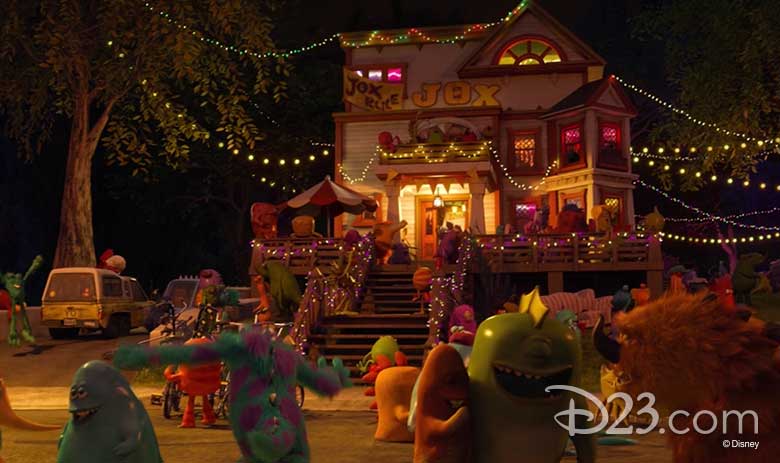 Monsters University
What’s a party without some delicious pizza? Even Monstropolis knows that, which is why you can spot the pizza truck in Monsters University parked to the left of the JΘΧ (Jaws Theta Chi) house party. 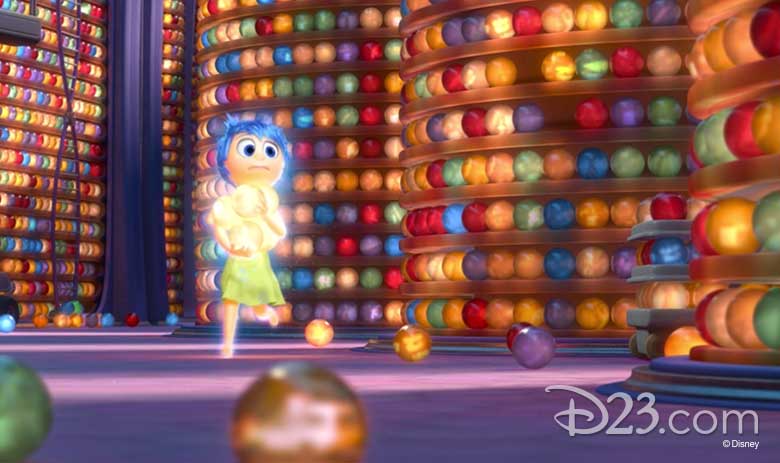 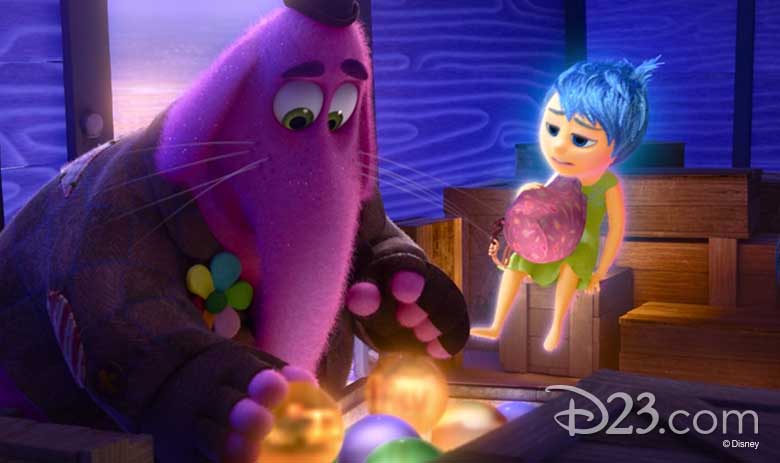 Inside Out
Finding the pizza truck in Inside Out can be as hard as trying to get the “Triple Dent Gum” jingle out of your head—you’re welcome. But, we found two! Both are located in memory orbs. The first can be seen as Joy is chasing after Bing Bong while the second is when Joy, Bing Bong and Sadness finally make it on the train of thought. 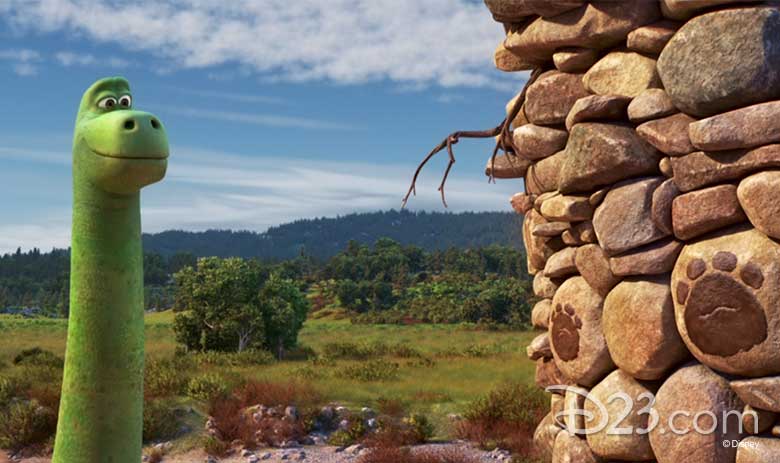 The Good Dinosaur
Like Brave, animators had to get awfully creative when it came to inserting the truck in a pre-automobile and pre-pizza (gasp!) world. What they did have were some rocks and that’s exactly where you can spot a sneaky, sort-of avant garde pizza truck in the rock structure. 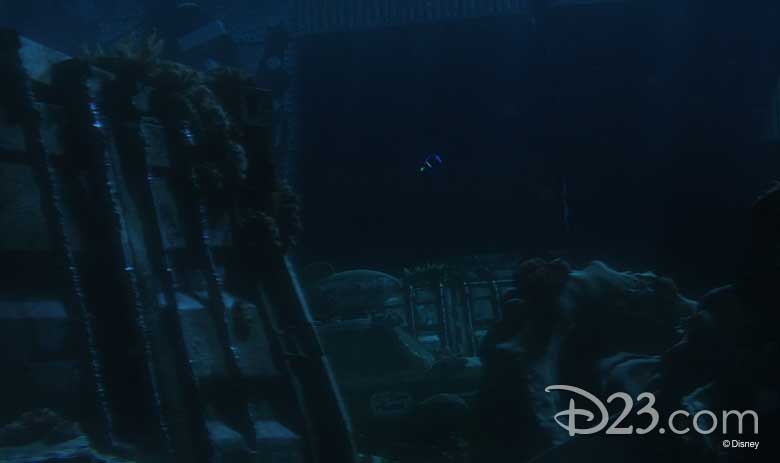 Finding Dory
Now, into the depths of the ocean. You can find the sunken, moss-covered Pizza Planet truck when Nemo, Dory and Marlin swim past some wreckage right before they encounter a giant squid. 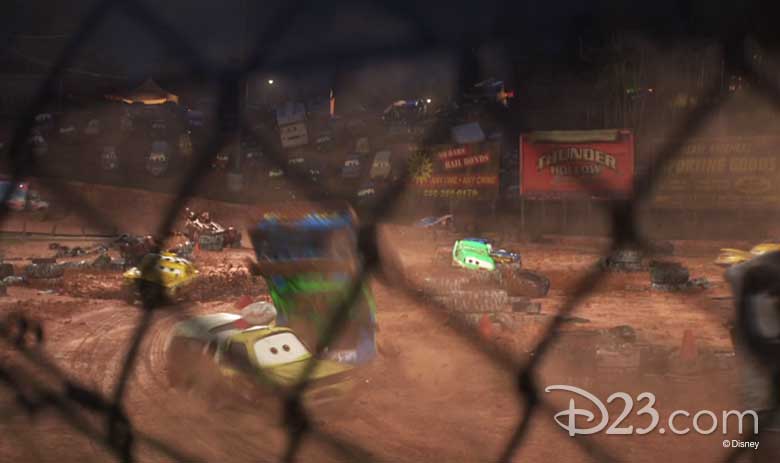 Cars 3
The Pizza Planet truck makes another appearance in Cars 3. This time, during a demolition derby race with Lightning McQueen and Cruz. You can see the yellow truck get hit by a blue-green car, knocking the pizza truck’s red rocket into the audience. 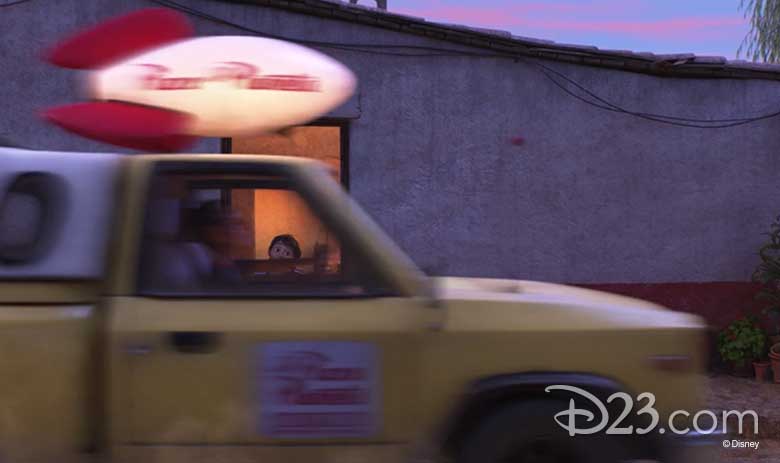 Coco
In a fleeting moment, you can spot the truck drive by as soon as Miguel looks out the window toward the very beginning of the film. 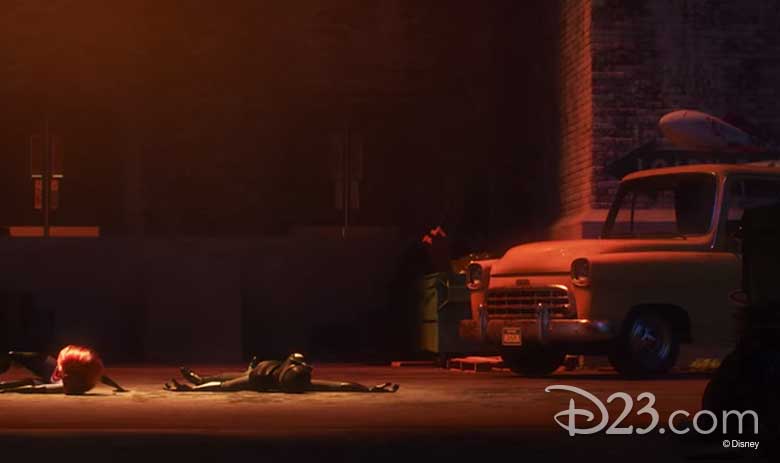 Incredibles 2
During Elastigirl’s first encounter with the Screenslaver, the two fight, causing them to crash out of a window and fall down into an empty alleyway, where the truck is parked. Afterwards, we quickly learn that the Screenslaver was a decoy, a pizza deliveryman. Coincidence? We think not! 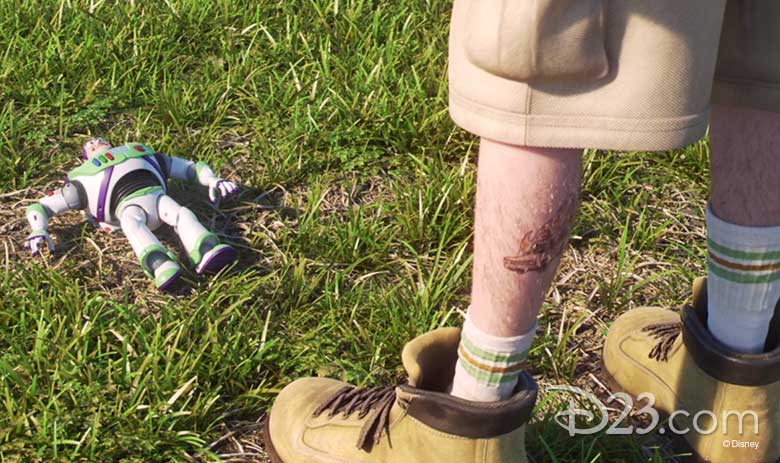 Toy Story 4
While there’s no runaway toys aboard a Pizza Planet truck in the latest Toy Story film, the truck still makes a sneaky appearance: as a tattoo on Axel the Carnie’s leg! 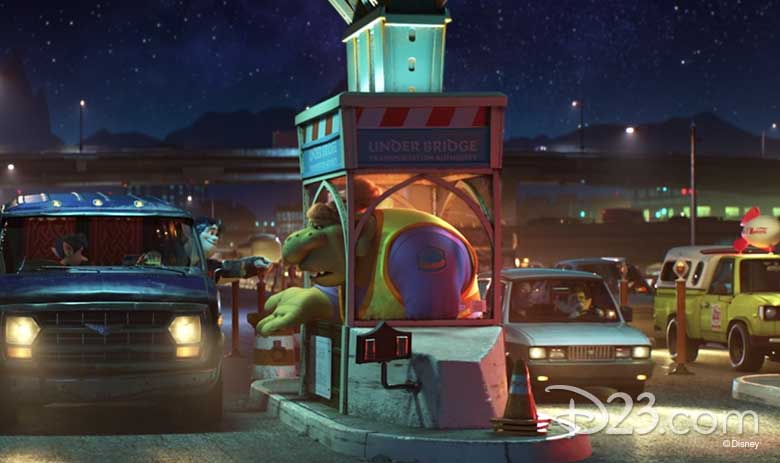 Onward
As Ian and Barley embark on their epic quest, you can see the truck to the right of the toll booth. Who says magical creatures can’t crave some pizza? 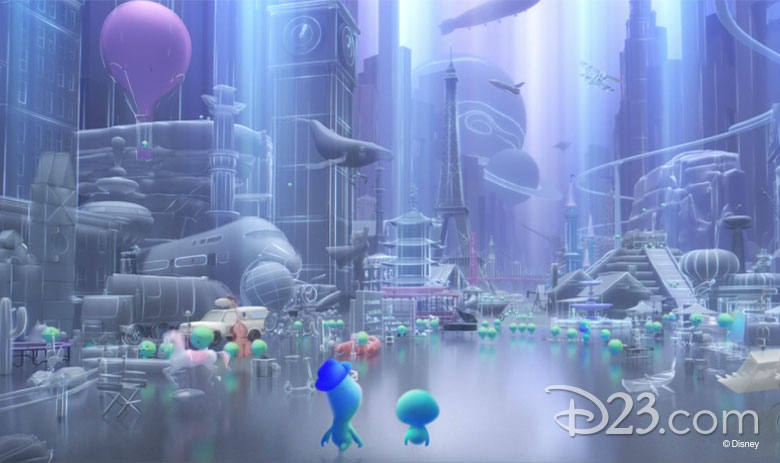 Soul
The Hall of Everything is where unborn souls travel to find their “spark”—the thing that they will be passionate about in their life on Earth. Inside the hall are items to help souls discover what they love—a basketball court for the athletically inclined, cameras for those who love photography, and so on. If you have a passion for, say, locating hidden vehicles in your favorite films, your soul may be drawn to the Pizza Planet truck sitting to the left in the hall when Joe and 22 first enter.