In Disney and Pixar’s Onward, opening in U.S. theaters on March 6, two teenage elf brothers embark on an extraordinary quest to find out if there’s still a little magic left in the world. Because it’s set in a suburban fantasy town—one where unicorns are vermin and dragons are pets—the magic in Onward needed to feel both original and familiar. So, director Dan Scanlon and producer Kori Rae tasked the talented team at Pixar Animation Studios with reinventing the rules of magic. “When Dan and Kori came to me about the magic for Onward, I was super excited and equally terrified at the same time,” effects supervisor Vincent Serritella admitted on a visit to Pixar Animation Studios. “In the real world, when a magician does magic, it’s invisible if it’s done right. In our film, we had to realize it. For something that’s so abstract, you can see how tricky that could be.”

For story artist Louise Smythe, who’s “loved fantasy” since childhood, “getting to work on this film has been like magic to me,” she said. But she, too, realized they had a lot of work ahead of them. “We all have ideas in our heads about what magic is based on past films, or books we’ve read, or legends we’ve heard that have been passed down from generation to generation. So, we wanted to try to make our own version of magic.” 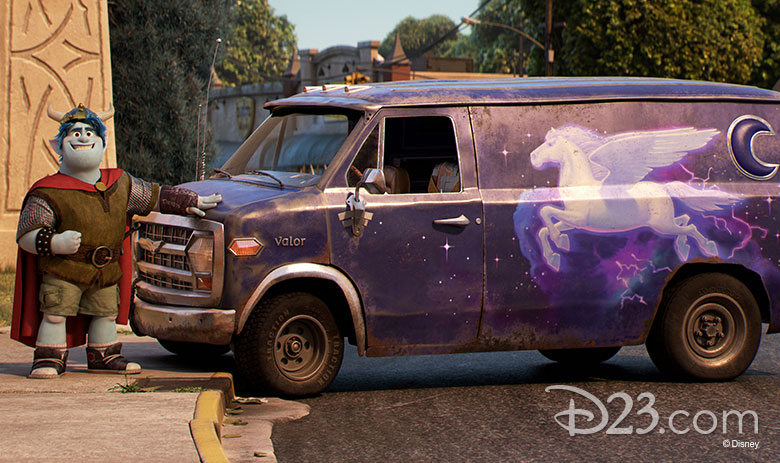 To achieve that, the story team began by creating a set of rules. First, Smythe said, “Every spell requires heart’s fire, which is like reaching deep down in your soul and finding that confidence and that belief that the magic is going to work—and saying it with gusto!” The next necessity is a “magic decree,” which is “a mental and emotional exercise,” she explained. “You almost have to be in a certain state of mind when you’re doing that.” Early in the movie, Ian (voice of Tom Holland) and Barley (voice of Tom Pratt) use a phoenix gem to conjure their dad, but an “assist element” isn’t always required, Smythe added. “These are for very advanced level spells. It’s usually an ingredient of some kind that helps the magic to become stronger. It doesn’t have to be a phoenix gem; it could be any magical property.” Lastly, Smythe said, “We need components to do spells. The components in this film are emotional, verbal, material, and movement. Movement was a really fun one for us, because we were trying to think of ways that awkward, shy, in-his-shell Ian could be in awkward poses that really took him out of his comfort zone and made him a bit embarrassed. He needs that in his life!”

Naming the incantations was just as fun, Smythe said. “We got some rules from Dan: It needs to be short; you can guess what it is just by hearing it aloud; it doesn’t sound too silly or too young; and it’s not just gibberish.’ There’s an actual method to the language.” 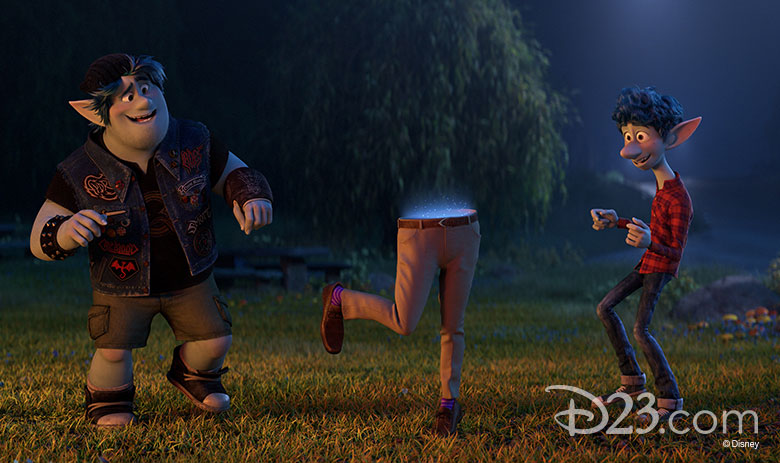 Smythe and head of story Kelsey Mann sent an e-mail around the office, asking for volunteers to join their “spell squad” and brainstorm ideas. “We had so much fun! We would get together on an almost weekly basis and go over spells and ideas we might have had over the weekend. It was a good way to bond with different departments, too, because we weren’t all from story,” Smythe said. Often, the “spell squad” would play word association games to get their creative juices flowing. “We went crazy! We had whiteboards filled with ideas and different words and meanings. We started to narrow it down, and once we were satisfied, we met with Dan and had him draw our names out of a wizard hat—and it wasn’t just our names! It was our wizard names.” (Smythe was Louise the Lionhearted, for example.) “We thought it would be fun to have him draw our names out of a hat, then pitch spells to him and have him guess what it did. It was a great way to road-test it and see if it worked—and if it didn’t, we’d go back to refining it.”

Meanwhile, the effects team worked closely with Mann “to understand magic’s role in the film.” They ranked the spells on a scale of one to 10 to get a sense of perspective. “If it’s a level-one spell, it probably appears smaller; an apprentice could do this spell. It probably means it’s going to have simpler elements,” Serritella said. “Level 10 is fuller and more complex, and so we support that idea by making it richer and more energetic.” 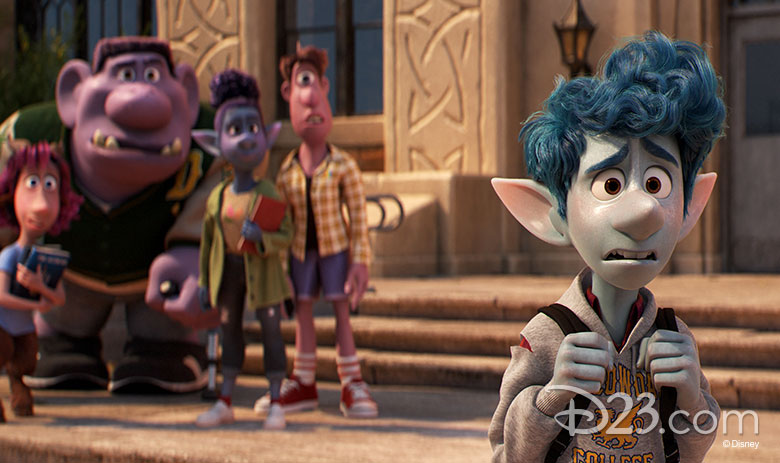 “For every sequence, we came up with this ‘magic theory’ packet where we would track and plot the intensity of the spell—and the success rate of the spell—and accompany it with how much visual screen space it occupies,” Serritella further explained. “Once other departments heard about it, they started asking, ‘Hey, can we get a copy of that?’ Because then they could support these ideas through animation, camera, lighting, etc.”

Nearly everyone who worked on the film said Onward is a “collaborative” labor of love. But the movie itself—and the idea to make magic a character—is inspired by Scanlon’s life, as he was one year old when his father passed away. “Growing up not knowing my dad, there was something sort of magical about him,” he recalled. “He felt like a legend or something of yore, and that’s really what led us to this world.” So, Rae said, “We needed to figure out a way to bring Dad back—and we wanted to use magic to do that.”

To see all the magic come alive, catch Onward when it opens in theaters March 6!