Home / News / D23 Exclusive / Inside the Six-Year Journey to Make Disney and Pixar’s ...

Disney and Pixar are inviting fans to embark on an exciting, emotional journey when Onward opens in theaters on March 6. In development for nearly six and a half years, the animated adventure follows brother elves Ian (voice of Tom Holland) and Barley (voice of Chris Pratt) as they embark on a magical quest to bring back their late father for 24 hours. “We have such a high bar at Pixar. We want to make sure the story is not just good, but great,” Kelsey Mann, the film’s head of story, said during a recent D23 visit to Pixar Animation Studios. “It takes a long time to achieve that, so we work on the story for many, many years. We don’t actually start making it until the last year and a half.”

Mann has been with Onward since day one on September 17, 2013. He reteamed with director Dan Scanlon and producer Kori Rae, with whom he worked on the Disney and Pixar movie Monsters University. “We start in a very scary place: an empty story room,” Mann said of Onward. “Imagine a whole room full of blank pages! It’s very intimidating.” 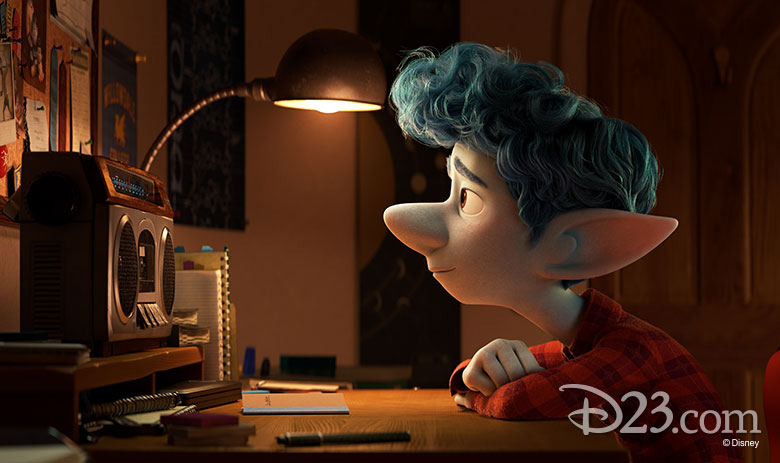 It helped that Scanlon knew the story he wanted to tell—even though, at the time, he didn’t know how he was going to tell it. “In development, I knew I wanted to do something personal this time,” he said. “I just started working through things in my own life, asking questions of myself and asking questions of other filmmakers here. They helped me pull out certain things.” Like Ian and Barley, Scanlon and his brother lost their father at a young age, and they, too, were left with many unanswered questions. “My biggest question was, ‘Who was he—and how am I like him?’” Scanlon recalled. That’s when it dawned on him: “Wouldn’t it be amazing if you had one day with that person? What would you say?” he said. “That’s where the idea of magic came from, because we thought, ‘Well, we need to make a movie where that could be possible.’”

So, it comes as no surprise that making a movie about magic was a magical experience for everyone involved. “Everyone here is very smart. They are all great filmmakers and I respect their opinion,” Scanlon said of the Pixar team. “But that makes it difficult to make a good choice, because it’s not like I go, ‘Well, that person’s wrong!’ I usually think, ‘Wow! Why are they saying that? There’s got to be a good reason for that.’ Really, time helps. We’ve got five or six years to make these [movies], but there’s always a gate closing. So, you say, ‘OK, check these different ideas against themselves.’ Then we say, ‘OK, we’re going to go with this… until we’re not.’ Meaning, ‘We’re going to go with this until we realize something else that makes us change the story and go the other way.’” 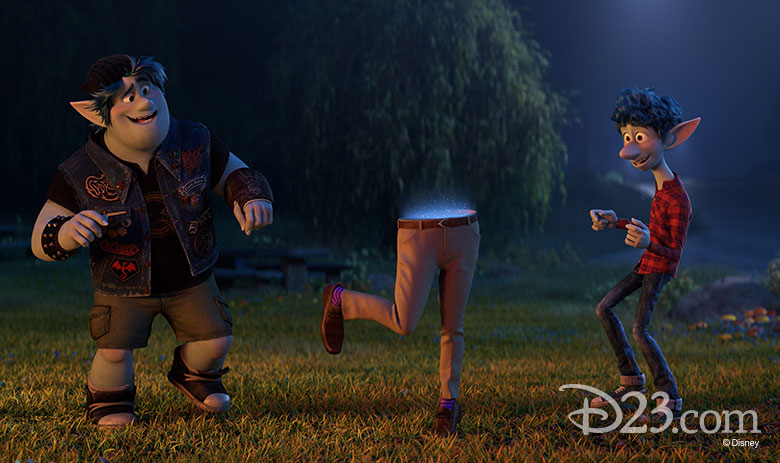 Rae praised how “open” the director has been during the development process. “There are times we will debate things, and there will be times after we’ll leave a review when afterward people will come up and go, ‘Oh, I’m still not sure about this decision or about this choice.’ So, we’ll keep talking about it,” Rae said. “That’s all we do all day long—make choices and decisions and try to move everything forward. This is fun! It’s great.”

Reflecting on the first days of Onward, Scanlon said, “It’s a really scary thing, and it’s a very private and lonely thing—even though you do have a lot of help. You have to dig into yourself and think about your life; talk to people and talk to your friends. It’s like therapy.” Like Scanlon, Rae wouldn’t have it any other way. “The beautiful thing is you have a little of amnesia,” she said. “We forget that horrific first year or two where you’re coming in every day trying to figure out what kind of movie you’re making… Now we’re doing fun post-production stuff. We get to sit back and look at everybody else’s amazing work, comment on it, and give notes to finish up the film. This part is way easier!” 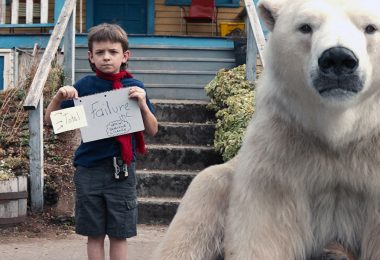