“Most of us are inclined to think of the animated cartoon as a modern invention, like the airplane or automobile, but actually, the idea of imparting life and motion to still pictures is as ancient as man himself.

But in our time, we’ve seen this dream come true.”

Walt Disney spoke those words in the introduction of “The Story of the Animated Drawing,” an episode of the Disneyland TV series that aired on this day in 1955. Throughout the program, Walt traces the history, and pre-history, of animation, from the earliest cave drawing of artists’ attempts at depicting animals in motion to some of the earliest animation devices such as the thaumatrope, zoetrope, and the phenakistoscope.

The program vividly recreates artist Winsor McCay’s famous vaudeville presentation with his animated Gertie the Dinosaur and also demonstrates how a theatrical organist would accompany sound in cartoons during the silent movie era — with an accurate dramatization. While the program continues right through some of Walt’s proudest animated achievements, he concedes that “we owe a debt of gratitude to our forerunners and it is to these pioneers that we dedicate this program on the history of the animated drawing.” 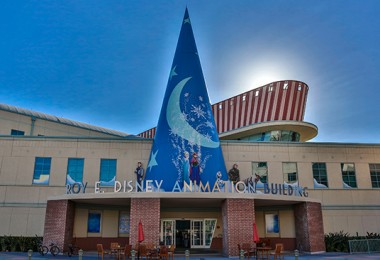 The Story of Frozen: Making a Disney Animated Classic to Air This Fall