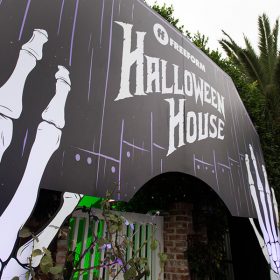 ‘Twas a long time ago… Well, maybe not as long as it seems, that D23 Members went to a place we’ve seen only in our dreams. Dressed in their Halloween best and ready to pose, our members prepared to enter Freeform’s Halloween House, a totally immersive experience celebrating the films Hocus Pocus and Tim Burton’s The Nightmare Before… 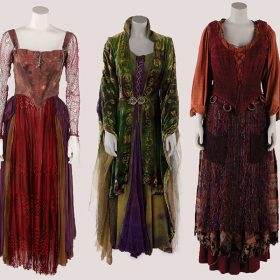 ‘Tis time! 2018 marks the 25th anniversary of the spooktacular film Hocus Pocus. To celebrate the occasion, prepare thyselves to view some of the most bewitching props and costumes from the Walt Disney Archives collection. Don’t be frightened; remember “…it’s just a bunch of hocus pocus!”
“This is the… 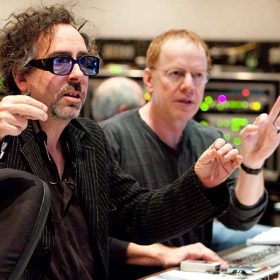 A Monster Partnership: Celebrating the Collaboration of Tim Burton and Danny Elfman

Danny Elfman and Tim Burton sit elbow to elbow in one of Danny’s two Los Angeles recording studios. Each listens closely as the distinctive, quirky, highly rhythmic, and often wickedly humorous music fills the darkened space. They stare wherever it is that people stare when utterly engrossed, their faces lit by the glow of the mixing console and the… 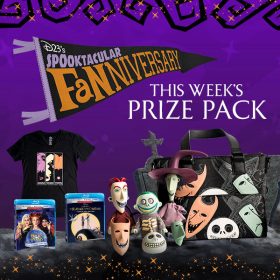 Well, well, well…what have we here?
Join us as we celebrate two creepy classics: Hocus Pocus & Tim Burton’s The Nightmare Before Christmas this October and enter for a chance to win bewitching prizes! All month long D23 Members can win a weekly prize pack filled with ghoulish goodies. Check back weekly and be sure to follow us on social for more wicked ways to… 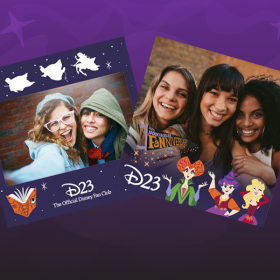 Cast a spell on your photos with the wickedly wonderful help of the Sanderson Sisters! These frames and stickers celebrate 25 years of Hocus Pocus as part of our month-long Fanniversary spell-o-bration. Want to get even spookier? Check out our Tim Burton’s The Nightmare Before Christmas frames for more bone-chilling fun!

This campaign has ended…. 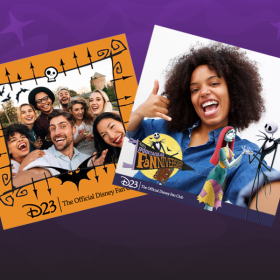 Boys and girls of every age, wouldn’t you like to see something strange? These photo frames celebrating 25 years of Tim Burton’s The Nightmare Before Christmas are just what you need to showcase your weird and spooky side. Want more Fanniversary fun? Check out our Hocus Pocus-themed frames and create more spellbinding scenes! 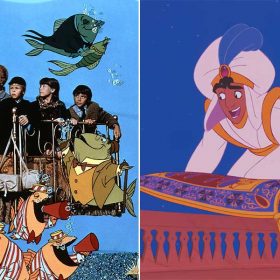 We all know that getting around isn’t always the easiest of tasks, and sometimes you wish you had just a sprinkle of pixie dust to make it a bit easier. Well, we can all take a page out of the books of these ingenious Disney characters who found, let’s say, some unique ways to get to where they were going. 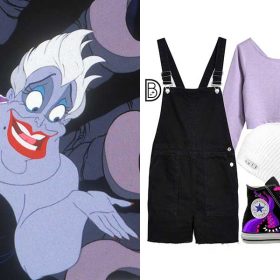 5 Frightfully Fun Ways to DisneyBound at Disney Parks this Halloween

The countdown to Halloween is on, but let’s be honest… you’re probably already celebrating! I’m a firm believer in playing dress-up… 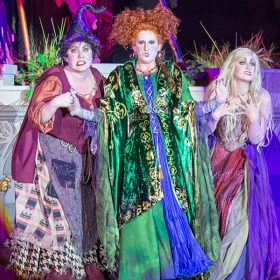 Catch Hocus Pocus on Freeform during their “31 Nights of Halloween,” October 1-31.