Warm weather and sunshine have always been a cause for celebration, especially at Disneyland. Over the years, numerous parades and events have been held at the Park during the spring and summer months for Guests to enjoy.

One long–running tradition held at the Park was the “Old Fashioned Easter Parade,” which debuted on April 1, 1956, with an abundance of floral décor and adorable Easter bunnies. The next year, the parade featured a “Shower of Flowers,” wherein flower petals flurried down from a helicopter. Then, as one Cast Member publication recalled, 1962 saw “vintage cars with 200 riders and dancers dressed in turn-of-the-century styles, promenaded down Main Street” as part of the parade. From 1962 to 1967, Guests could also enjoy a display of the “La Coquette” hot air balloon, from the Academy Award®-winning film Around the World in Eighty Days. The 1978 celebration also featured an Easter Bonnet Judging. The beloved “Old Fashioned Easter Parade” ran until 1982, and helped lead the way for new traditions such as “Thumper’s Easter Egg Hunt” and “Disney Egg-stravaganza.” 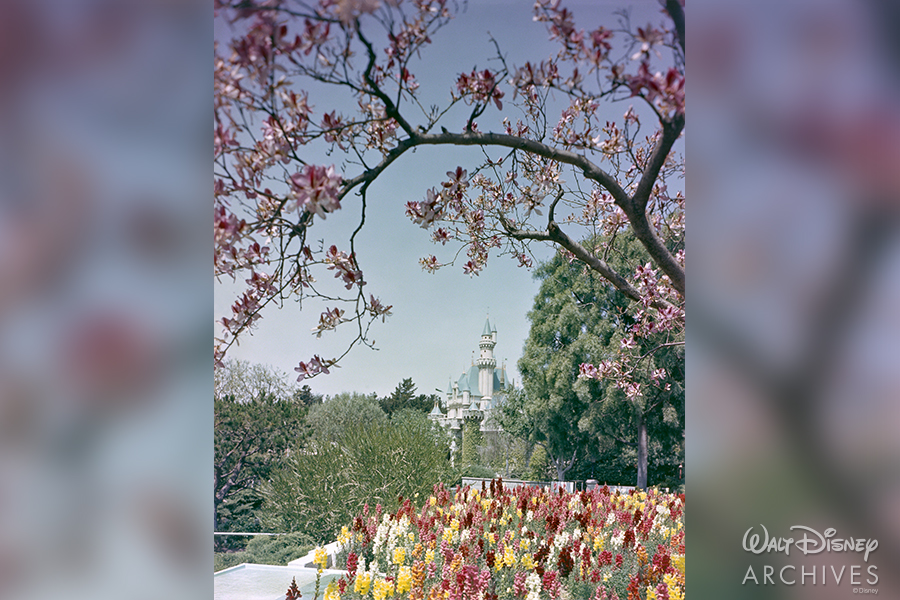 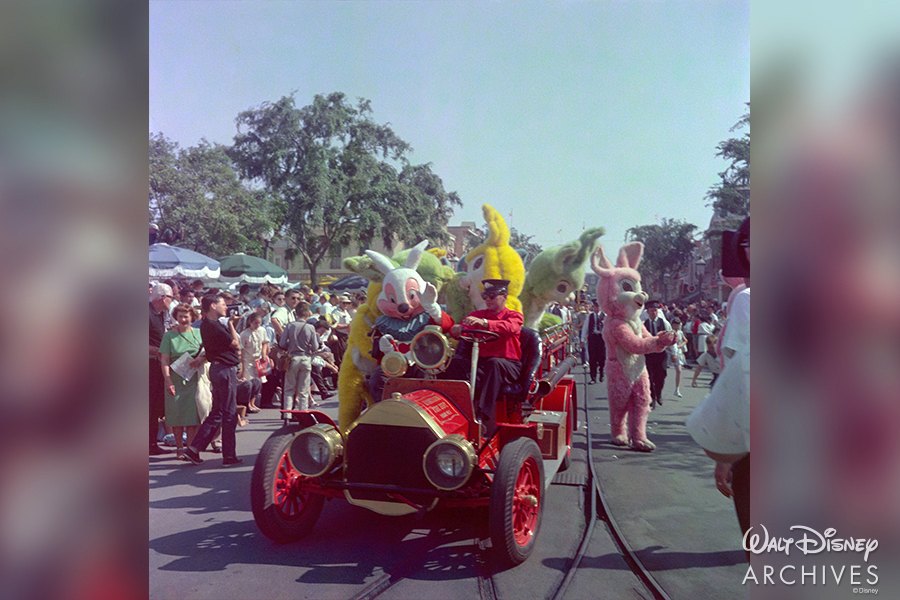 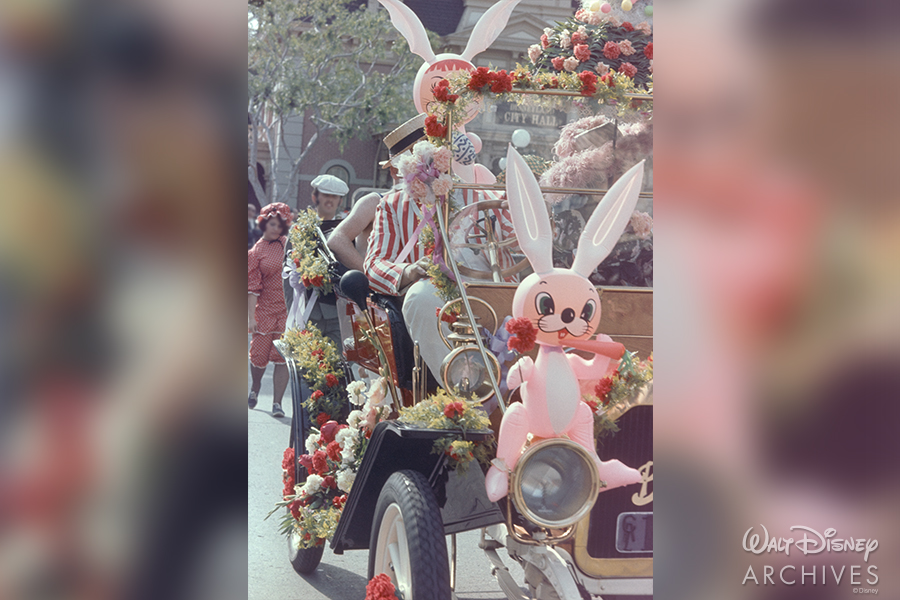 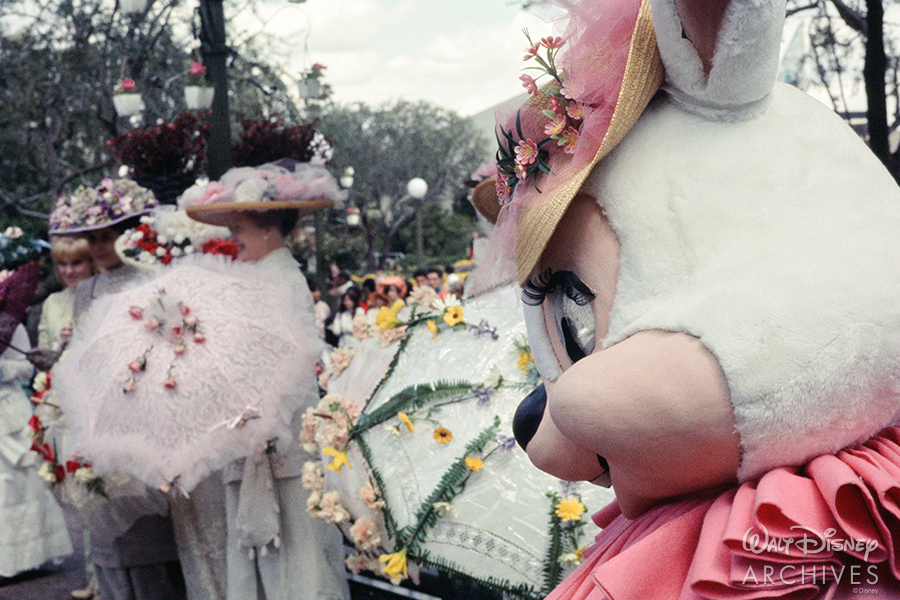 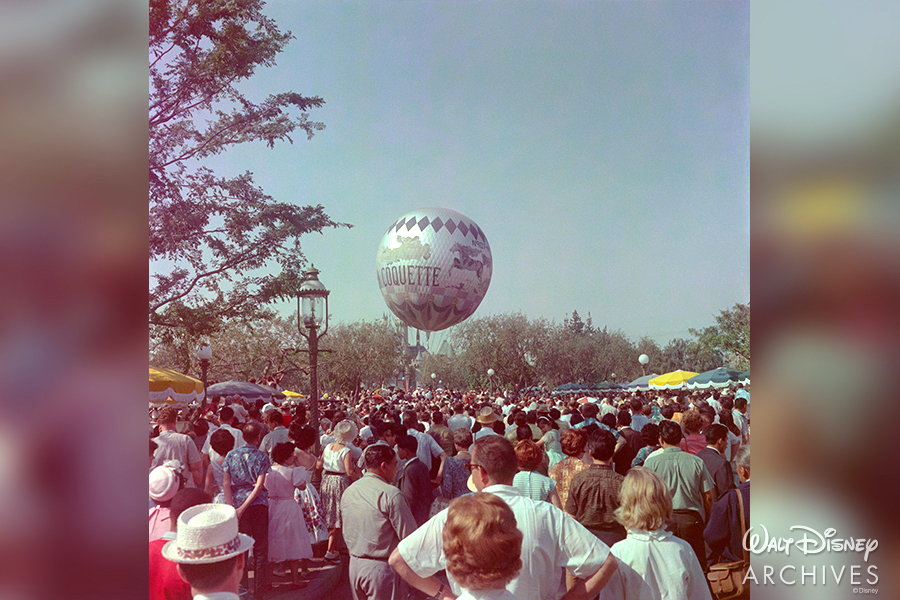 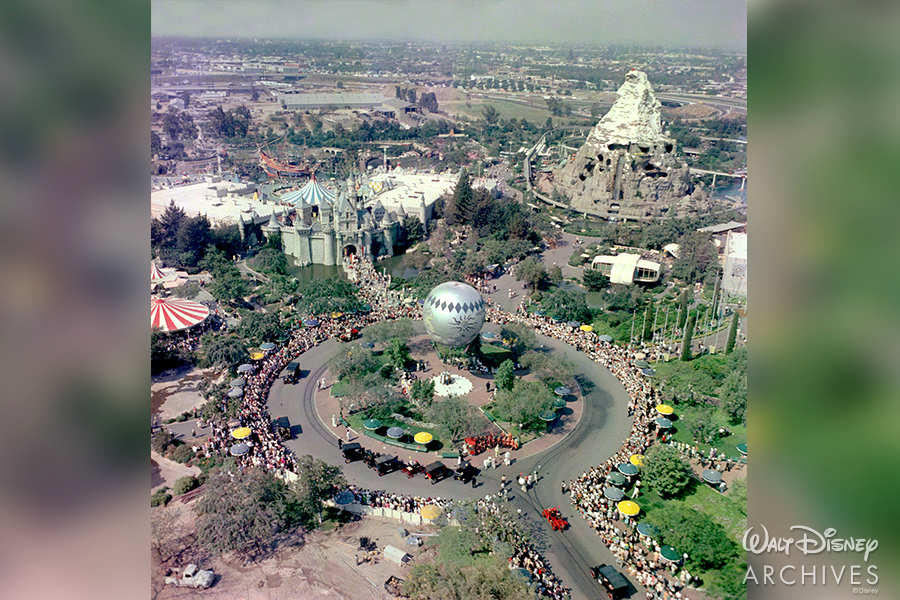 Musical entertainment was also a big draw at the Park during this season. Spring 1962 brought about “Spring Fling,” which featured top bands, and ran through 1974 before developing into a special entertainment segment. The “Big Band Festival” launched the celebration of summer, debuting in 1974. The two-day shindig was often held on Memorial Day weekend, and featured performances from musicians such as Duke Ellington, Lionel Hampton, Woody Herman, Benny Goodman, and Count Basie, ­among many others.

Many a summer season have been highlighted with memorable Disneyland fireworks displays. In 1957, the Park launched its first dedicated (and extensive) nighttime program for the summer months, which included the aptly-named “Fantasy in the Sky Fireworks.” In 1961, Tinker Bell began to open the show by flying from the peak of the Matterhorn to Sleeping Beauty Castle. The show was changed to “Believe… There’s Magic in the Stars” for the park’s 45th anniversary in 2000, after an impressive 42-year run.

Finally, the “Main Street Electrical Parade” premiered on June 17, 1972, at Disneyland. The parade floats and units recreated iconic scenes from classic Disney films by way of half a million tiny, and brightly colored, lights. Regularly running through the summer months, the parade would leave an indelible impact on generations of parkgoers, and eventually included versions that ran at Walt Disney World Resort, Disneyland Paris, Tokyo Disneyland, and Disney California Adventure Park. The second-generation debut of the parade in 1977 highlighted new 3D units averaging 17 feet in height. Over the next few years, new features were added such as the 108-foot-long “Honor America” finale, a replica of Sleeping Beauty Castle, and a scene from The Fox and the Hound. The parade ran at Disneyland through 1996, with limited-engagement returns in 2017 and 2019.

Year after year, the spring and summer months have allowed for Guests of all ages to come to Disneyland to have fun in the sun and find entertainment to enjoy. 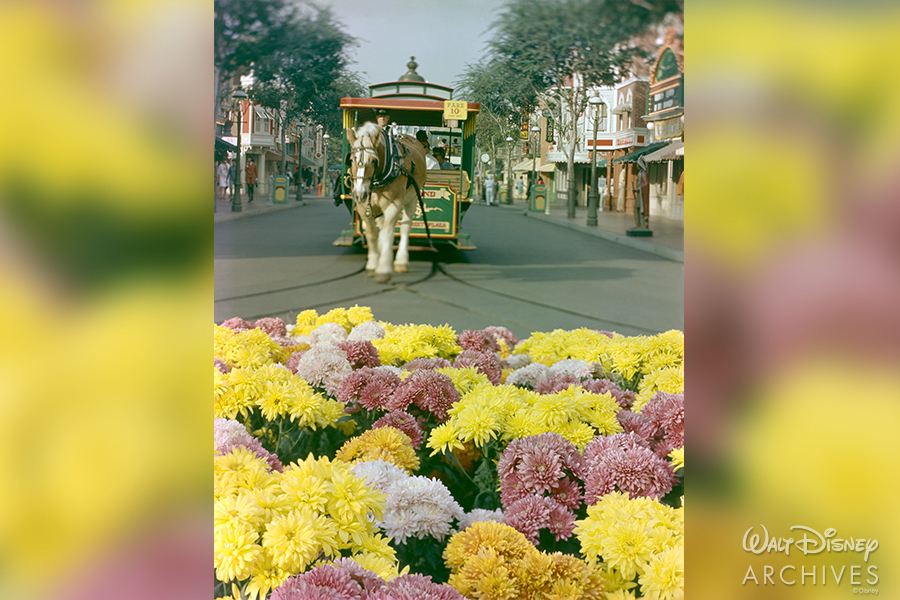 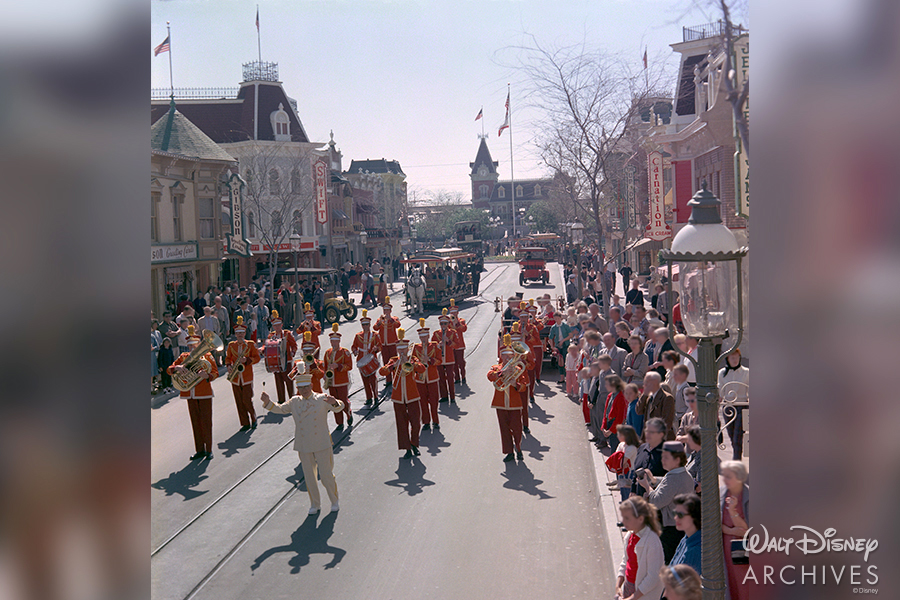 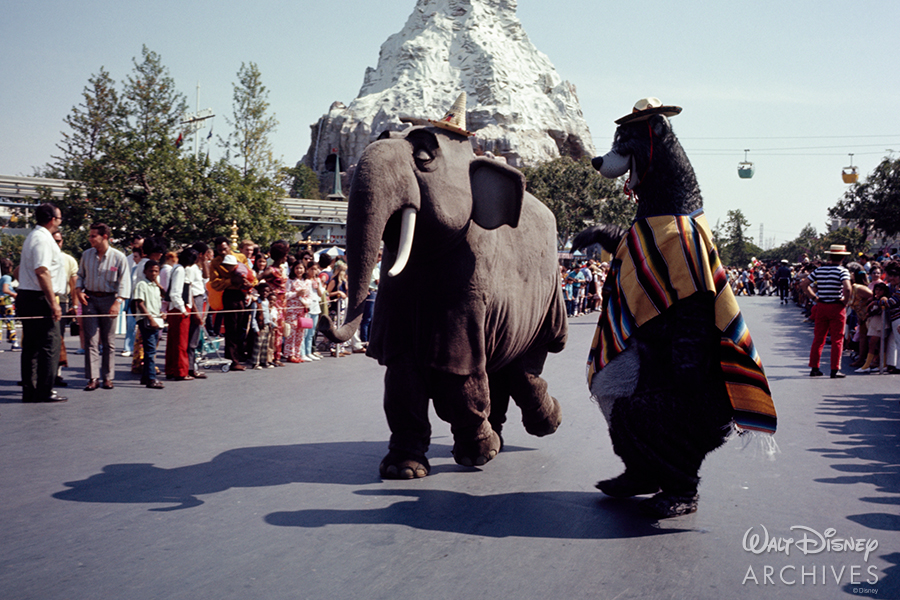 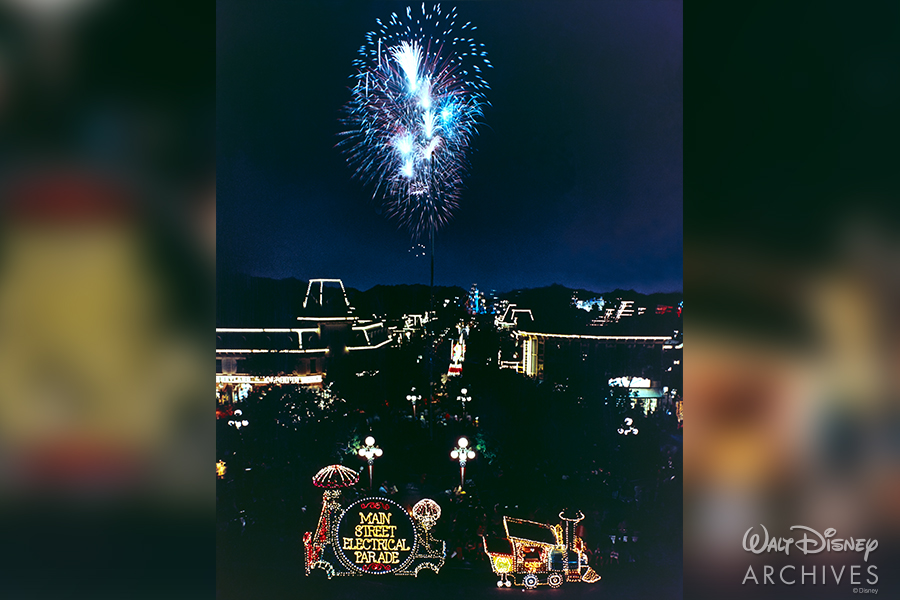 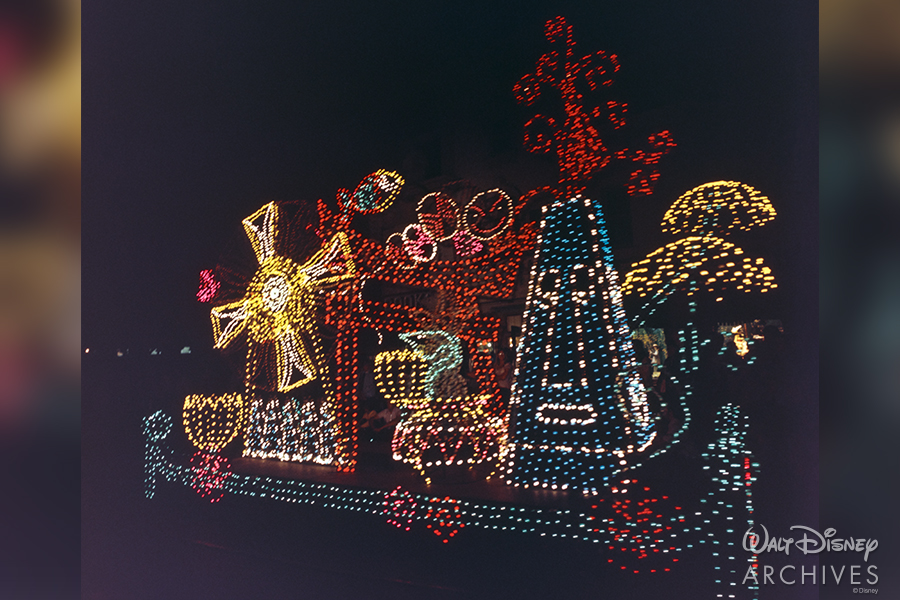