Last night, we set out on an epic quest to interview the stars of Disney and Pixar’s Onward at the film’s world premiere—and we emerged victorious! Stars Chris Pratt, Tom Holland, Julia Louis-Dreyfus, and Octavia Spencer hit the blue carpet at the El Capitan Theatre in Hollywood, where they joined director Dan Scanlon, producer Kori Rae, and the rest of the team who brought the tale of two teenage elf brothers to life.

Onward centers on Ian (Holland) and Barley (Pratt), whose late father left them a gift: the chance to spend one more day together. Unfortunately, their visitation spell goes awry, giving Ian and Barley just 24 hours to bring their father back to life before he vanishes forever. For Scanlon, who was an infant when his own father passed away, this is a very special film. “It’ll always be a personal story to me, but now it’s kind of everyone’s story, I hope,” he said. “I hope that people see a little bit of their own family and friends in this film. People who’ve seen the film have come up to me and told me their personal stories, and that’s a gift that is really special, that it evokes that in them.”

Much like their characters, Pratt and Holland—who previously co-starred in Marvel Studios’ Avengers: Infinity War and Avengers: Endgame—feel a strong kinship. “One hundred percent, Tom and I share a brotherly bond in real life. He’s like a little brother to me. I want to just protect him,” Pratt said of his younger co-star. “I see how talented he is. I see how pure his heart is. It’s so exciting to watch him go down this journey, and just like an older brother can learn from a younger brother, I’ve been through some of the things that he’s going to go through—and is going through—in the Marvel world.”

And because he’s “never had a little brother” in real life, Pratt said he’s happy to have Holland. “I told him again today, ‘Use me, man. Call me up if you ever have an issue.’”

With a laugh, Holland said, “I might actually try to adopt him as my big brother, for real!”

For Louis-Dreyfus, Onward is also represents homecoming of sorts, as she previously voiced Atta in Pixar’s 1998 classic a bug’s life. “They were asking me has it changed in however many years since I did a bug’s life, and from my point of view, it really hasn’t!” the Emmy® Award-winning star said. “I mean, I’m sure that from an animation and technological point of view it’s really changed, but it hasn’t from my point of view. Going into the recording studio and trying to create a character with your voice, it’s the same process.” In Onward, Louis-Dreyfus voices Laurel Lightfoot, Ian and Barley’s mother. She spends much of the film trailing them with Spencer’s The Manticore. “It’s so cool because there’s sort of dual quests going on in the movie,” she shared, “and I love that!”

Police officer Colt Bronco (voice of Mel Rodriguez) is also hot on Ian and Barley’s trail throughout Onward. “I think he’s between a rock and a hard place in a lot of ways,” Rodriguez explained. “He’s Laurel’s boyfriend, and then at the same time, he’s not trying to step on any times. He’s not trying to fill their father’s shoes, obviously, but he’s trying to be the man of the house in a way and teach them life lessons to some degree.”

Onward is set in New Mushroomtown, a suburban fantasy world. According to Jason Headley, who wrote the screenplay with Scanlon, the juxtaposition of the modern and the mundane was key to making the brothers’ adventure all the more magical. “We needed magic to tell the story, and what makes it more fun is to make it modern,” he explained. “What would happen to magical things in a world that kind of got mundane?” Find out the answer to that question when Onward opens in theaters on March 6, 2020.

Before then, check out the gallery from the world premiere below: 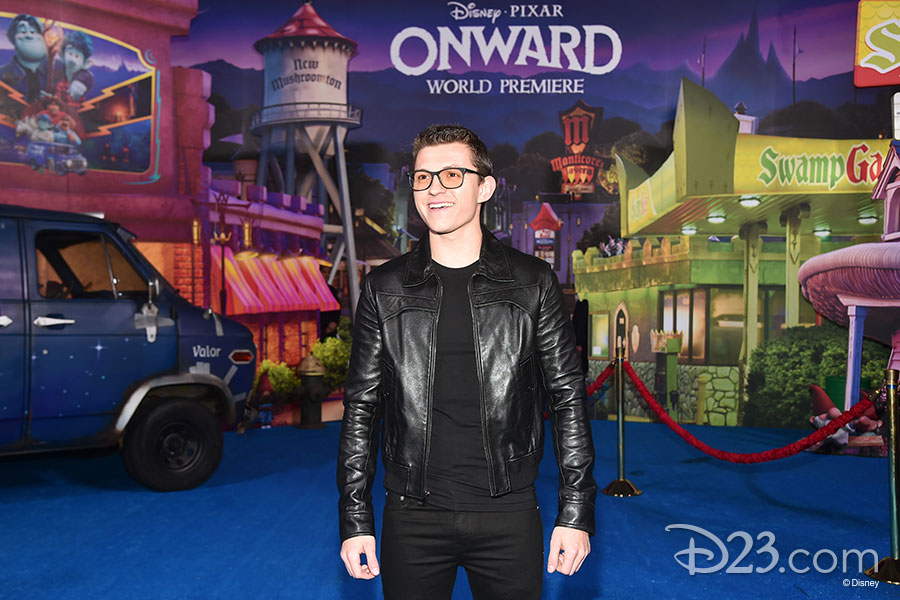 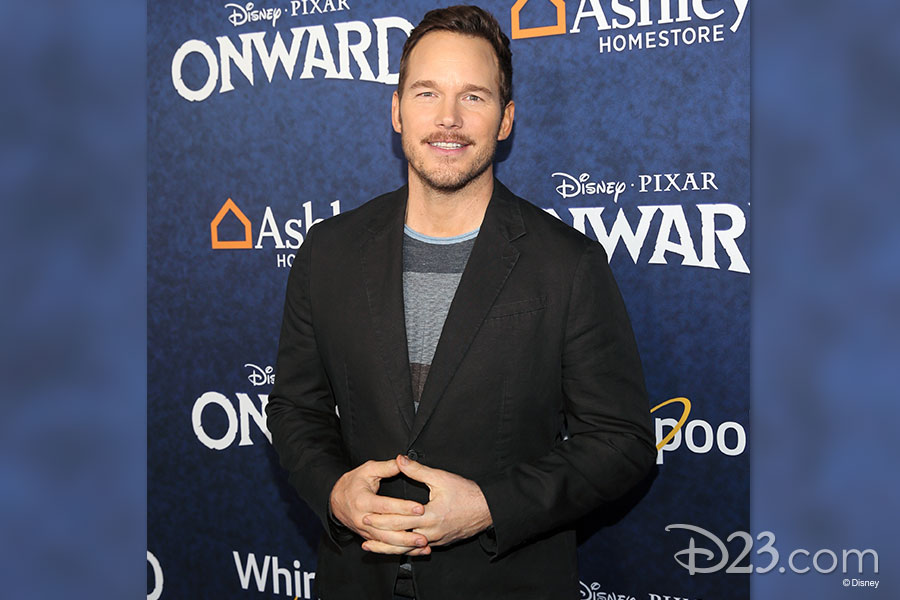 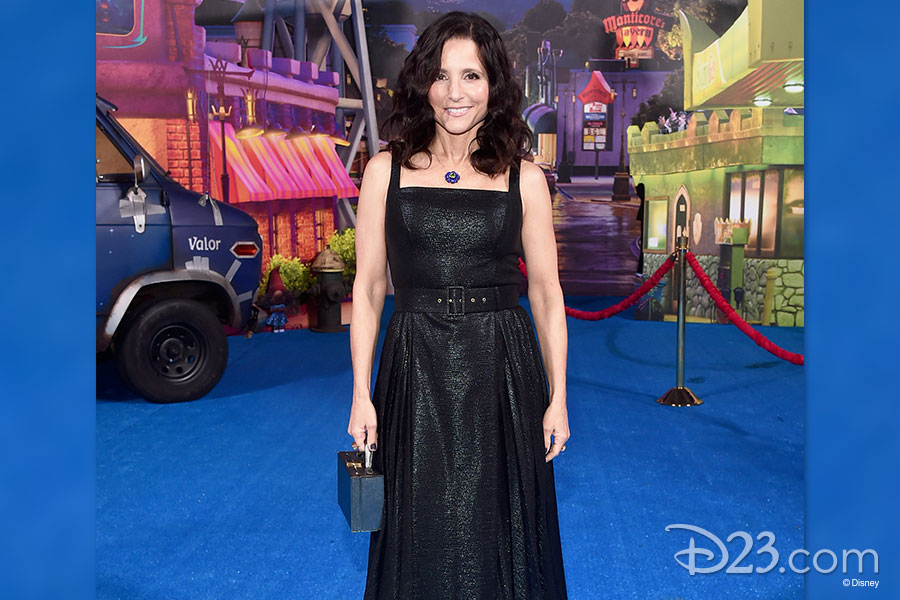 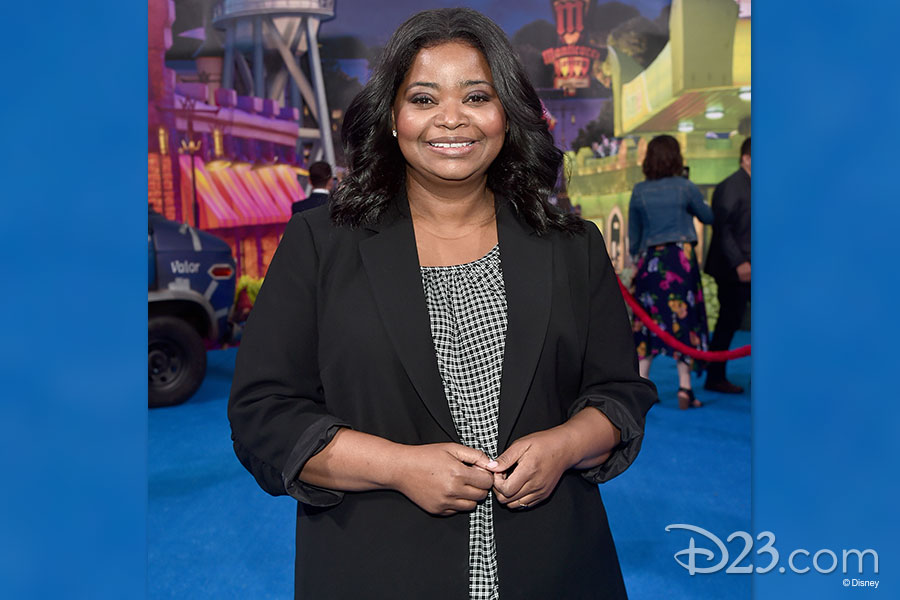 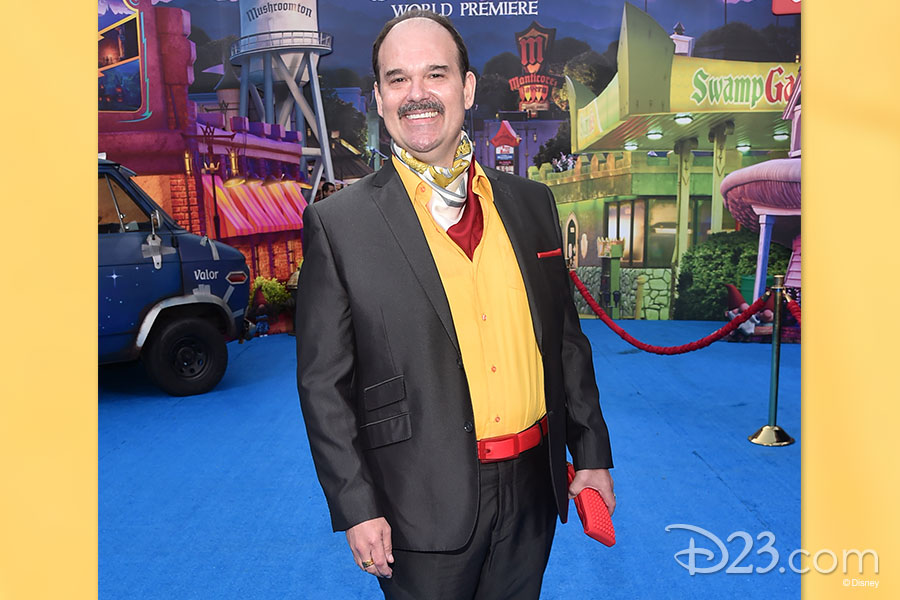 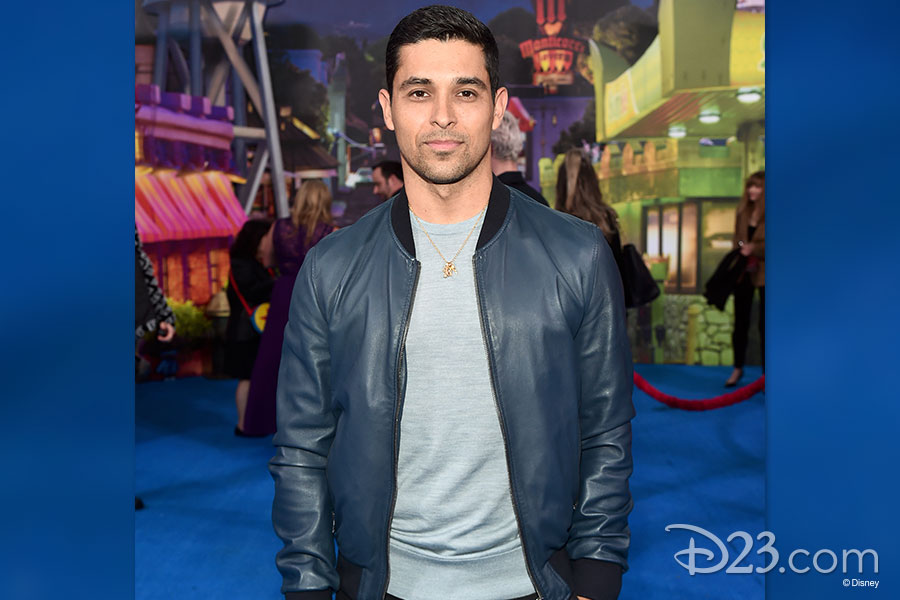 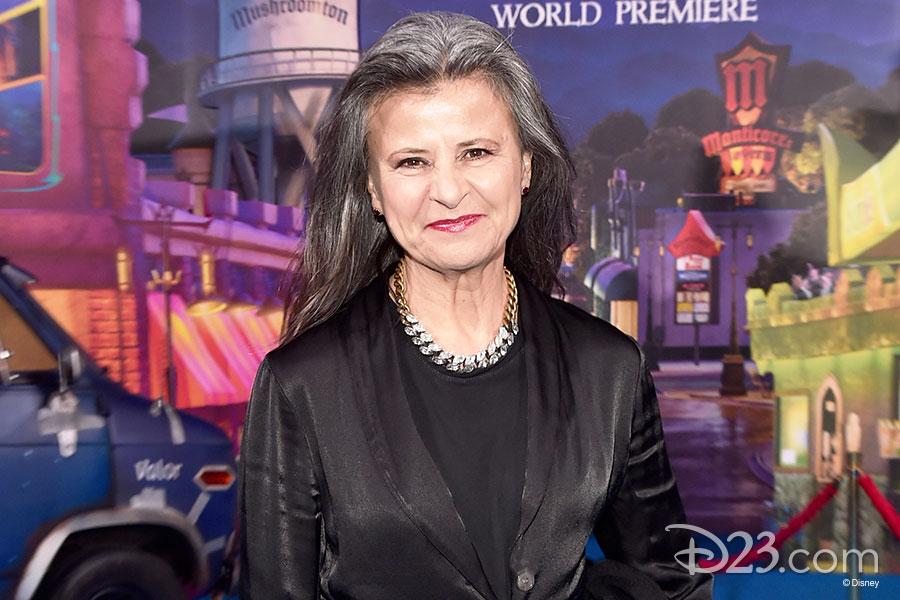 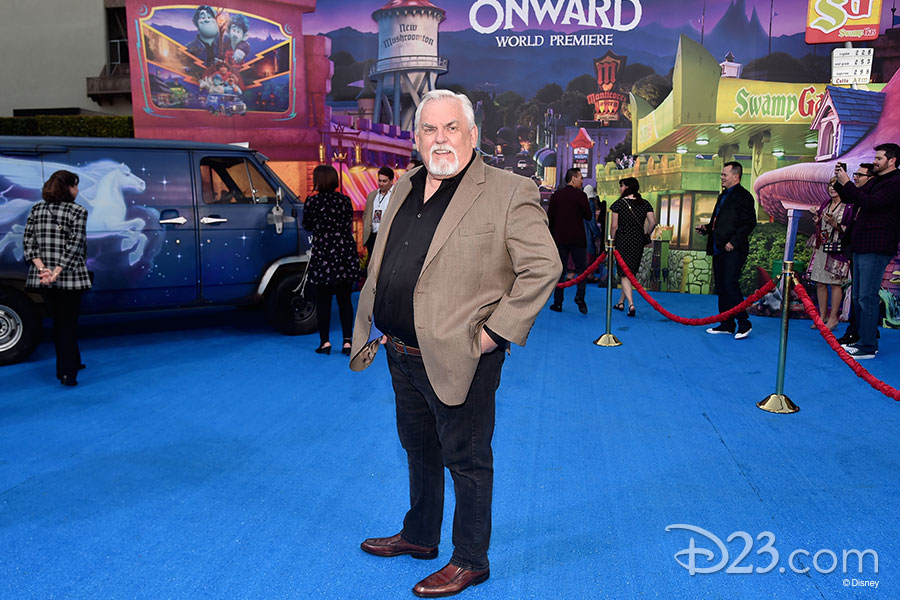 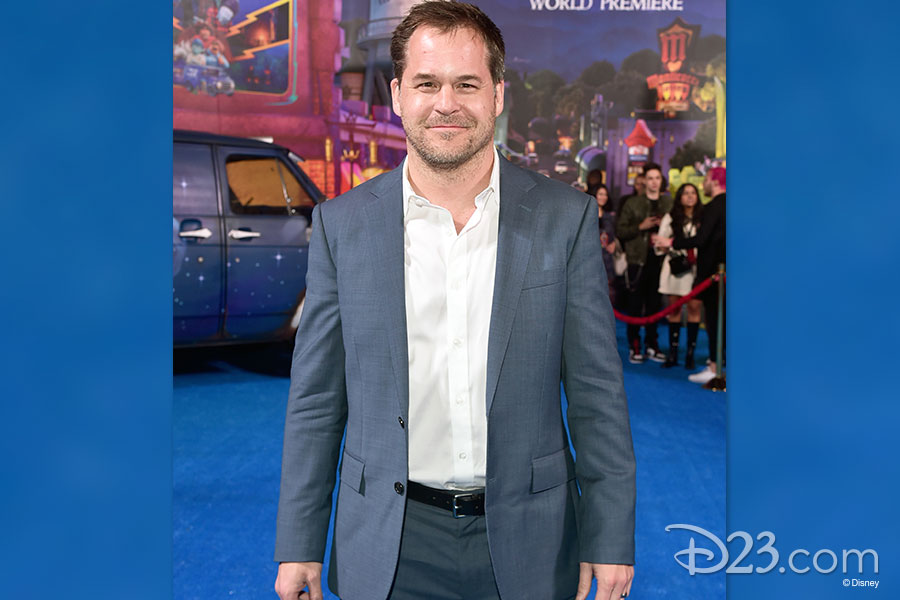 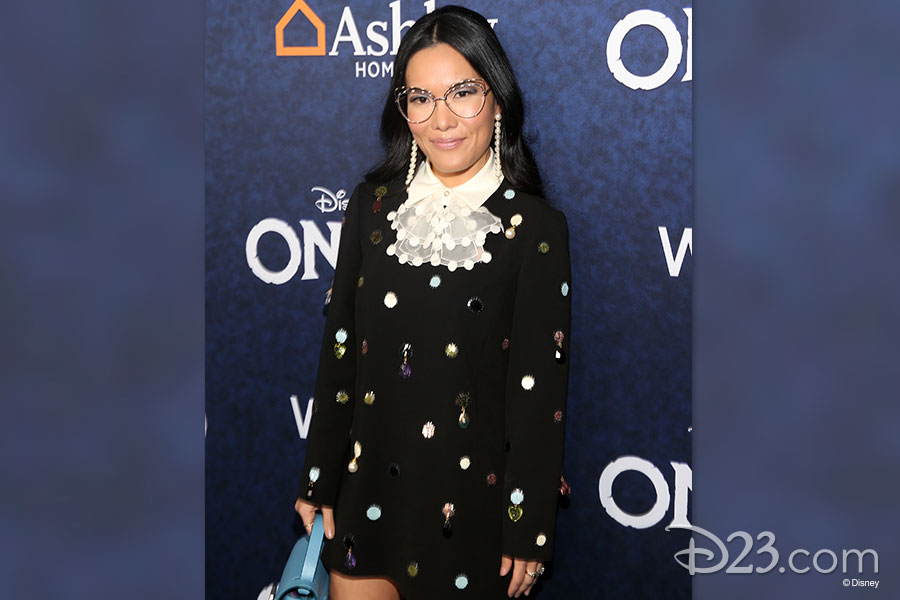 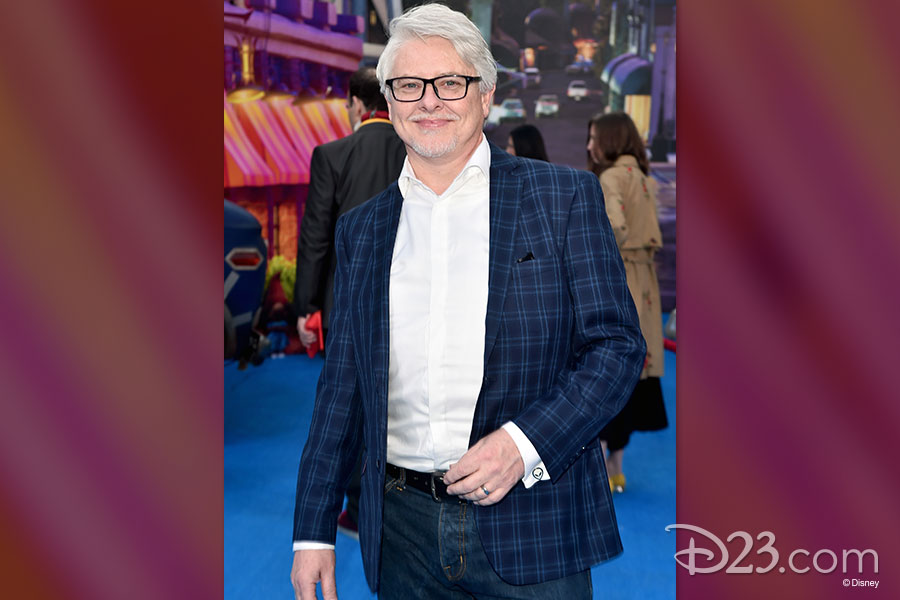 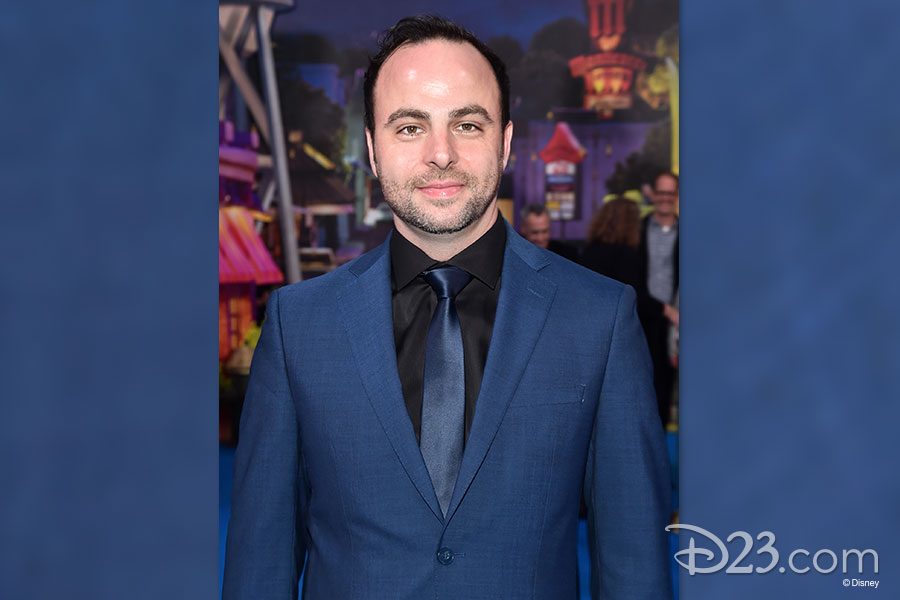 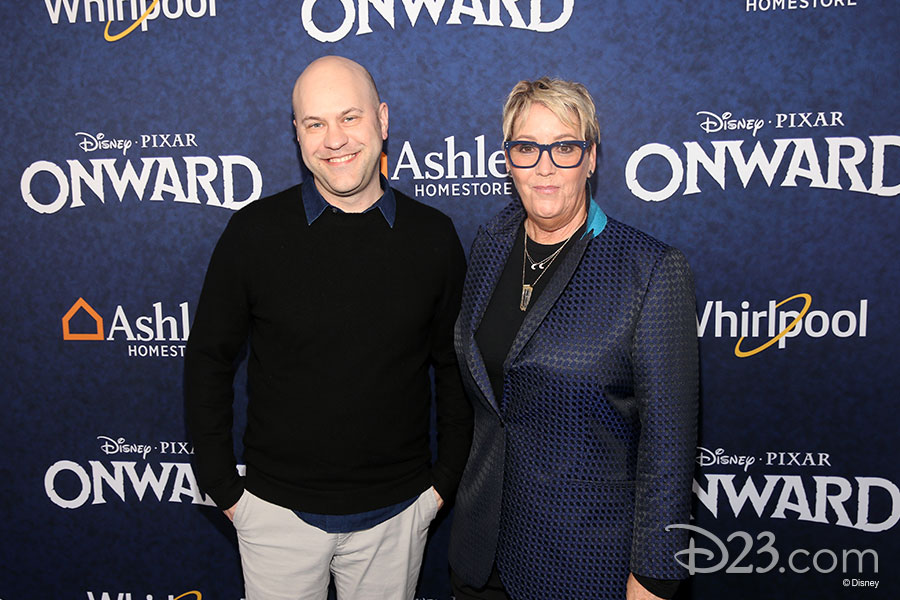 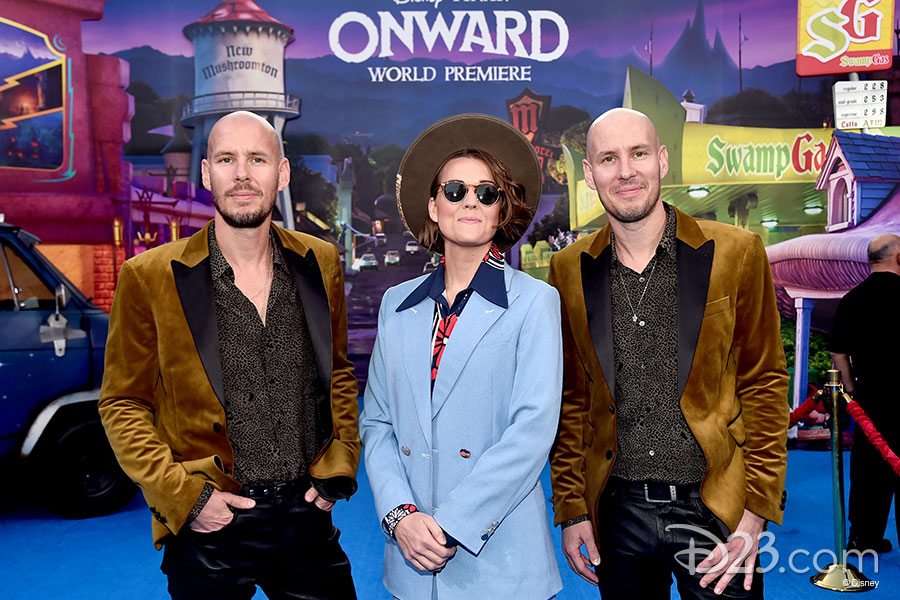 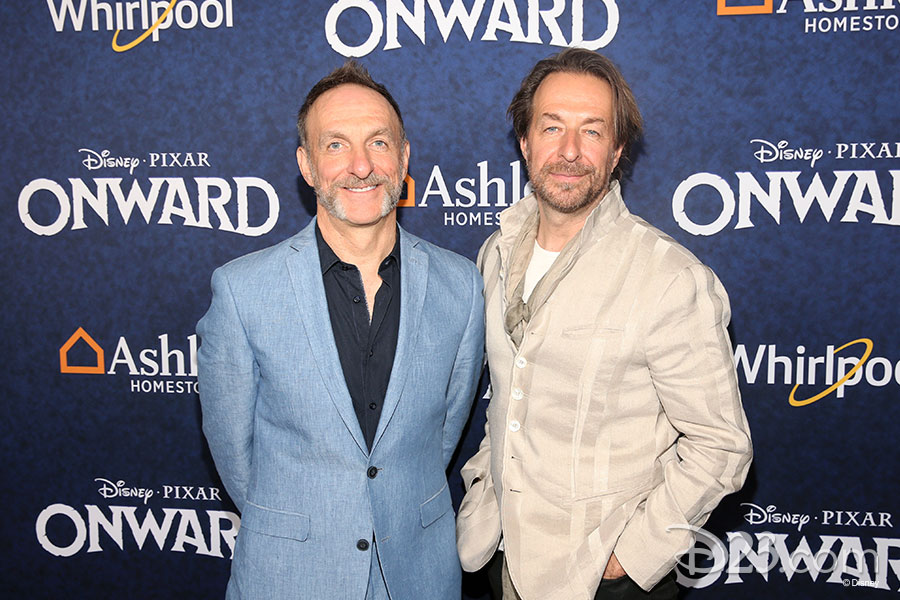 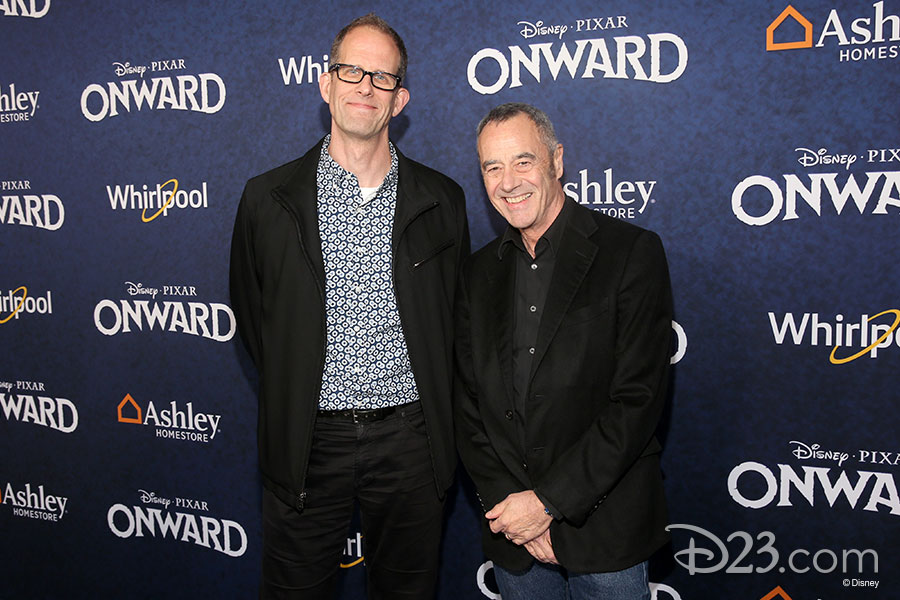