Home / News / Headlines / Play It Cool with New Trailer for West Side Story—Plus ...

The Countdown Continues Towards 20th Century Studios’ West Side Story

In just a few weeks’ time, we’ll meet Tony, María, Bernardo, Anita, and all the Sharks and the Jets when 20th Century Studios’ West Side Story dances across theaters around the U.S.—and to celebrate its impending release, they’ve gifted us a brand-new trailer for the film, above.

West Side Story has been adapted for the screen from the original 1957 Broadway show, with book by Arthur Laurents; music by Leonard Bernstein; lyrics by Sondheim; and concept, direction, and choreography by Jerome Robbins. See it in theaters beginning December 10!

Disney+ Day, ahoy! There is so much from around the worlds of Disney to watch this weekend on our beloved streamer (honestly, Disney+ is almost like a best friend at this point)… including Marvel Studios’ 2021 Disney+ Day Special, Ciao Alberto, Olaf Presents, and more. We hope y’all have laid in enough snacks to last through these many, many hours of most excellent entertainment! 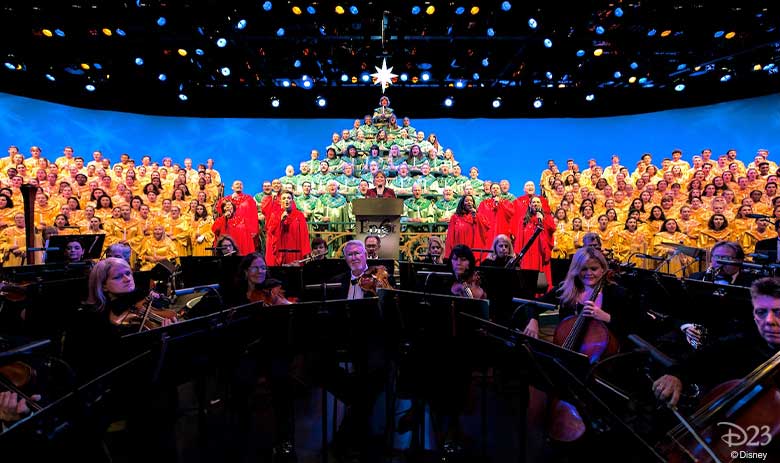 In case you’re not familiar: Each holiday season, the “Candlelight Processional” at America Gardens Theatre—inside EPCOT at Walt Disney World Resort—finds a celebrity narrator telling the story of Christmas, accompanied by stirring songs of hope and joy performed by an orchestra and massed choir. This year, the Voices of Liberty will form a living Christmas tree at center stage, flanked on either side by a choir of Disney cast members. And just who will be joining these fantastic performers as narrators? Our friends at the Disney Parks Blog recently announced the 2021 lineup, including award-winning actors, singers, Broadway legends, TV hosts… and even a few Disney princesses!

Dancing with the Stars fans, take heed: Mirrorball Champion Kaitlyn Bristowe (The Bachelorette) will be kick-ball-changing her way into the Dancing with the Stars 2022 winter tour! Reprising her Mirrorball-winning stint on the hit series, fans can come witness Kaitlyn relive her most memorable moments from the ballroom alongside her professional partner, Artem Chigvintsev, in their very own hometown. See Bristowe’s recent performance on the show in the clip, above.

“All of the dancers told me what an incredible experience the tour is,” Bristow recently said. “I am very excited that I’ll finally get to perform in front of an audience and connect with the fans! Being on Dancing with the Starslet me live out my childhood dream by being able to dance on such a big platform and I am beyond grateful for all of it.”

America’s favorite dance show is back on tour this winter to celebrate its 30th Season with “Dancing with the Stars – Live Tour 2022.” Launching January 7 in Richmond, Virginia, this year’s all-new production will feature fan-fave professional dancers thrilling audiences with all the breathtaking dance styles seen on ABC’s hit show—plus several brand-new choreographed specifically for the tour. In this year’s state-of-the-art production, audiences will have the opportunity to experience the excitement, glitz, and glamour they see in the ballroom every Monday night live in their hometowns.

For more info, including a full list of tour dates and locations, check out DWTSTour.com!

Mere days ago, several cast members from Home Sweet Home Alone—premiering this very day (Friday, November 12) on Disney+—came together for a rollicking virtual press conference… and D23 was there! Hear about some of the behind-the-scenes hijinks, and how they brought the heart and humor of the original Home Alone franchise to this new iteration, by clicking here.

Wonder what it’s like to switch—literally overnight—from the spooky, kooky celebrations of Halloween at Magic Kingdom Park to a veritable holiday jubilee? Look no further than this magically merry video, above, featuring the Walt Disney World Holiday Services team transforming the park in just one evening. Make sure to look for all the special EARidescent touches on Main Street U.S.A., created to honor the 50th anniversary of Walt Disney World Resort.

Festivities officially begin today, Friday, November 12, when holiday magic and delightful displays of decorations will be found throughout the Walt Disney World Resort—including Disney Springs. If you’re a D23 Gold Member and will be visiting the resort during Destination D23 next week, make sure to check it all out! 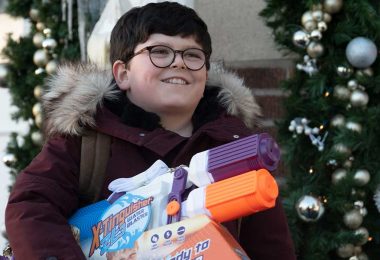 Decking the Halls with the Cast of Home Sweet Home Alone 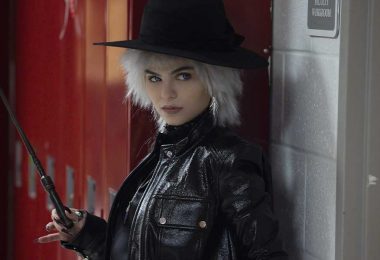