Big news, friends and fans! The global celebration of Disney+ Day will return on Thursday, September 8—just before the mega-huge event we’re already starting to get ready for ’round these parts: D23 Expo: The Ultimate Disney Fan Event presented by Visa in Anaheim, California! To mark the occasion, our pals at the streaming service will host special experiences for fans and subscribers, and will premiere lots of new content—including the return of a beloved Disney franchise, with the all-new live-action Pinocchio.

Directed by Oscar® winner Robert Zemeckis, this live-action retelling of the beloved tale is headlined by Tom Hanks as Geppetto—the wood carver who builds and treats the puppet Pinocchio (Benjamin Evan Ainsworth) as if he were his own son. Joseph Gordon-Levitt is Jiminy Cricket, who serves as Pinocchio’s guide as well as his “conscience”; Cynthia Erivo is the Blue Fairy; Keegan-Michael Key is “Honest” John; Lorraine Bracco is Sofia the Seagull, a new character; and Luke Evans is The Coachman. Also featured are Kyanne Lamaya as Fabiana (and her marionette Sabina), Giuseppe Battiston as Stromboli, and Lewin Lloyd as Lampwick.

Disney+ Day will feature the big premiere of Pinocchio as well as a host of other debuts from the worlds of Disney, Pixar, Marvel, Star Wars, and National Geographic… so stay tuned for more updates in the coming months. And mark those calendars, y’all!

With all six seasons of Glee now streaming on Disney+ and Hulu, you pretty much have your weekend sorted, right? In case you need to pepper in a few other morsels of merriment, to wit: Sweet Home Alabama on Freeform this Saturday; the 2022 Special Olympics USA Games Opening Ceremony featuring Sara Bareilles on Sunday; and so much more.

Earlier this week, 20th Century Studios released a dynamic new trailer for The Princess, directed by Le-Van Kiet. The original movie will stream beginning July 1, exclusively on Hulu in the U.S.; Star+ in Latin America; and Disney+ under the Star banner in all other territories.

An action-packed fight to the death set in a fairy tale world, The Princess stars Emmy Award® nominee Joey King as a beautiful, strong-willed princess who refuses to wed the cruel sociopath to whom she is betrothed, and is subsequently kidnapped and locked in a remote tower of her father’s castle. With her scorned, vindictive suitor intent on taking her father’s throne, the princess must protect her family and save the realm.

Doctor Strange in the Multiverse of Madness Coming to Disney+ This Month!

Sure, you saw the madness on the big screen—but soon you’ll have the chance to live it all over again any time you want via Disney+! Yes, just this week it was announced that Marvel Studios’ Doctor Strange in the Multiverse of Madness will be available exclusively on the streamer beginning Wednesday, June 22. Stars Benedict Cumberbatch, Elizabeth Olsen, Benedict Wong, and Xochitl Gomez offered up the news in the magical clip, above.

In Doctor Strange in the Multiverse of Madness, the MCU unlocks the Multiverse and pushes its boundaries further than ever before. Journey into the unknown with Doctor Strange, who, with the help of mystical allies both old and new, traverses the mind-bending and dangerous alternate realities of the Multiverse to confront a mysterious new adversary.

In celebration of Pride Month, Disney+ has revealed the trailer for Trevor: The Musical—a filmed version of the Off-Broadway stage production that follows a charming 13-year-old force of nature with a vivid imagination. As he deals with becoming a teenager in 1981, Trevor struggles to navigate his own identity and determine how and where he fits in a challenging world. After an embarrassing incident at school suddenly puts him under the wrong spotlight, Trevor must summon the courage to forge his own path. Trevor: The Musical will make its streaming debut Friday, June 24, on Disney+.

A deeply moving and funny story of self-discovery and the power of acceptance, Trevor: The Musical is about living your best life with lots of passion… and a touch of pizzazz! The musical is based on the 1995 Academy Award®-winning short film Trevor, which ultimately inspired the founding of LGBTQ youth suicide prevention nonprofit The Trevor Project—the world’s largest suicide prevention and mental health organization for LGBTQIA+ young people.

… And don’t forget to look for Disney+’s Pride collection, where Trevor: The Musical will join additional content featuring LGBTQ+ stories and characters; fan-favorite series grown-ish, The Proud Family: Louder and Prouder, High School Musical: The Musical: The Series, and Gravity Falls are featured, and films joining the collection this year include Better Nate Than Ever, West Side Story (2021), Eternals, Howard, and more!

ICYMI: A Chef on a Mission: We Feed People Highlights the Work of José Andrés and World Central Kitchen

Chef Jose Andrés and his World Central Kitchen project have been feeding people in times of crisis since 2010—and now, thanks to a new documentary directed by Oscar® winner Ron Howard, we get a behind-the-scenes look at just how Andrés and his team make it happen. Hear from the chef and Howard here at D23.com, and make sure to check out the documentary now streaming exclusively on Disney+. 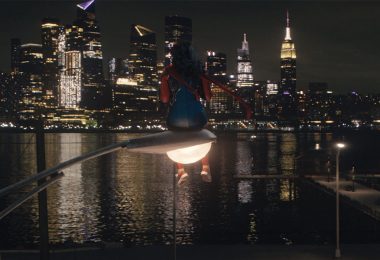 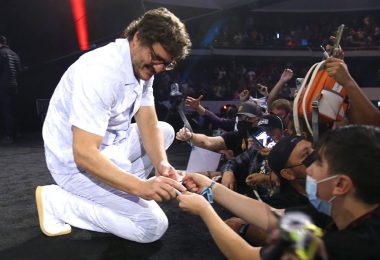 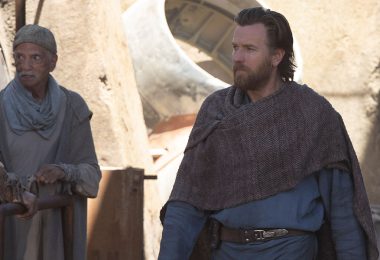