The premiere of Disney’s Descendants—the all-new, live-action movie that offers a fun, contemporary twist on your favorite Disney fairy tales—is only a couple days away! Can’t stand to wait that long to meet the sons and daughters of the world’s most iconic heroes and villains? You’re in luck! Disney Channel just premiered a six-minute “sneak peek” video that introduces you to Mal (Maleficent’s daughter), Carlos (Cruella de Vil’s son), Evie (the Evil Queen’s daughter), and Jay (Jafar’s son)… and also includes a look at one of the film’s big musical numbers, “Rotten to the Core.”

A Whole New World for Aladdin on Broadway’s One Millionth Guest!

Just imagine… you’re in New York City for the night to catch a Broadway show, and you decide to join the day-of “lottery” to score some great tickets. Not only do you win the seats you want, but you also happen to make a little history in the process!

That’s just what happened to Stephanie Lubin, a medical student from Melville, Long Island. When Stephanie and her high school sweetheart Kevin Sparaco had their tickets scanned as they entered the theater, ushers discovered that Stephanie was the show’s one millionth guest! Aladdin cast members surprised them with confetti, special sashes, and glasses of champagne… and the couple was even upgraded to premium orchestra seats. As if that wasn’t cool enough, Aladdin’s Tony®-winning Genie, James Monroe Iglehart, granted the couple one last wish: Two round-trip tickets to Italy and a three-night stay (for up to 10 people) in a fabulous luxury villa in Tuscany!

Take a look at Stephanie and Kevin’s amazing night in the clip above, courtesy of our pals over at Disney on Broadway.

If you spend any time at all on your smartphone (and these days, who doesn’t?), you’re probably familiar with emojis—you know, those cute little characters that can often express your thoughts better than mere words ever could. Disney Interactive took emojis to a whole new level this past February with the debut of Disney As Told By Emojis, a video series that uses all the mechanics of your smartphone to tell stories in a truly unique way. Frozen As Told By Emojis was the first to be released, back in February.

Now, Disney Interactive—in collaboration with Walt Disney Animation Studios—premieres Tangled As Told By Emoji. See Rapunzel, Flynn Rider, Mother Gothel, and the rest of the cast tell their tale with emojis, text threads, lock screens, and even calendar alerts! And keep an eye out for future installments featuring The Lion King, Winnie the Pooh, and more. 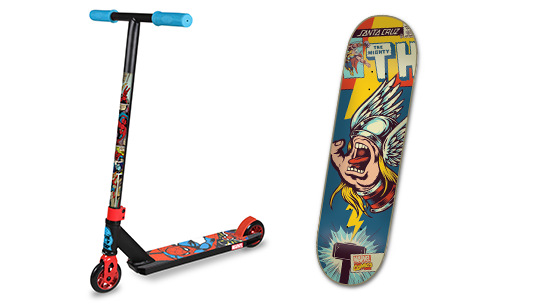 Sports Go to the Extreme with Marvel Super Heroes

Ever wanted to skateboard with Spider-Man? Or ride your tricked-out scooter with Captain America? Disney Consumer Products (DCP) has got you covered! Hot off the heels of Marvel’s recent appearance in ESPN Magazine, and their presence at the recent X Games 2015, DCP is partnering with licensees Santa Cruz Skateboards, Madd Gear Scooters, and SMS Headphones to pave the way for an adrenaline-filled super hero-inspired sporting goods lineup in retail stores this year.

Looks like a little “extreme” back-to-school shopping is in order, right?

Our friends over at Disney Cruise Line (DCL) are committed to helping protect the environment all around us—and to inspire their guests to do the same. This new video chronicles DCL and Disney’s Animal Programs’ multi-year project to restore the beautiful coral reef in the Bahamian waters around Disney’s Castaway Cay.

Did you know new coral can grow in a sort of underwater “farm”? Find out more fascinating tidbits from several of the scientists involved in the project in the video, above.

Bringing Rapunzel’s World to Life in Tangled: The Musical

Rehearsals are in full swing for Disney Cruise Line’s latest production, Tangled: The Musical, and today we’re getting another special behind-the-scenes look. In this new clip, set designer Brad Kaye (who previously designed the stage looks for DCL’s Aladdin—A Musical Spectacular) explains how he’s taking the colorful Bavarian locales from the animated film and translating them to the live theatrical stage. You might even catch a glimpse of the infamous Snuggly Duckling tavern!

Tangled: The Musical will debut aboard the Disney Magic this November. 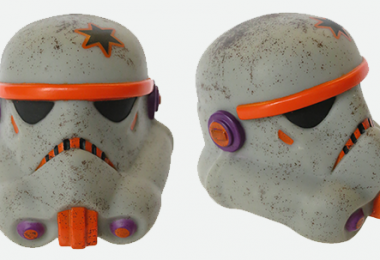