See Mulan in action, and prepare to channel your inner werewolf this weekend… Read more, along with other news from around Disney, in this week’s news briefs!

We’ve been waiting with bated breath, and now it’s almost here—Disney’s live-action adventure Mulan will open in theaters in just a skosh over two months! To celebrate, do check out this brand-new trailer for the film, above… as well as some of the striking new character posters, below: 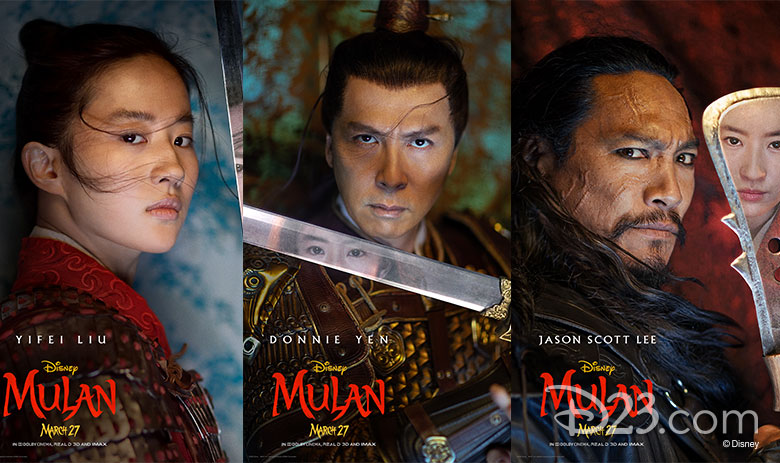 Director Niki Caro brings the epic tale of China’s legendary warrior to life in Mulan, from a screenplay by Rick Jaffa & Amanda Silver and Lauren Hynek & Elizabeth Martin, suggested by the narrative poem The Ballad of Mulan. It tells the story of a fearless young woman who risks everything out of love for her family and her country to become one of the greatest warriors China has ever known. When the Emperor of China issues a decree that one man per family must serve in the Imperial Army to defend the country from Northern invaders, Hua Mulan, the eldest daughter of an honored warrior, steps in to take the place of her ailing father. Masquerading as a man, Hua Jun, she is tested every step of the way and must harness her inner strength and embrace her true potential. It is an epic journey that will transform Mulan into an honored warrior and earn her the respect of a grateful nation… and of a proud father.

Look for Mulan at a cineplex near you March 27! 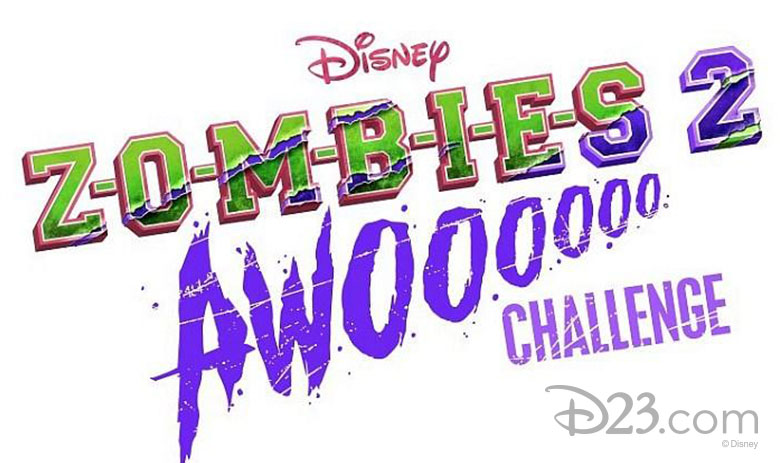 Ready to channel your inner werewolf? (Who isn’t, really?) Well, look no further than the ZOMBIES 2 AWOO Challenge—in honor of both the upcoming, highly anticipated Disney Channel Original Movie and National Werewolf Day on Thursday, February 6!

From now through this Sunday, February 2, fans can show off their wild side by entering the AWOO Challenge—the opportunity to be part of the longest howl of all time!—by uploading their very own howling video, to potentially be included in a compilation video set for release on National Werewolf Day. All submissions will be entered for a chance to win a ZOMBIES 2 prize pack full of movie-inspired swag from the upcoming DCOM.

Additionally, fans can also participate in the AWOO Challenge by visiting a special ZOMBIES 2 Surprise Lockers event in three locations across the country to record and upload their video in-person; events are scheduled for Saturday, February 1, and Sunday, February 2 in San Diego, CA (Fashion Valley Mall), Philadelphia, PA (King of Prussia), and Louisville, KY (Jurassic Quest at the Kentucky Exposition Center).

For more information, visit z2awoo.com—and mark your calendars for the big ZOMBIES 2 premiere on Valentine’s Day, Friday, February 14, at 8 p.m. ET/PT on Disney Channel and DisneyNOW.

We’re big fans of Disney Fairy Tale Weddings ‘round these parts, so this next bit of news got us more excited than an entire wedding party hitting the dance floor for the “Electric Slide”: The feel-good series is back, and this time it’s bringing some wedded bliss to Disney+! And it’ll follow everything from epic weddings and intimate vow renewals, to magic proposals and even some memorable anniversary celebrations—all with that distinctive Disney magic.

Hosted once again by Stephen “tWitch” Boss (resident DJ on The Ellen Show) and his wife, Dancing with the Stars pro Allison Holker, the eight-episode season will take viewers to Walt Disney World and Disneyland Resorts; aboard Disney Cruise Line; on the gorgeous grounds at Aulani, A Disney Resort & Spa; and even internationally with some romantic trips with Adventures By Disney. Viewers will also have the chance to get the inside scoop on planning a Disney Wedding—sitting in on a planning session and gathering wedding “inspo.”

Harrison Ford Talks The Call of the Wild in New Featurette

In just a few weeks’ time, we’ll get to experience the literary classic The Call of the Wild in a whole new way. And this week, we heard from the film’s star, Harrison Ford, in a new featurette entitled Adventure Companions. Take a look, above.

Adapted from the beloved book, The Call of the Wild vividly brings to the screen the story of Buck, a big-hearted dog whose blissful domestic life is turned upside down when he is suddenly uprooted from his California home and transplanted to the exotic wilds of the Canadian Yukon during the Gold Rush of the 1890s. As the newest rookie on a mail delivery dog sled team—and later its leader—Buck experiences the adventure of a lifetime, ultimately finding his true place in the world and becoming his own master. As a live-action/animation hybrid, The Call of the Wild employs cutting edge visual effects and animation technology to render the animals in the film as fully photorealistic (and emotionally authentic) characters. 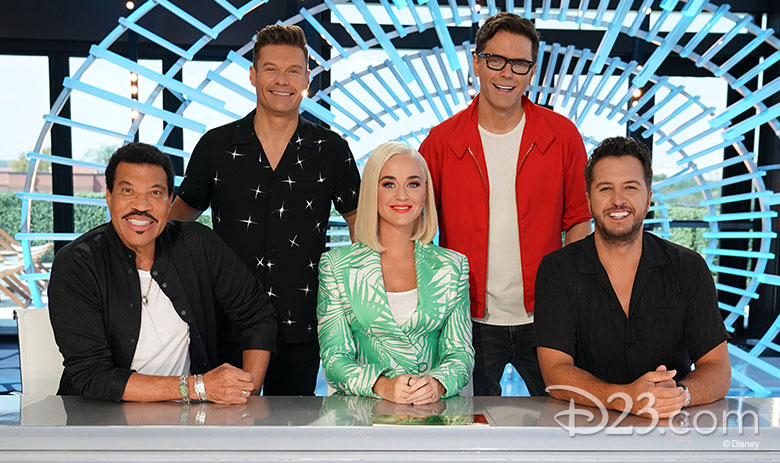 The search for the next singing sensation is almost here: American Idol is back on ABC for season three beginning Sunday, February 16 (8-10 p.m. EST)! Returning this season are music industry legends and all-star judges Luke Bryan, Katy Perry, and Lionel Richie—as well as Emmy®-winning producer Ryan Seacrest as host. Plus, multimedia personality Bobby Bones will return to his role as in-house mentor.

In the highly anticipated premiere, us lucky viewers will embark on a nationwide journey across Savannah, GA; Milwaukee, WI; Washington, D.C.; Los Angeles, CA; and Sunriver, OR, where the show’s iconic judge auditions will surprise audiences with never-before-seen twists. Those auditioning for the coveted ticket to Hollywood include a subway performer from Harlem who gives one of the most emotional auditions in Idol history; a garbage collector with no experience who heads to the streets of Savannah, alongside host Seacrest, to warm up for his audition; and a hopeless romantic who encounters her own fairy tale twist during her audition as she sings from the heart. We can’t wait for all the magical musical merriment! 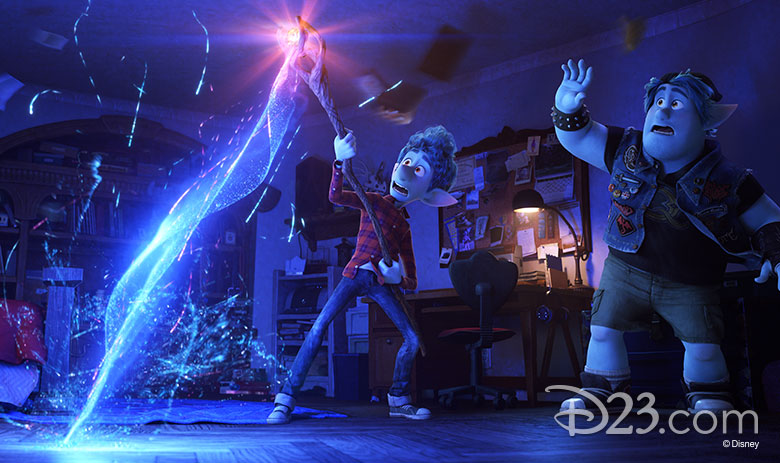 We’ll get to meet the Barley brothers from Disney and Pixar’s Onward in fairly short order—but, if you’re planning on enjoying some Disney vacation magic in the next few weeks, you’ll soon be able to delight in an early sneak peek of the film!

For a limited time beginning Friday, February 7, guests visiting Disney Parks can catch a glimpse of scenes from the film; sneak peeks will be shown in the Tomorrowland Theater at Disneyland park and as part of the Walt Disney Presents attraction at Disney’s Hollywood Studios at Walt Disney World Resort. Additionally, guests aboard Disney Cruise Line can also catch this special look at scenes from the film during select sailings in February and early March.

Set in a suburban fantasy world, Disney and Pixar’s Onward introduces two teenage elf brothers—Ian (voice of Tom Holland) and Barley (voice of Chris Pratt)—who embark on an extraordinary quest after being given the chance to spend one more day with their father. Join the adventure in theaters beginning March 6!