July 17, 2015, will officially mark 60 years to the day that Walt Disney opened Disneyland

. . . and The Happiest Place on Earth is observing this landmark anniversary with a yearlong Diamond Celebration that kicks off May 22. Our friends at Disney Parks and Resorts shared some exciting details about three eagerly anticipated entertainment experiences at a special event held tonight at Disneyland that has left us even more eager for the party to start.

Here are some of the festive enhancements that are sure to make this Diamond Celebration sparkle: 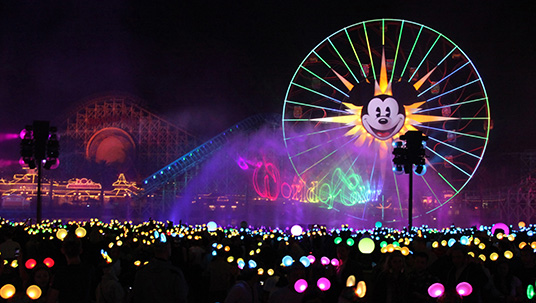 World of Color—Celebrate! The Wonderful World of Walt Disney

Tom Staggs, Chairman, Walt Disney Parks and Resorts, along with Steve Davison, executive for Parades and Spectaculars with Walt Disney Imagineering Creative Entertainment, announced that this all-new edition of the popular nighttime spectacular at Disney California Adventure will celebrate Walt Disney and his determination to make his dream of Disneyland the fantastical reality that it is. In the show—which will include both animated and live-action footage, fountains, lasers, special effects, and, of course, music—Mickey Mouse will lead park guests on a journey that recounts moments from Walt’s unparalleled legacy in animation, as well as his dream of Disneyland. 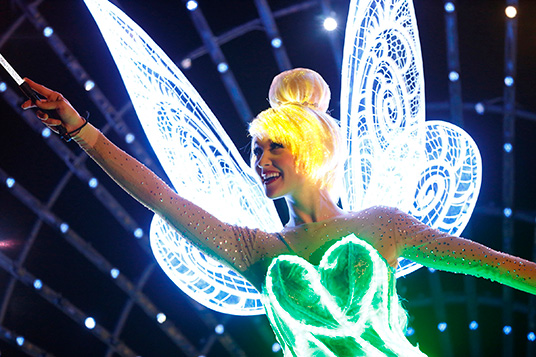 Also debuting on May 22, the Paint the Night parade will be a breathtaking state-of-the-art nighttime parade that combines innovative floats, awe-inspiring costumes and special effects, and more than 1.5 million LED lights illuminating Main Street, U.S.A. like you’ve never seen it before. The parade will feature Mickey Mouse, front and center, “painting the night” with a little help from the power of Tinker Bell’s pixie dust. Favorite characters from Monsters, Inc., Cars, Toy Story, Frozen, and more beloved Disney films will be part of the magic. 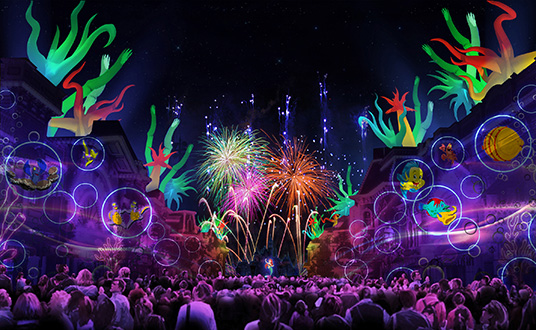 A dazzling anniversary celebration at Disneyland certainly cries out for a dazzling display of fireworks, and Staggs and Davison promised exactly that. Disneyland Forever will feature the largest installation of projection mapping technology in a Disney park and special effects that will turn Main Street, U.S.A. and other Disneyland park locations into a “magical canvas” that will transport us—pyrotechnically—to the London skyline of Peter Pan, along with other dream-like settings. The new fireworks spectacular will also include two new songs, including a composition written by Disney Legend Richard Sherman, “Kiss Goodnight.” 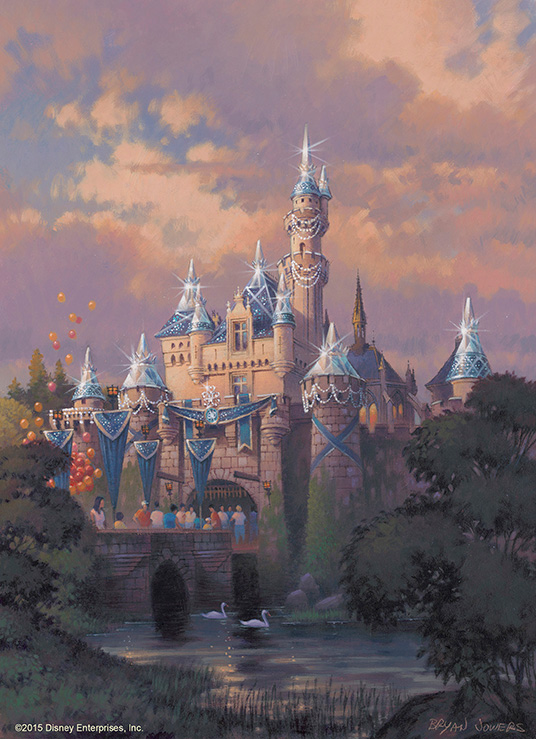 We’re thrilled to see what else is in store for this once-in-a-lifetime Diamond Celebration and are looking forward to updating you in the coming months on all of the special food items, décor, and diamond anniversary-themed merchandise that will be arriving at the Happiest Place on Earth. For us—and no doubt, for all of you—May 22 just can’t come soon enough! 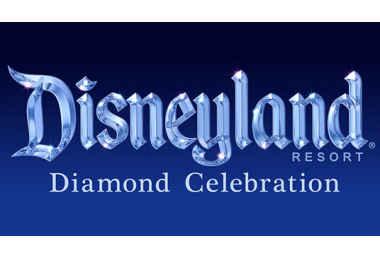