We first found out about Pixar Fest, a celebration of our favorite Disney•Pixar stories at the Disneyland Resort, during D23 Expo 2017, and now, the Disney Parks Blog has shared some more details around this exciting limited-time offering.

Beginning April 13, 2018, Pixar Fest will feature the debut of an all-new fireworks spectacular, Together Forever – A Pixar Nighttime Spectacular. Celebrate friendship during an emotional journey through our favorite Pixar pairings, while immersed in dazzling pyrotechnics, memorable music, and projections on Sleeping Beauty Castle, the water screens of the Rivers of America, the façade of it’s a small world, and the buildings of Main Street, U.S.A. Plus, Buzz Lightyear will take flight over Sleeping Beauty Castle for the first time!

Pixar Play Parade makes its way to Disneyland park––with new parade elements including the iconic Pixar lamp, characters from Up and Inside Out, while Paint the Night heads to Disney California Adventure park. In addition to favorite stories Toy Story, Monsters, Inc., and Cars, another Pixar story will join Paint the Night later in the year.

Also in Disney California Adventure, the Sunset Showcase Theater in Hollywood Land will host the Pixar Shorts film festival, featuring rotating favorites like For the Birds and Lava throughout most of Pixar Fest. Over in Paradise Gardens, check out a new Pixar-themed musical troupe and Pixar character greeting opportunities.

There will be lots to see and do during Pixar Fest at the Disneyland Resort––including a new transformed land, Pixar Pier! Stay tuned for more details on themed food and beverage offerings, merchandise, and more. 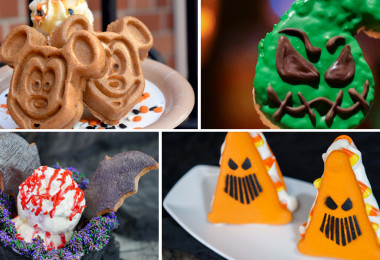