From working on upcoming films like Wreck-it Ralph 2 (in theaters March 2018), to animating for films we may not even know about yet, the artists at Walt Disney Animation Studios are always busy. But somehow, artists still find time to create new stories for the Walt Disney Animation Studios Artist Showcase. Take Benson Shum, the author and illustrator of Holly’s Day at the Pool, an all-new (and adorable!) picture book about an apprehensive hippo. We sat down with Benson to learn more about the Artist Showcase and our new favorite hippo, Holly.

You can get your own copy of Holly’s Day at the Pool here. 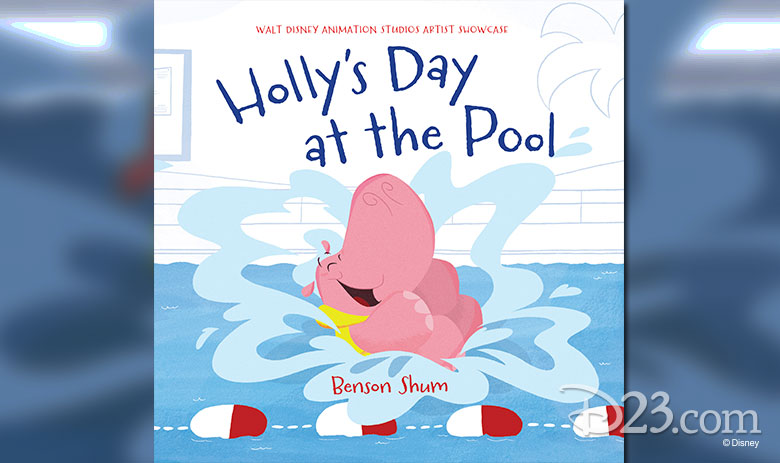 D23: You created Holly’s Day at the Pool for the Showcase, can you tell us a little bit about the story?
Benson Shum: Holly the hippo imagines the worst: icebergs and icy water, penguins and seals! Her imagination bursts at every turn, making it harder and harder for her to step foot in the pool—until she gets the chance to be a hero. Holly may be scared, but she is a very brave girl. 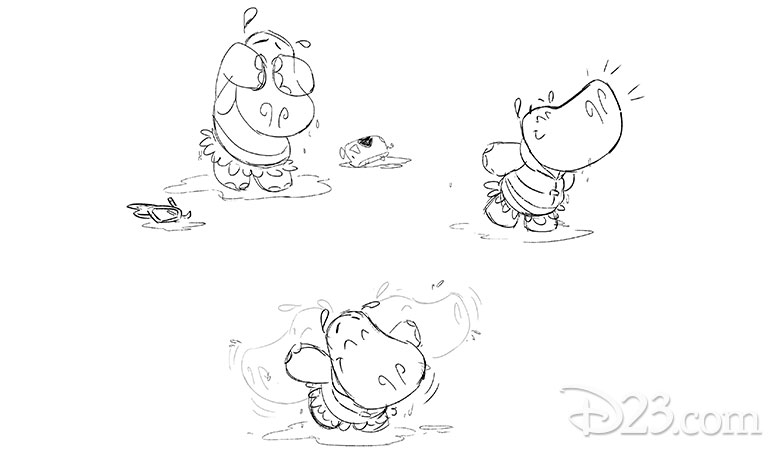 D23: What (or who) inspired you to create this character and tell this story?
Benson Shum: The story came about when I was talking with my sister about my niece. She was around 3 years old, and transitioning from taking baths to showers. She did not like it at all. She was scared when water would get in her eyes and her ears. I thought that was an interesting concept. As adults, we sometimes forget how droplets of water—like a shower—would be fine, but to a child it could feel like a waterfall raining down on them. I wanted to explore how a child’s imagination would see that world and overcome it. 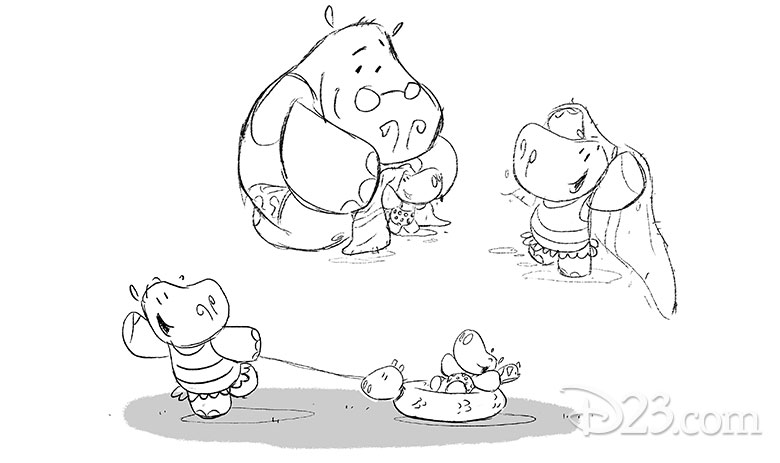