The idea of creating a spookhouse fascinated Walt Disney as early as 1951 –a time even before an expanse of orange groves would be chosen as the site for Disneyland. And while a brooding antebellum manor appeared on the shores of the Rivers of America in 1963, it would be six more years before the happy haunts would cast open their doors and allow foolish mortals inside. 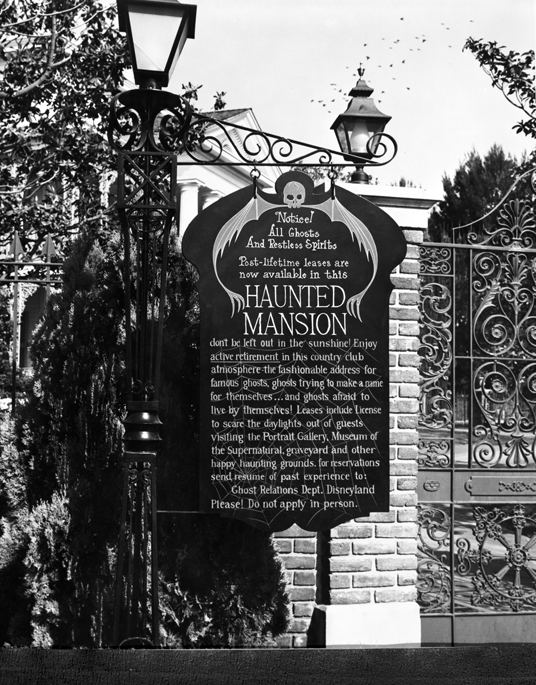 For a time, a sign posted by Disneyland’s “Ghost Relations Department” graced the gates of the mansion, recruiting house-hunting haunts for the upcoming attraction. 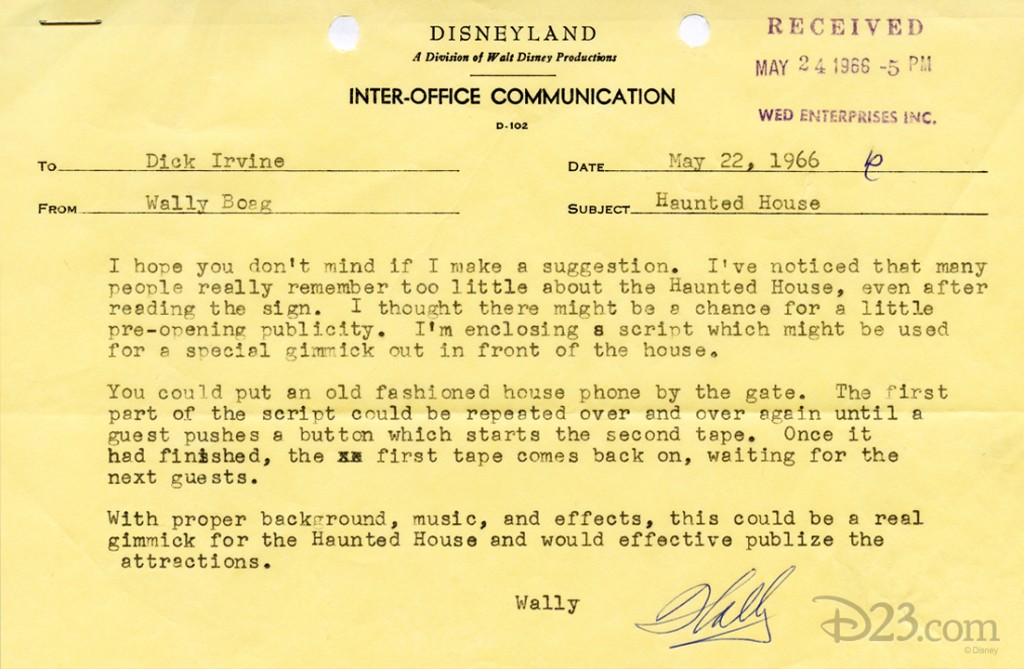 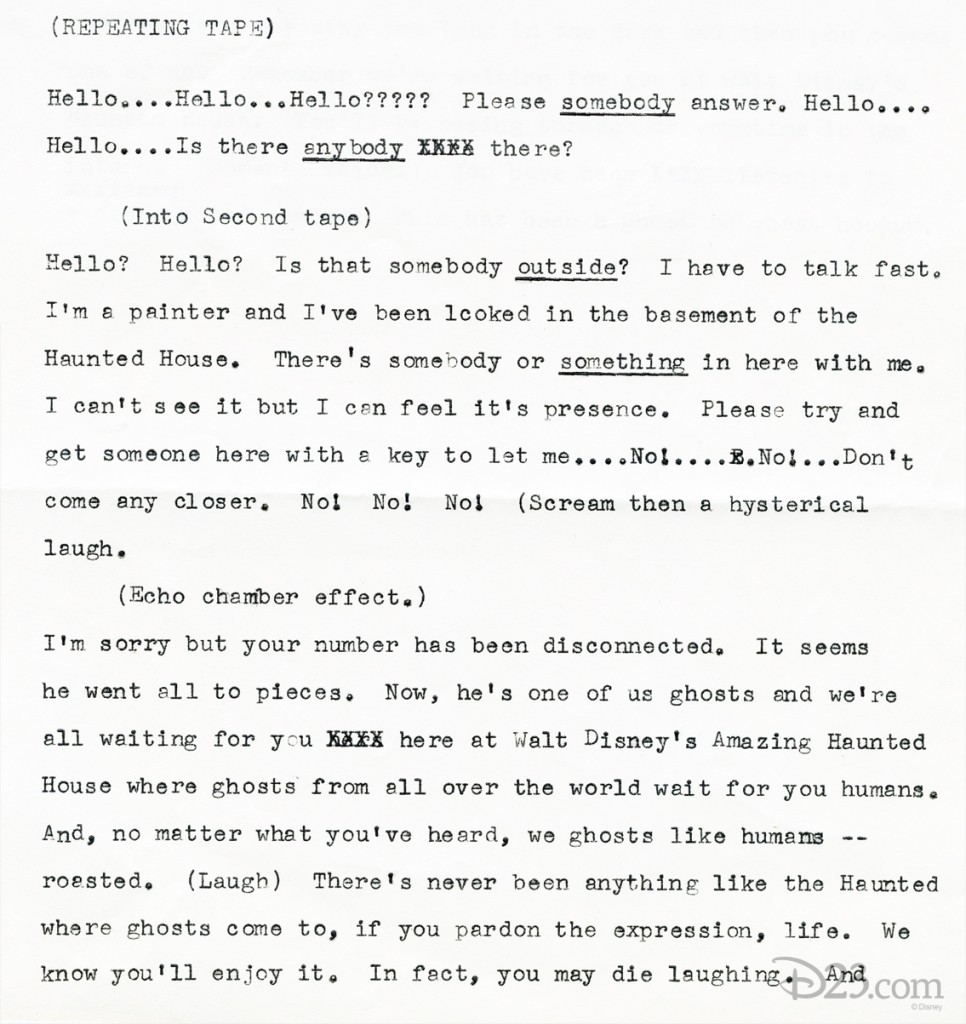 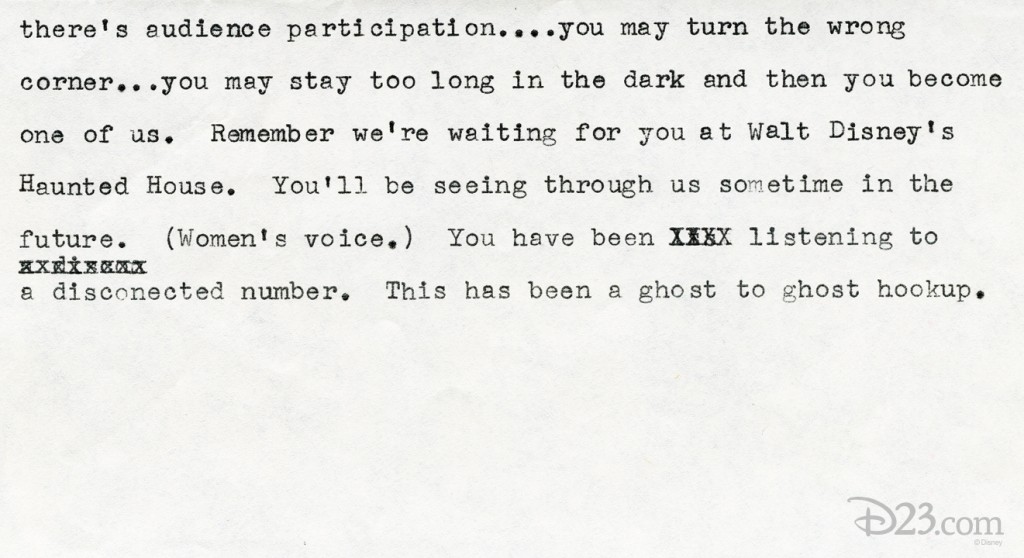 In 1966, Disney Legend Wally Boag submitted this script to Imagineering chief Dick Irvine; it’s an idea for a gag which could be placed outside the mansion to stir up buzz amongst park guests. An old-fashioned house phone would be placed by the mansion gates, and when passing guests picked up the receiver, they would be connected with a frightened man trapped within the basement of the mansion. After a tragic fate befalls the caller, a ghostly voice takes the line and delivers a blurb for the attraction.

While Boag’s ghostly phone never made it into the park, he made many contributions which continue to be found in Disneyland today. Not only did he serve for decades as the comedic highlight of Frontierland’s Golden Horseshoe Revue, but he also helped develop the script of The Enchanted Tiki Room and provided the voice of its emcee, José. 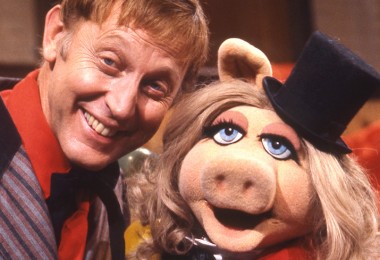 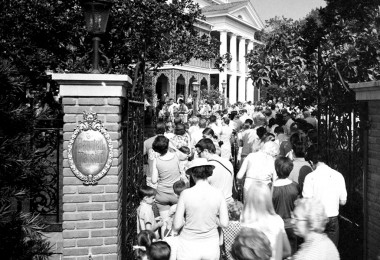