Pixar’s Finding Nemo was released in 2003, a time when most animated films were being produced digitally. Advertising and marketing development art, like this example from the studio’s Creative Print Services team, is important for the Walt Disney Archives to save because it serves as an original, physical piece that connects our collection to a largely digital production. The piece itself is made with metallic paper, acrylics, and ink. As Mark Cotta Vaz states in The Art of Finding Nemo, “The final movie would be computer generated, but in the field of concept art…which begins with limitless blue sky, the quickest route to an idea is still humble pencil and paper.”

Not only does this type of art give us a peek into the development and promotion of a film, it also illustrates how the characters look on paper before finding their dimension and depth in digital form. Finding Nemo won the Academy Award for Best Animated Feature and garnered three other nominations for Original Screenplay, Original Score, and Sound Editing, cementing its place as a modern animated classic. Sometimes it’s fun to trace that journey from paper to pixel, and beyond. 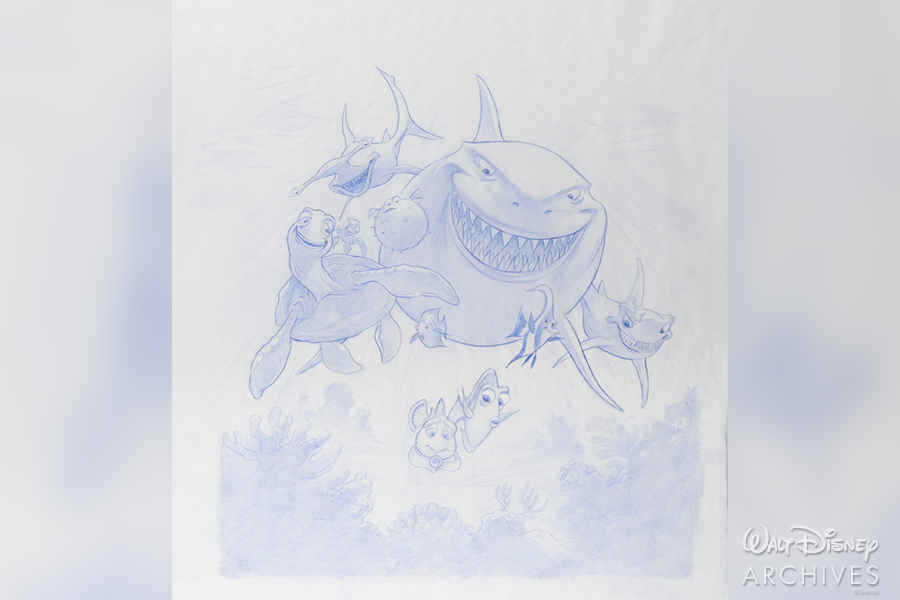 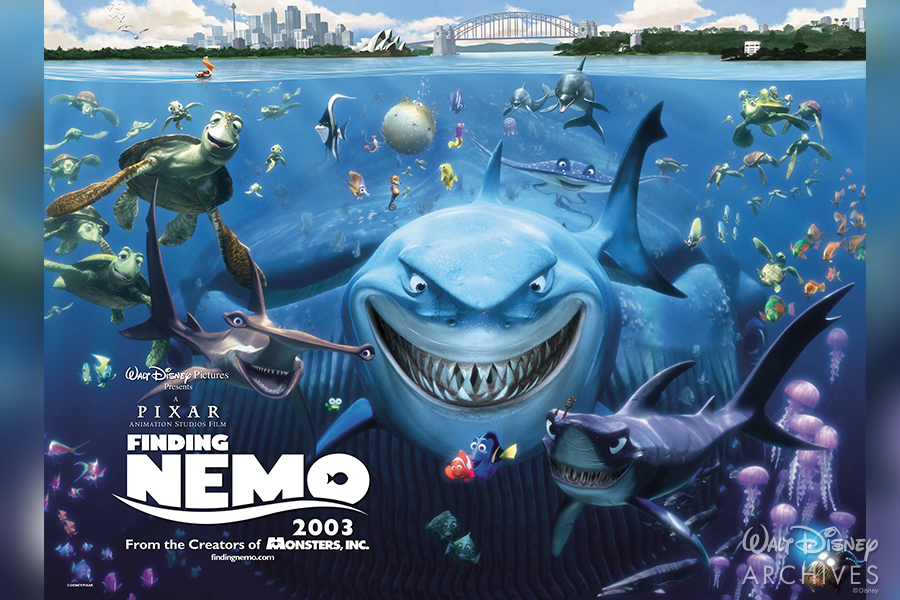 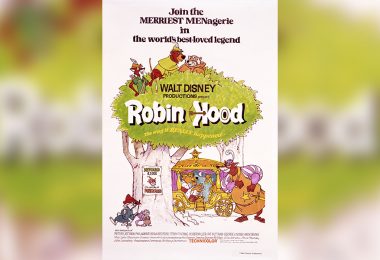