TV fans of America, rejoice! For this week brings with it delightful developments—when our good friends over at the ABC Television Network announce to the world all its brand-new shows for the upcoming prime-time season. In addition to the return of fan favorites like Roseanne, black-ish, Grey’s Anatomy, American Idol, and Speechless, ABC is adding four new shows to its sure-to-entertain fall lineup. (Honestly, we’re ready to set our DVRs right now.) Plus, three more series will join the network as we head into 2019…

Take a gander at the new shows (including their just-released trailers) below—and don’t forget to let us know which ones you can’t wait to watch!

A Million Little Things—Starring James Roday (Psych), David Giuntoli (Grimm), Ron Livingston (Office Space), and Romany Malco (Think Like a Man)—and based on events from series creator DJ Nash’s real life—this drama follows a group of friends from Boston who bonded under unforeseen circumstances. In the decade since, some have achieved success; others are struggling with careers or relationships; but there’s one thing they all have in common: They feel stuck. When one of them dies unexpectedly, it’s the startling wake-up call the others need to finally start living again.

The Rookie—Nathan Fillion, late of ABC’s Castle (and also known for the fan-favorite series Firefly), stars as small-town guy John Nolan who—after a life-altering incident—decides to pursue his dream of being an LAPD officer. As the force’s oldest rookie, John’s met with skepticism from higher-ups who see him as a walking “midlife crisis.” But if he can use his life experience, determination, and sense of humor to give him an edge, he may just become a success in this new chapter of life.

Single Parents—This ensemble comedy follows a group of single parents (including Gossip Girl’s Leighton Meester, Everybody Loves Raymond star Brad Garrett, and former Saturday Night Live player Taran Killam) as they lean on each other to help raise their 7-year-old kids and maintain some kind of personal lives outside of parenthood. When it becomes obvious that the new dad at school has spiraled down a rabbit hole of PTA and princesses, the rest of the gang bands together to make him realize that being a great parent doesn’t mean sacrificing everything about your own identity.

The Kids Are Alright—Set in the 1970s, this comedy is based on series creator Tim Doyle’s real life growing up in a working-class Southern California suburb. The show follows the Clearys, a traditional Irish-Catholic family, as they navigate big and small changes during one of America’s most turbulent decades. Parents Mike and Peggy are raising eight (!) boisterous boys who live out their days with little supervision. But the household is turned upside-down when oldest son Lawrence returns home and announces he’s quitting the seminary to go off and “save the world.” Times are changing—and this family will never be the same.

Whiskey Cavalier—This high-octane, hour-long action dramedy follows the adventures of tough but tender FBI super-agent Will Chase (Scott Foley, Scandal)—codename: “Whiskey Cavalier.” Following an emotional breakup, Chase is assigned to work with tough CIA operative Francesca “Frankie” Trowbridge (Lauren Cohan, The Walking Dead)—codename: “Fiery Tribune.” Together, they lead an inter-agency team of spies who periodically save the world (and each other) while navigating the rocky roads of friendship, romance, and office politics.

The Fix—Attorney and author Marcia Clark co-writes and executive produces this new legal drama. Maya Travis (Robin Tunney, The Mentalist) is an L.A. district attorney who suffers a devastating defeat when prosecuting an A-list actor for double murder. With her high-profile career derailed, she flees for a quieter life in Washington… but eight years later, when this same celebrity is under suspicion for another murder, Maya is lured back to the DA’s office for another chance at justice. 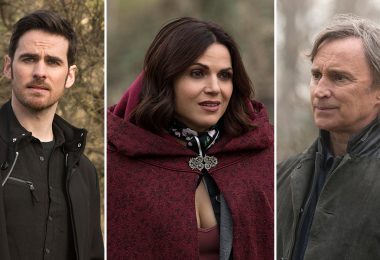 Everything We Know About the Once Upon A Time Series Finale 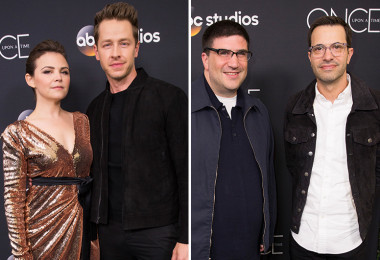