The year is 1958, and it’s the Disneyland First Annual Kids’ Amateur Dog Show,

. . . an event that would continue into the 1960s at the park. Sponsored by Ken-L-Ration-brand dog food, kids entered the Qualifying Kids’ Amateur Dog Shows throughout Orange County, California, with the hopes of being selected as a semi-finalist and getting the chance to go for a walk with his or her pup down Main Street, U.S.A. 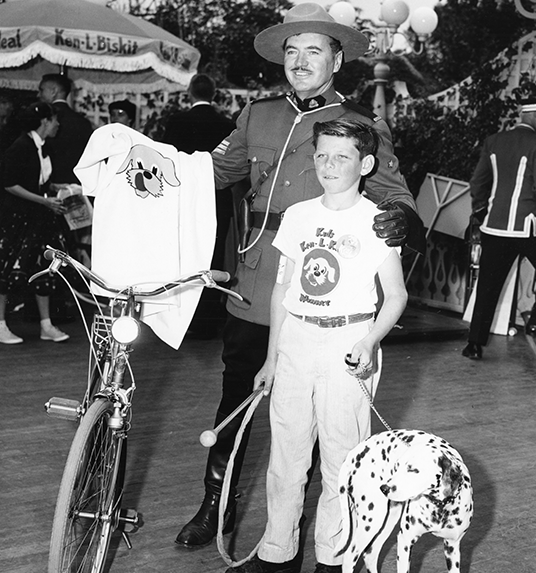 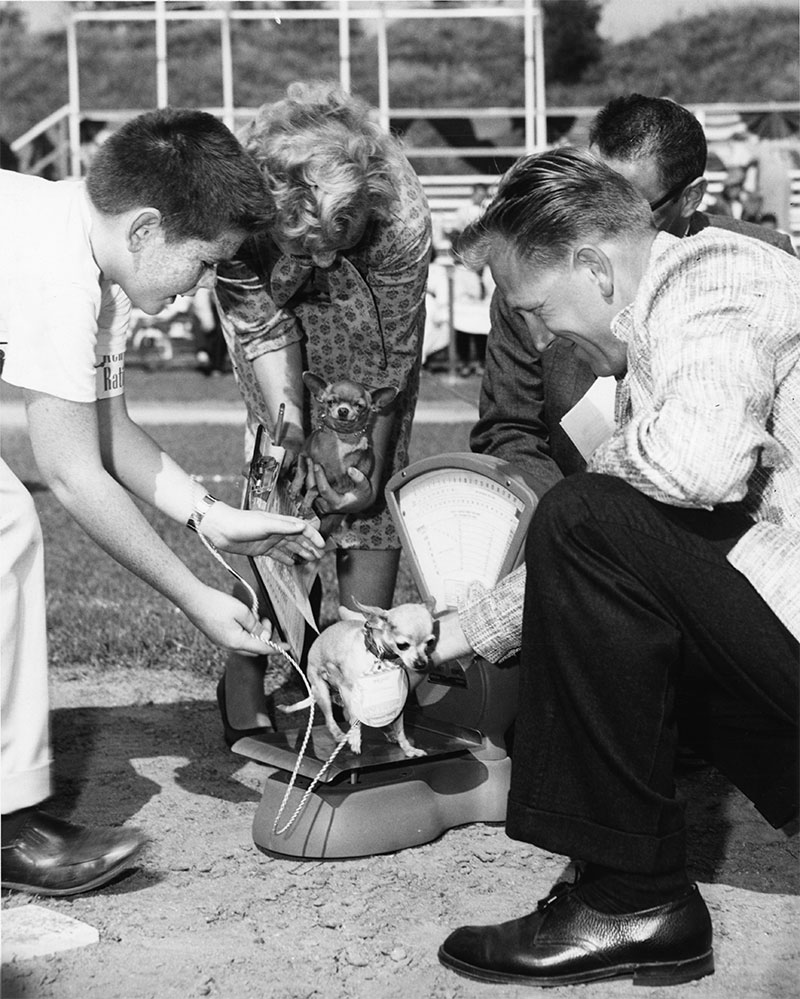 After several trials and tests at Disneyland, the first place winner, which was decided out of the top performers from the 10 individual class categories and ranging from “Largest Dog” to “Prettiest Dog,” rode away with a new bicycle for their master and a special dog blanket. How did they decide which pup was to be named “Most Popular Dog”? By audience applause, of course! 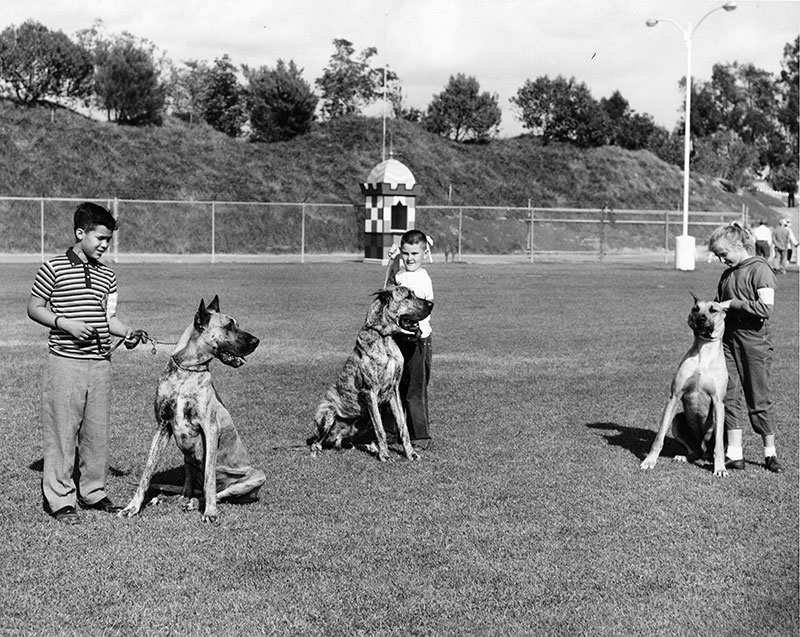 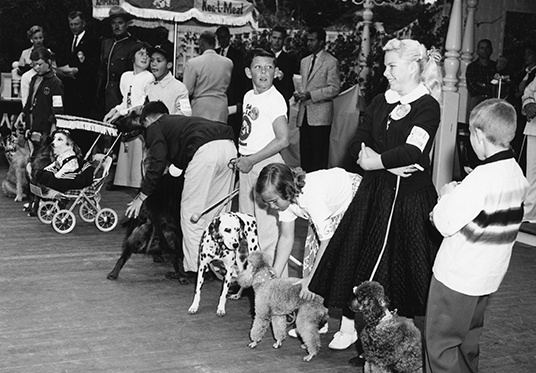 It’s not surprising that that Disney partnered with Ken-L-Ration-brand dog food for the event. 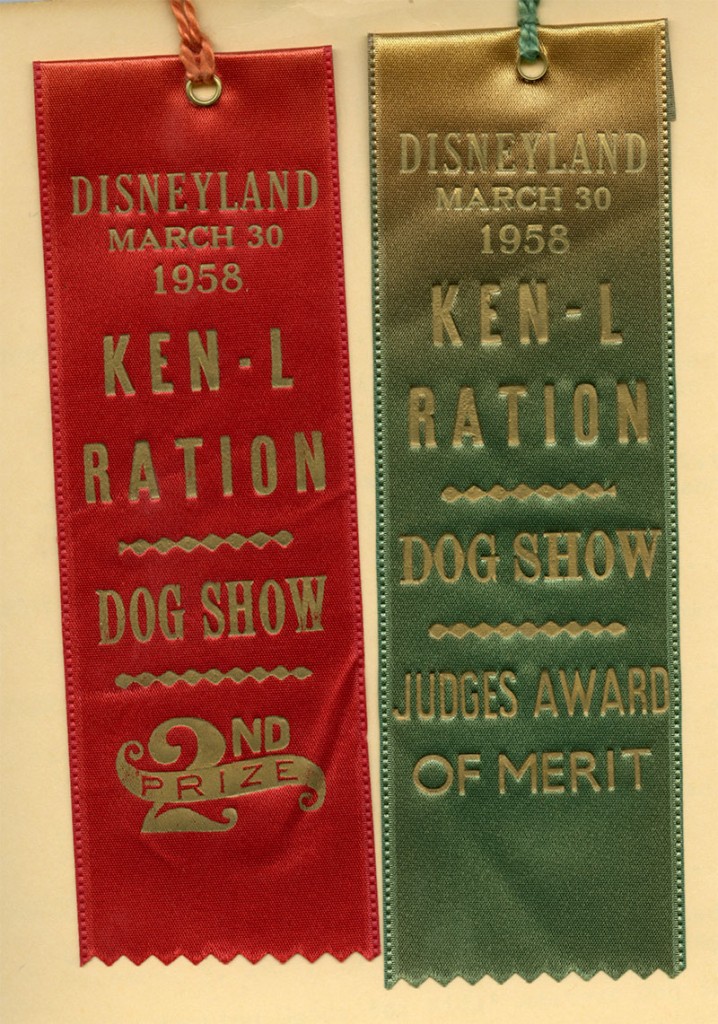 The dog food brand was very popular at the time and made for some delicious prizes for pooch. Even the dogs and masters who did not get selected for the finals left with prizes such as Ken-L Club badges, Ken-L Club T-shirts, and an assortment of other Ken-L products. 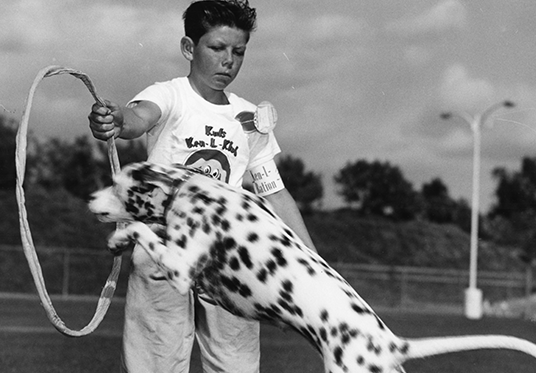 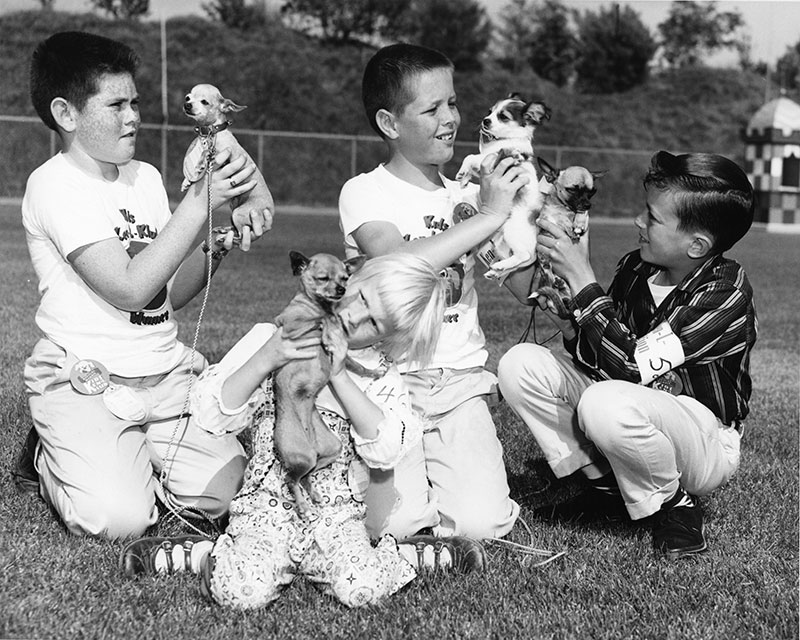 In retrospect, one of the best parts of the show very well may have been the names of the dogs at the time. It clues you in to what people were naming their pets during the late ’50s. Some of the names of the dogs that competed were: Pepper (dalmatian), Laddie (mixed pointer), Freckles (springer), Sparky (fox terrier), Sugarfoot (Chihuahua), Mack Truck (mixed shepherd), Dottie McGowan (dalmatian), Kismet (pug), Rocky (toy fox terrier), Brownie (golden retriever), MacBeth (Great Dane), D’Artagnan (French bull), Coconino (French poodle), Taffy (cocker spaniel), Viking Taylor (cocker), Red Shadow (Irish setter), and Snow Queen (Samoyed). It sort of makes you wonder, had Frozen been released in the ’50s, would Snow Queen have instead been named Elsa? 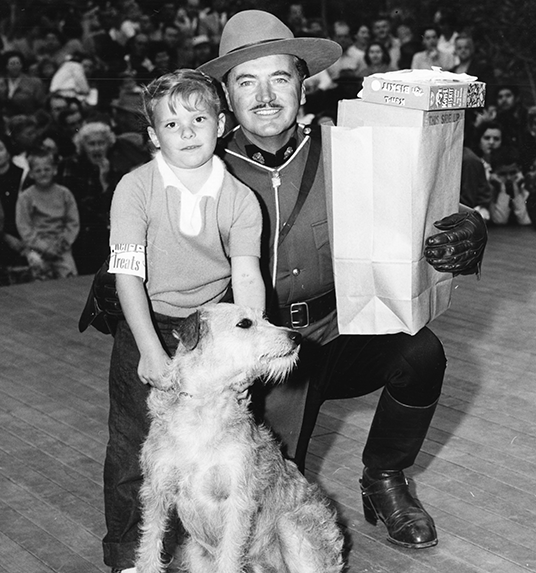 Speaking of Frozen, Sergeant Preston of the Yukon, a character from a popular radio and television series at the time, also appeared at the dog show. The television series in which he appeared followed him as he adventured into northern territories with his trusty pack of snow dogs. The Yukon King is pictured above with a bag full of Ken-L-Ration-brand dog food, no doubt the award this lucky boy received. 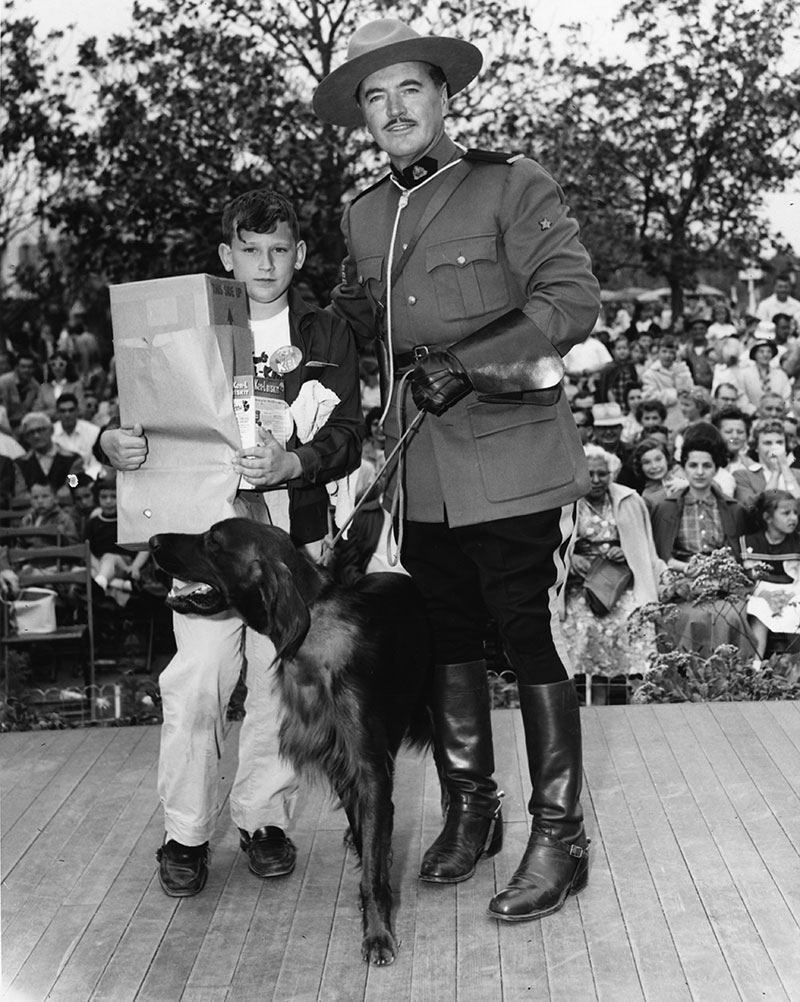 There was also a “Name the Puppy Contest” presided by Sergeant Preston of the Yukon. If your name was chosen, you were awarded “a genuine Alaskan malamute” dog. We suppose that this was so you could start your own pack of Alaskan snow dogs. For the second prize, “a pedigreed Cocker puppy,” as promotional material for the contest notes, “a friendly little dog and a great family favorite,” was given to the winner. 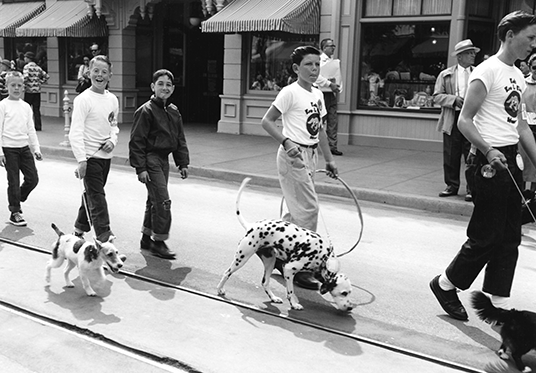 The dogs were put to the test at Disneyland in the Semi-Finals at 2 p.m. on Saturday, March 29, 1958, and the Finals, also at 2 p.m., the day after. Those dogs asked back for the Finals got to march in the 2:30 p.m. “Parade of Champions” on Main Street, U.S.A. The parade route started at the double gates next to the Opera House, went up Main Street, around the Plaza, down Main Street, around Town Square, and then they exited back through the double gates next to the Opera House. The Disneyland band provided music during the show of the dogs.

While we don’t have record of what the Disneyland band played, we would like to think they included Peggy Lee’s “He’s a Tramp” from Lady and the Tramp, Disney’s dog feature that was released just a few years earlier in 1955. 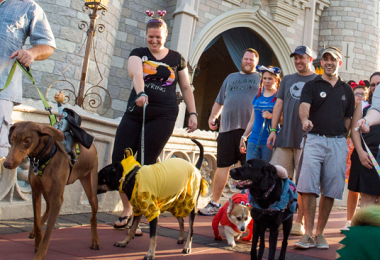 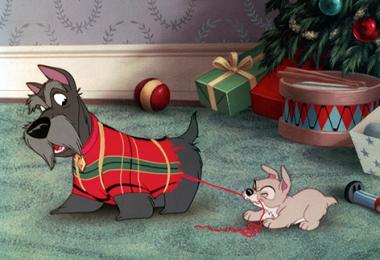