Home / News / D23 Exclusive / Kick Off The Holidays With A Parade

“It all started with the Mickey Mouse balloon,” Bill muses.

“We’ve had a great relationship ever since. The magic between Disney and the Macy’s Thanksgiving Day parade has spanned the decades.”

“In the spirit of full disclosure,” Bill Schermerhorn, Macy’s Creative Director, starts, “I should tell you that I am a card-carrying member of D23.” So begins our discussion with Bill, who for more than three decades, has been responsible for bringing the Macy’s Thanksgiving Day Parade to the streets of New York each Thanksgiving. “It’s the job you get once in a lifetime,” he says with a chuckle.

More than 80 years after Macy’s first parade—originally called the Macy’s Christmas Parade and later the Macy’s Thanksgiving Day Christmas Parade—the Macy’s Thanksgiving Day Parade is known as the “official” kickoff to the holiday season. And with more than 50 million viewers across the country and the more than 3.5 million spectators who line up along the streets of New York City each year, the three-hour spectacle is nothing short of a national icon.

According to Bill, his Official Disney Fan Club membership makes perfect sense, as Disney and Macy’s can be considered somewhat of a match made in heaven. “Both Macy’s and Disney believe in high-quality family entertainment,” explains Bill. “It’s a dream come true that we can work together.” 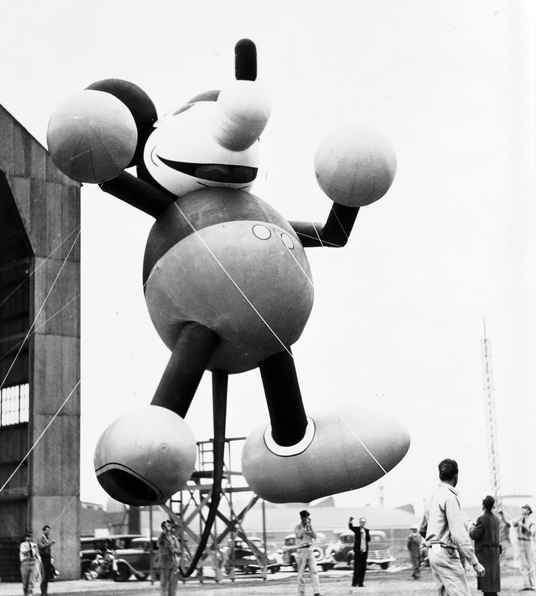 Disney got in on the Macy’s Thanksgiving Day Christmas Parade action 10 years after the first one hit the streets. “It all started with the Mickey Mouse balloon,” Bill muses about Disney’s entry. “We’ve had a great relationship ever since. The magic between Disney and the Macy’s Thanksgiving Day Parade has spanned the ages.” Pluto, the Big Bad Wolf, and the Little Pig balloons also debuted that same year.

In the decades that followed, Disney continued to pop up in the annual parade with balloons, floats, and special guests entertaining parade attendees and at-home viewers across the country. Some of Disney’s most noteworthy Macy’s Thanksgiving Day Parade moments include the introduction of an updated Mickey balloon in 1973 and the inclusion of a Santa Goofy balloon in 1993.

But Bill has his own favorite Disney parade moment. “My favorite was not that long ago when we had LeAnn Rimes perform on the showboat float, and we also had several Disney characters on that float with her,” Bill recalls. “What was also great about that moment is that we included children dressed up as their favorite Disney characters. For instance, we had Peter Pan with a little boy dressed as Peter Pan. It was a very special moment that only Disney could do in a Macy’s parade.”

You will have to tune in on Thanksgiving Day to see B.—and all of Disney’s parade participants—in action during this year’s annual Macy’s Thanksgiving Day Parade. As Bill puts it, “You never know where you’ll find a Disney character.” 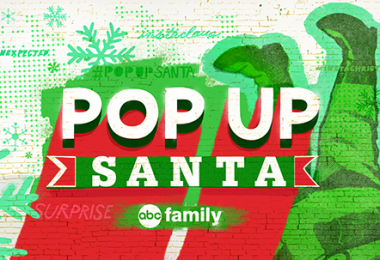 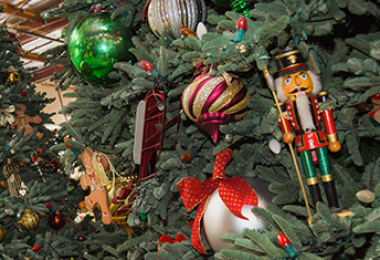