A lot has happened in the Marvel Cinematic Universe these past eight years. In 2008, Robert Downey Jr.’s Tony Stark created a suit of armor, starting a string of events that culminates with Captain America: Civil War, a Marvel Super Hero extravaganza on a giant scale—but also one of Marvel’s most intimate movies to date.

To understand the simmering tension that sets off the major confrontations in Civil War, it’s best to trace the through-story of Tony Stark/Iron Man and Steve Rogers/Captain America, which is what D23 does for you right here before the film opens in theaters on May 6. We track those storylines through the five essential films that lead up to Civil War. So buckle in—this is one exciting ride! 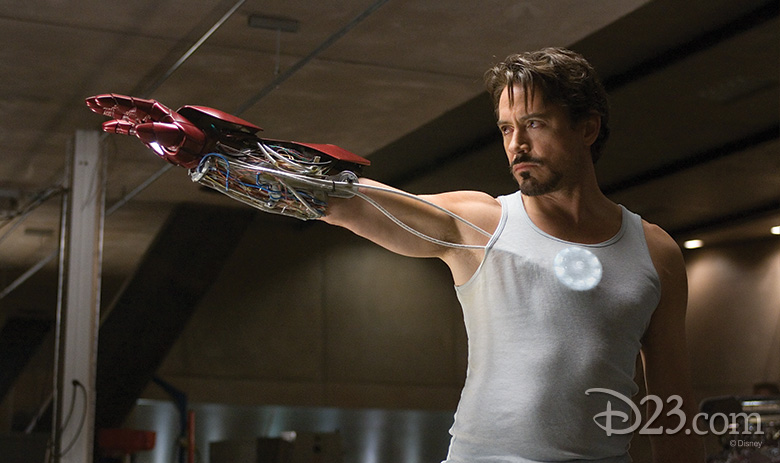 Iron Man (2008)
This is the blockbuster that started it all. Billionaire playboy Tony Stark creates and wears a super-powered iron suit that enables him to fight bad guys while at the same time keeping his injured heart beating. This film gives us a view of Tony’s chummy relationship with the U.S. Department of Defense, especially his buddy Rhodey, a high-ranking military officer who eventually gets an iron suit of his own. During the film’s end credits, mysterious Nick Fury—a commander in a far-reaching defense group called S.H.I.E.L.D, and played by Samuel L. Jackson—recruits Tony into a not-yet-formed new group called The Avengers. 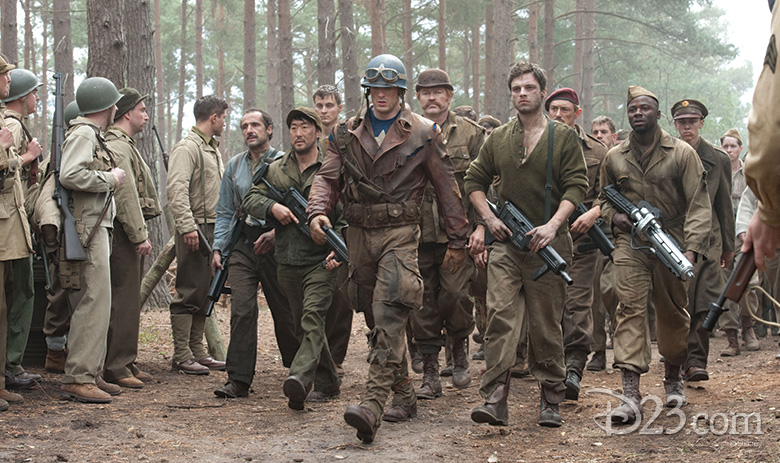 Captain America: The First Avenger (2011)
Scrawny good guy Steve Rogers wants to join the military with his best pal Bucky to fight Hitler’s forces during the second World War, but because of Steve’s puny size, he’s rejected. An experimental drug changes all that, though, turning Steve into a muscle-bound super-soldier who becomes a symbol of American might and patriotism. During a particularly daring mission, Bucky seemingly falls to his death from a train and Steve’s plane crashes into the Arctic, where he freezes in the ice, only to be awakened 70 years later by none other than Nick Fury, who invites him to join the Avengers. 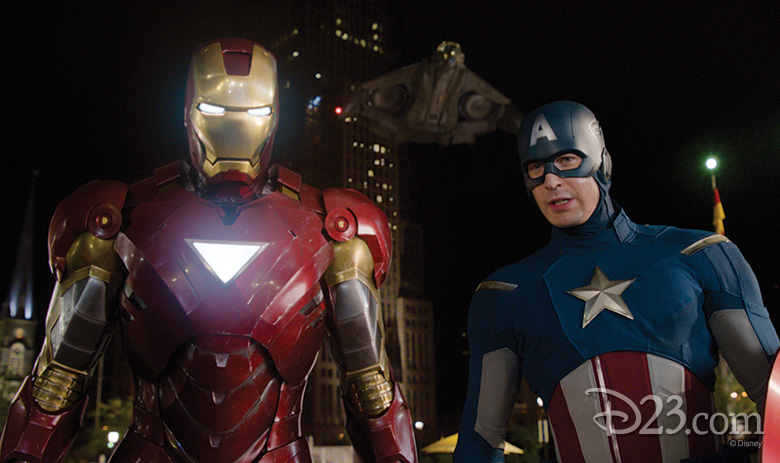 The Avengers (2012)
Serving as the completion of Marvel’s PHASE 1, The Avengers assembled all of Marvel’s heroes onto one team to fight a threat from outer space. The battle destroyed large swaths of New York City, but eventually the Avengers saved the Earth in what became the biggest super hero movie of all time—and they also ate shawarma. 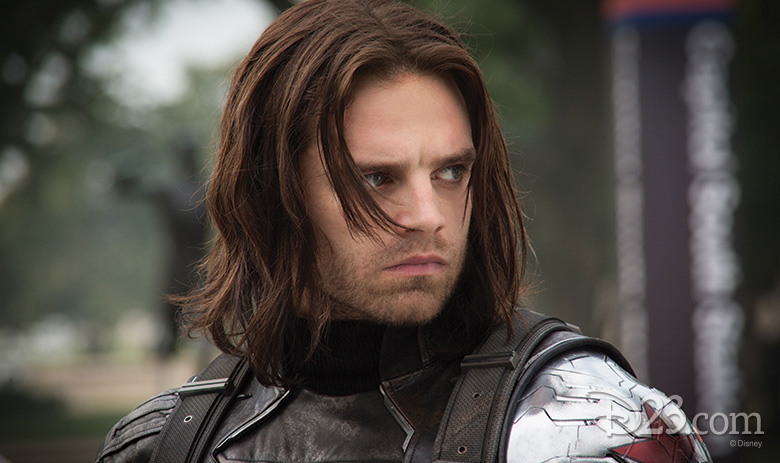 Captain America: Winter Soldier (2014)
This next film really packed a punch and upended everything we thought we knew. Captain America: Winter Soldier is the film where Steve and Bucky’s story picks back up. Long thought dead from his fall from the train back in the 1940s, Bucky returns as an enhanced assassin, sent by the mysterious organization known as Hydra to help take down S.H.I.E.L.D. Bucky’s mind has been taken over by Hydra, so he doesn’t have a clear picture of what he’s doing. Steve is torn between his loyalty to his country and his devotion to his friend. Ultimately, S.H.I.E.L.D. is left in tatters, Bucky escapes, and Steve becomes determined to find his friend and bring him back around. 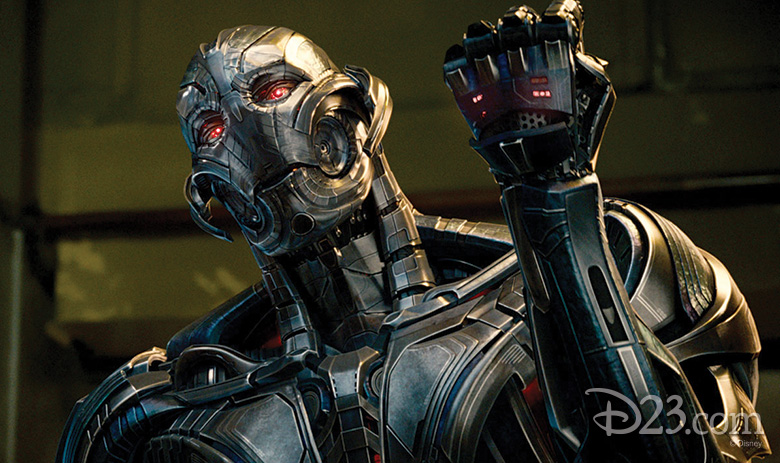 Avengers: Age of Ultron (2015)
Trying to stave off any future attacks by interstellar invaders, Tony and Bruce Banner (the Hulk) create an artificial intelligence program to safeguard the planet. But something goes terribly wrong, transforming the program into Ultron, a robot determined to rid the world of humanity, thus ridding it of strife. The Avengers are eventually able to defeat Ultron, and create a new Avenger while doing it, The Vision. The fallout from the battle weighs heavily though. Which brings us right up to… 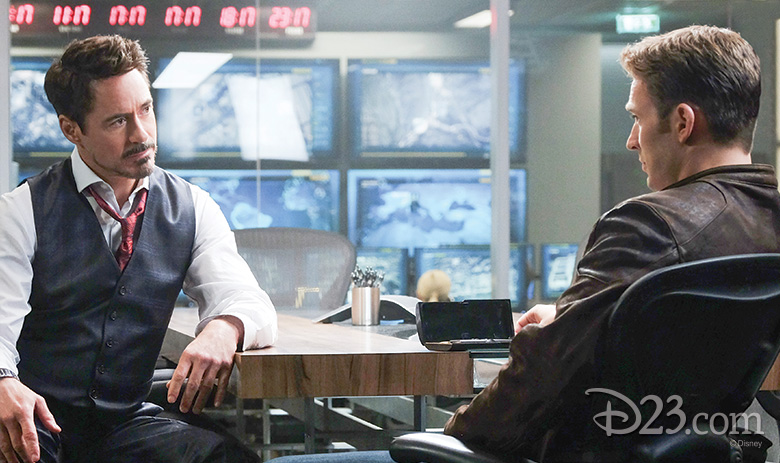 Captain America: Civil War (2016)
…Captain America: Civil War. Tony Stark feels immense guilt for creating Ultron and inflicting him on humankind. Steve Rogers just wants to do the right thing. But when an international governing body seeks to take control of the Avengers, Tony and Steve part ways, each one pursuing a different course of action: Tony thinks that accepting government oversight over the Avengers isn’t a terrible thing—especially considering the terrible loss of life because of the Battle of New York and the battle with Ultron. Steve, on the other hand, prefers independence—he feels as if the Avengers are doing the best job they can. Tensions rise. Friendships fracture. And Earth’s Mightiest Heroes go to war. A Civil War. 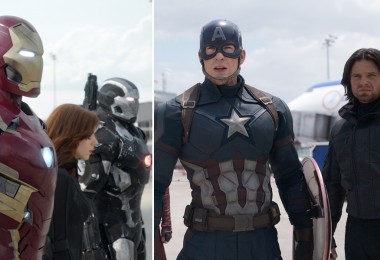