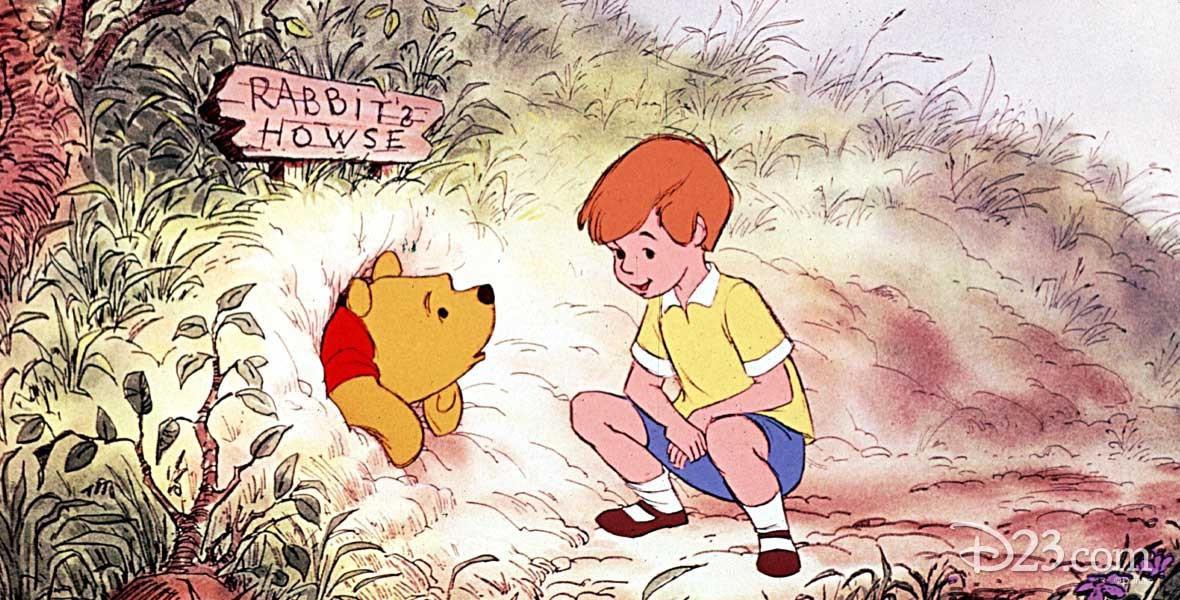 Winnie the Pooh A.A. Milne character first animated by Disney artists in Winnie the Pooh and the Honey Tree (1966), and later appearing in three additional theatrical featurettes, along with educational films and television series. Pooh became one of the more popular Disney characters on merchandise, due to an early exclusive marketing agreement with Sears. Voiced by Sterling Holloway and later Hal Smith and Jim Cummings. Three of the featurettes were combined, with connecting animation, and released as a feature—The Many Adventures of Winnie the Pooh. See The New Adventures of Winnie the Pooh for the television version,and four features (The Tigger Movie, Piglet’s Big Movie, Pooh’s Heffalump Movie, and Winnie the Pooh).