Home / Disney A to Z / T / Twilight Zone Tower of Terror, The 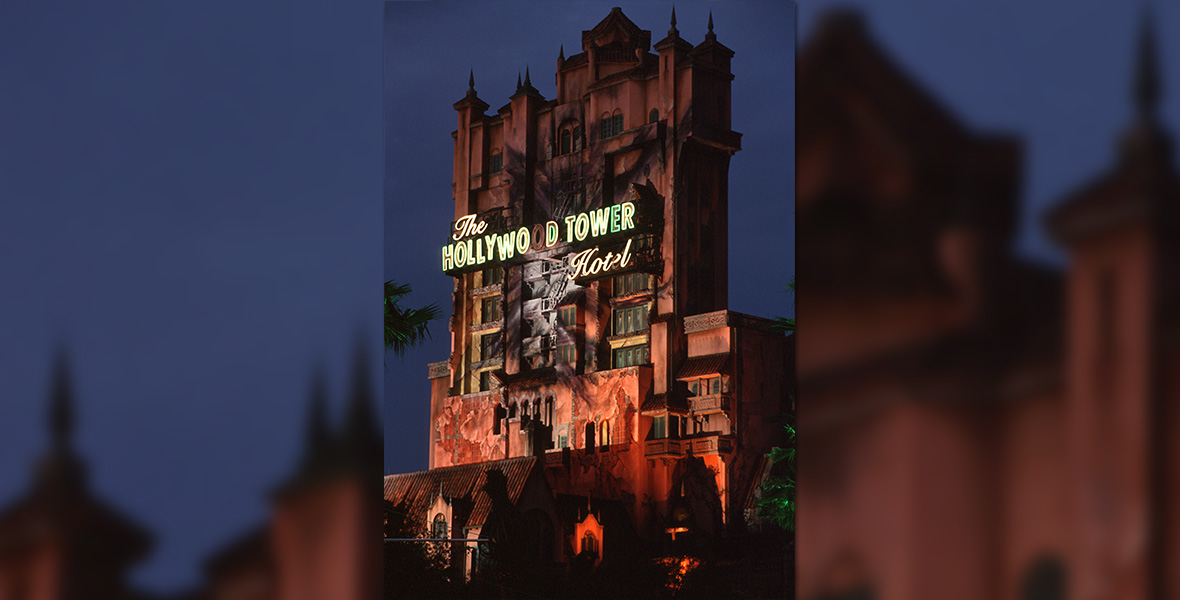 Twilight Zone Tower of Terror, The Attraction on Sunset Boulevard at Disney-MGM Studios; opened on Jul. 22, 1994. Guests take a strange odyssey through the remains of a decaying Hollywood hotel, visiting the lobby, the library, where Rod Serling on a television set helps get visitors in the proper mood, and the boiler room. The adventure climaxes in a 13-story drop in a runaway service elevator. Over the next two years, the experience was enhanced by the addition of two more drops on the elevator. In 1999, even more drops were added to the experience, and on December 31, 2002 the drops became random, controlled by the attraction itself. A similar attraction, 183 feet in height, at Disney California Adventure opened on May 5, 2004, and another at Tokyo DisneySea on Sep. 4, 2006. The Tokyo version features a totally new backstory—adventurer Harrison Hightower III who founded the Hotel Hightower and filled it with curios gathered on his worldwide treks mysteriously disappeared in 1899 after unveiling a stolen idol, Shiriki Utundu, and now, 13 years later in 1912, the New York Preservation Society has opened the hotel for tours. A fourth version, Twilight Zone Tower of Terror: Un Saut dans la Quatrième Dimension, opened at Walt Disney Studios Paris on Dec. 22, 2007. The Disney California Adventure attraction closed on Jan. 2, 2016, to be transformed into Guardians of the Galaxy – Mission: BREAKOUT!