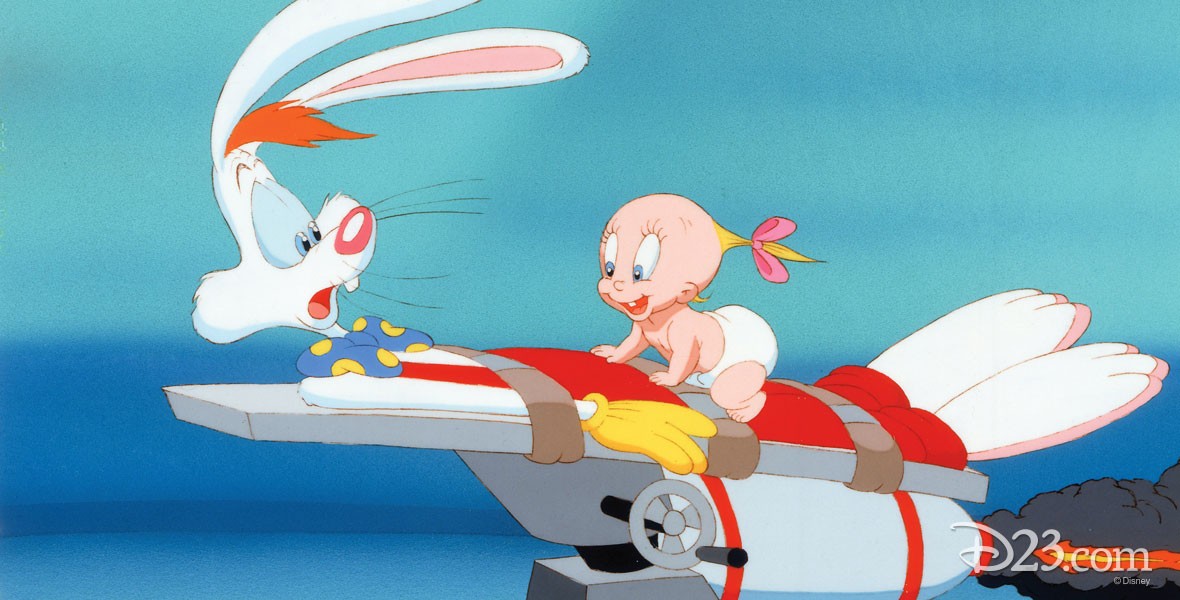 Tummy Trouble (film) Roger Rabbit cartoon; released on June 23, 1989. Directed by Rob Minkoff. Roger Rabbit is left to babysit with the mischievous Baby Herman. The infant swallows a toy rattle, which is just the beginning of Roger’s troubles. When he rushes the baby to the hospital, the duo gets involved in a multitude of misadventures. Voices by Charles Fleischer (Roger Rabbit), Kathleen Turner (Jessica), April Winchell/Lou Hirsch (Baby Herman). The first short cartoon made by the Disney Studio in 24 years. Released on video in 1990 with Honey, I Shrunk the Kids.

Tugboat Mickey (film) Tunes Behind the Toons, The (film)