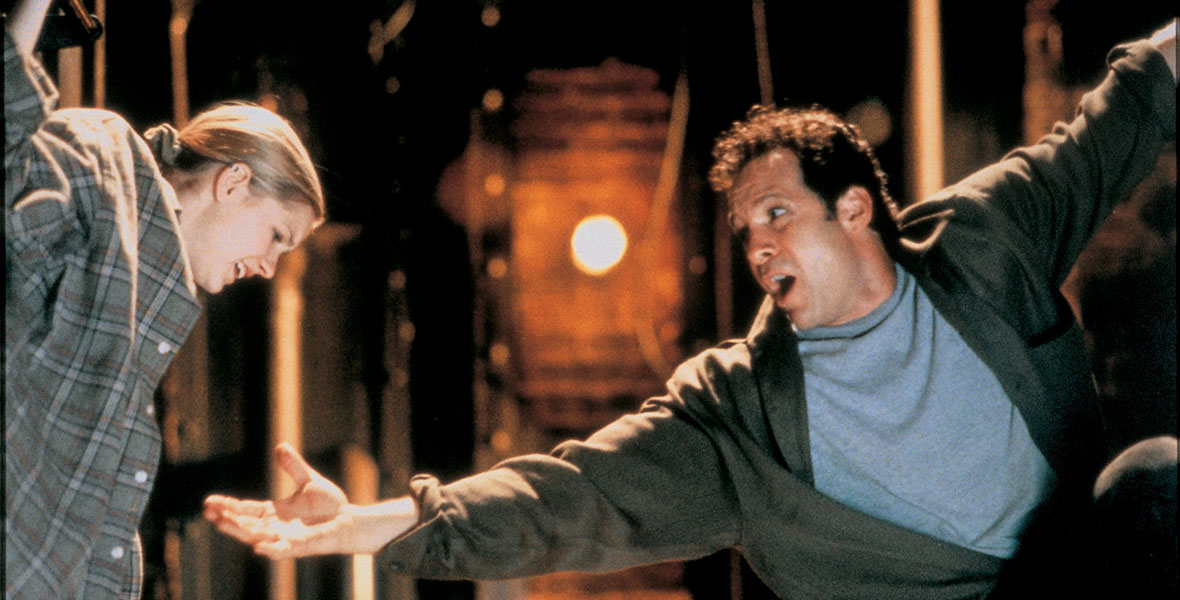 Tower of Terror (television)  Two-hour made-for-television movie, which aired on The Wonderful World of Disney on October 26, 1997.  When lightning strikes the deluxe Hollywood Tower Hotel in 1939, five people, including child superstar Sally Shine, suddenly vanish from an elevator en route to a Halloween gala at the Tip Top Club on the top floor.  Haunted by the incident, the swank hotel closes overnight and falls into disrepair.  Nearly 60 years later, a down-on-his-luck journalist, Buzzy Crocker, with help from his spunky niece, Anna, and former boss/old flame Jill Whitman, is suddenly given reason to believe he can solve the mystery.  Directed by D.J. MacHale.  Stars Lindsay Ridgeway (Sally Shine), Steve Guttenberg (Buzzy Crocker), Kirsten Dunst (Anna Petterson), Nia Peeples (Jill Whitman).  This movie is perhaps the first to be based on a theme park attraction, rather than vice versa.  However, since it was not possible to film in The Twilight Zone Tower of Terror at the Disney-MGM Studios (in the film, the lobby had to be shown in its 1939 splendor and then aged to 1997), an accurate replica was built in a warehouse. Released on video in 1999.